We had a fantastic (i.e., long) conversation, so I’ve broken up the interview into two parts. Part 1 is available here.

GeekDad: You discuss this in the book, but what’s your advice for parents who don’t feel comfortable in nature or “the wilderness” themselves?

Scott Sampson: Yeah, there are some parents who say, “I don’t want to take my kids outside because I don’t know anything about nature, and they’re going to ask questions.” The most important thing to remember there is you don’t need to have the answers. In fact, you don’t need to have any answers. The questions turn out to be far more powerful than answers at provoking curiosity and wonder. So just get kids outside and then ask them questions about their experiences when they come back in. That alone is being a nature mentor.

If you want to read stories to kids and get them telling stories, that’s going to make it powerful as well. But the key is: Parents don’t need to be experts at all. They just need to make a habit of getting kids out. The one thing I do ask of adults is to think about making a value of nature. Many grown-ups these days feel no connection whatsoever to the natural world. They don’t even notice it. What I suggest is when you step outside the front door in the morning, stop for 10 seconds–all of us can afford that–and just notice what’s going on. Are there birds singing? What are the clouds like? How does the air feel? If you notice nature, then your kids will too. And let’s face it: kids watch more what we do than what we say.

If you can develop a nature passion–something you like to do outdoors, such as art or birding or hiking or skiing or surfing–and you can bring kids along with you, that’s also going to be a powerful value that the kids are more likely to pick up on. Because you now make it part of your life. I understand that we’re all busy and we can’t do these things, but we have to think about the risks we’re taking by not letting kids go out and connect with the natural world.

GD: One of the most eye-opening statistics you cite is that by the time most children enter kindergarten, they’ve consumed over 5,000 hours of television, which is enough time to earn a college degree. I think a majority of geek dads and moms have a love affair to some extent with technology and gadgets. What’s the best way to juggle that love while also instilling a healthy respect for the natural world?

SS: That’s a great question. What I’m not arguing is that we all need to unplug and go back to nature. Instead, what I’m saying is let’s go into a future that is rich in technology and nature. Right now, the average kid watches 7-10 hours a day of screens, and they get less than 7 minutes outdoors. So let’s balance that time.

The other thing is, let’s leverage technology in the pursuit of nature connection. Whether it’s using your phone to go geocaching to find things that have been hidden, or to download an app that helps you identify stars, constellations, rocks, plants, birds, whatever that might be, you can get kids involved being scientists where they make observations of things in nature and upload that to an app called iNaturalist, and scientists will actually use that information to publish papers.

There’s lots of ways to leverage technology to help us. The key here is just to shoot for a better balance. That’s what we’re always trying to do as parents, right? Right now, our kids are overwhelmed with the siren call of technology, so let’s put some limits on that and balance it a little bit better with time in nature.

GD: Some would say that one of the most powerful aspects of the Internet is its ability to shrink not only the world but also the universe. Kids today have the ability to virtually travel almost anywhere in the known universe, see the sights, hear the sounds, and learn about practically anything. There’s a compelling value there, but how does that intangible value of being able to get anything with just a few keystrokes compare with hands-on play and exploration in nature that you talk about in the book?

SS: One of the things that we’re lacking today is a sense of place. We are effectively a “dis-placed” culture. When we go outside, we’re often looking at chain stores, we’re not engaging with the natural world … we don’t really think about it. And it’s tragic to my mind that in education a student in Denver or Miami or Tulsa or Timbuktu can be learning exactly the same thing in any given classroom. We need to think about tying what kids learn to where they live so they start engaging with those places.

I’m not just talking nature. The culture, the history–kids need to care about those places. This turns out to not just be critical for the health of children but for the health of those actual places. Let’s be honest, we’re in the middle of a sustainability crisis, and the scientists tell us we have about a generation to come up with a new cultural direction. Why is anyone going to become sustainable if they don’t care about where they live? And why are they going to care if they never spend any time outside engaging with that place?

GD: You’re also the brand ambassador for The Nature Conservancy’s Nature Rocks program. Can you tell me a little bit about that?

SS: Yeah, Nature Rocks is a program started by The Nature Conservancy to really connect kids with nature. They have envisioned it as a clearinghouse of opportunities–something parents can go to and find out about activities going on in that area. Because of my work connecting kids with nature through Dinosaur Train, through this book, through lectures and other things, they asked me to come on as the ambassador for the program, which I’m honored to do.

Nature Conservancy is a wonderful organization. Like many other organizations of that ilk, they’re starting to realize that their long-term future is going to depend on getting kids engaged in the natural world. The decision to preserve public lands or wild areas is made by every generation. If this generation growing up doesn’t spend any time in those places, why are they going to decide to preserve them going forward? Once again, it’s critical for conservation issues as well. 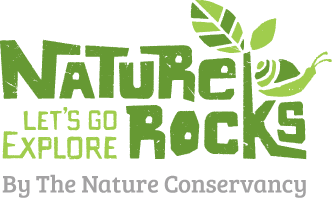 SS: What’s next for me? Well, I think the biggest thing right now is that I see this children in nature movement as largely still a white, affluent movement, and that needs to change. This has to be a movement for every kid, no matter what their family income, no matter what their skin color. In my mind, we need to leverage all the great things that are going on in every city–there are dozens of organizations in every city that are working on nature connection, but I think they need to collaborate more. And we need to think about how to scale our efforts so we can move the needle at that urban scale and really make a difference.

For that to happen, we have to not only get kids outside engaging with nature, we actually have to create more nature. We have to restore nature to urban areas through planting native plants, etc. This is in particular true for underserved communities–communities of color that may not have the beautiful parks that some of the other more affluent communities have. This is the work that I’m engaged in here in Denver, through the Denver Museum of Nature and Science, and it’s the work that I’m encouraging around the country.

GD: Where can people go if they want to learn more about you, the book, or anything else in which you’re involved?

SS: I encourage folks to go to raiseawildchild.com, and there you’ll find tips, you’ll find a place to buy the book if you’re interested, there’s this 30×3 wild child nature challenge, there’s even a raise a wild child photo contest. I’ll be updating that with more content as time goes by.