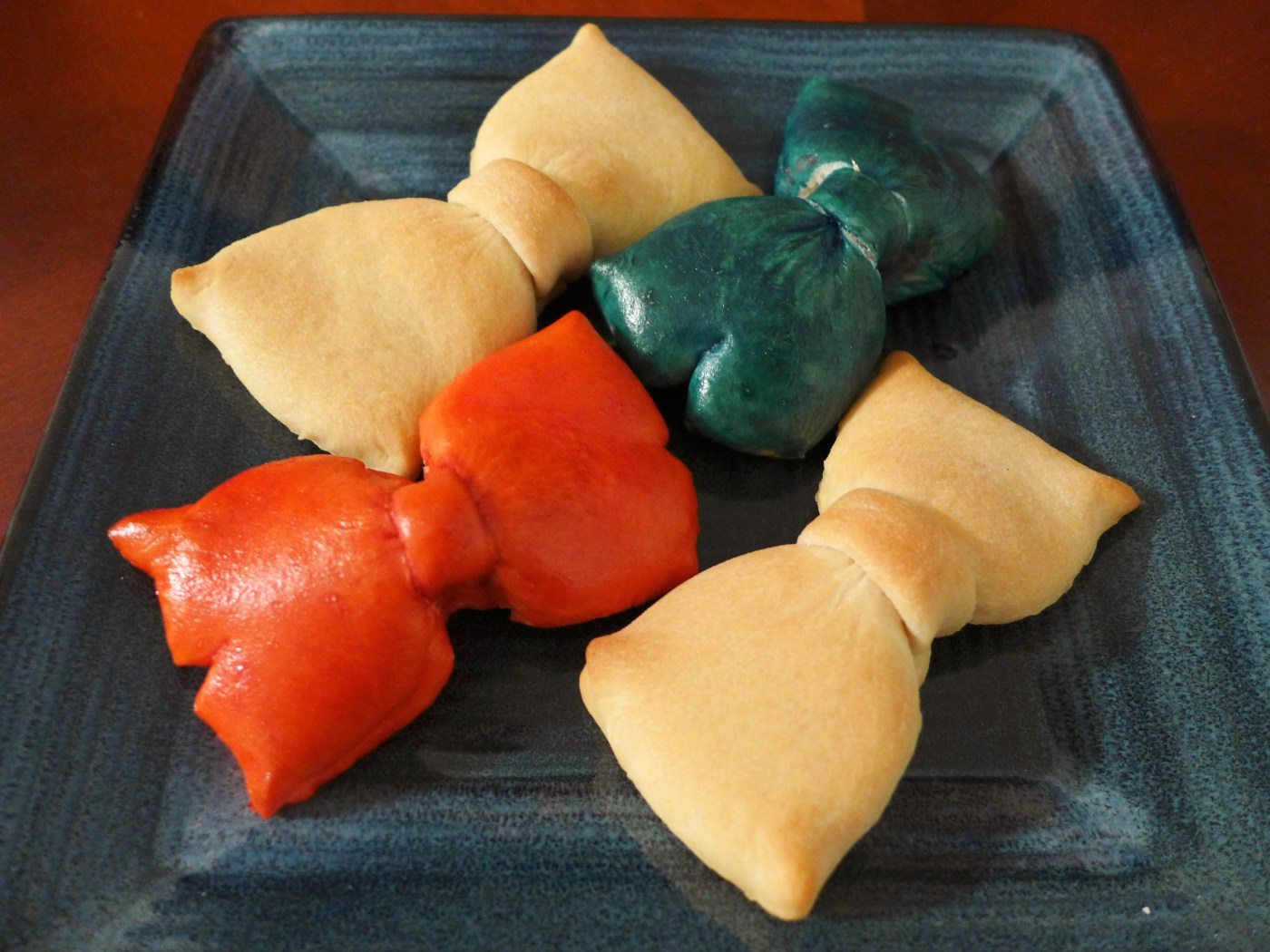 The wonderfully tasty mind of Kitchen Overlord creator Chris-Rachael Oseland is cooking up even more great treats for Whovians and foodies alike by regenerating her bestselling Dining With The Doctor cookbook.

The new second edition, being funded through Kickstarter, will include more than 140 Whovian recipes, including 60 from the original cookbook and more than 60 new recipes, high-quality photography, interior artwork by Tom Gordon (illustrator for Oseland’s Kitchen Overlord’s Illustrated Geek Cookbook), bonus chapters for cocktails and “Fish Fingers and Custard,” and an updated index with dietary restrictions.

Oseland said this new Regenerated version was really her original intention for the book. When she was looking to publish the first edition she told by publishers there would be no demand for it. They couldn’t have been more wrong, as she published the book herself, with the help of Amazon’s Print on Demand Service, CreateSpace, with tremendous response.

“At best, (publishers said) maybe I’d sell 200 to 300 copies,” Oseland explained. “I decided what the heck. I’ll publish it using CreateSpace and the 300 people who buy it will throw the world’s most kick-ass watch parties. Instead of 300 copies, in the last three years it sold closer to 30,000.”

She said, however, she wasn’t always happy with the high sales, because she knew she could create a better looking publication than a program like CreateSpace allowed.

“I had to cram over 50,000 words of text plus as many photos as I could fit onto 100 pages in order to keep the book under $20 (which) resulted in a book that had a lot of great content, but a pretty fugly interior,” she said. “When I made my one thousandth sale, I knew I had to revise it.”

She admits, although she has many different interests, and has been watching shows like Continuum, 12 Monkeys, and a few other “Canadian shows that aren’t time travel related,” Doctor Who is her biggest fandom. As such, she said creating a cookbook worthy of her passion for the show has been on her mind since the release of Dining With The Doctor.

“I have a visceral, bone deep need to replace that well intentioned yet fugly CreateSpace edition with an attractive book people can leave on their coffee tables to show off how amazing Doctor Who really is,” she said. “I’ve published three more books since this one came out, and I now have the experience and resources to finally create the book we all wanted in the first place.”

Oseland’s other books include An Unexpected Cookbook: The Unofficial Book of Hobbit Cookery, Wood for Sheep: The Unauthorized Settlers Cookbook and SteamDrunks: 101 Steampunk Cocktails and Mixed Drinks.

She said it continues to blow her mind how many traditional publishers still say there is no market for grown-up geek cookbooks.

“The few they put out for kids are full of public domain recipes with action figures or cheap line art, like the insult that was Wookie Cookies,” she said. “Even Wood for Sheep: The Unauthorized Settlers Cookbook sold over 1,000 copies its first month, and that’s a super small niche audience.”

Oseland said she suspects the real problem is traditional publishers still adhere to two misconceptions: that cookbooks are just for women, and women aren’t geeks.

“If you honestly believe those two things, then the success of my books is a shocking novelty that’ll pass any day now,” she said. “I, on the other hand, see my ongoing sales as evidence that no matter how much Marvel may try to erase evidence of The Black Widow from everything but the movie, gender roles are softening on both sides. Boys can cook. Girls are geeks. And we all like to throw big nerdy parties together.”

Whovians, especially fans of the new series, should find plenty to love in this new edition, as Oseland has successfully taken on the heady task of creating one recipe for each episode in Series One through Eight. That’s 116 episodes and four Doctors worth of recipes.

“Dining With the Doctor: Regenerated is going to be a brick of a book because I’m including a recipe and mini recap for every episode of series One through Eight. So if you’re into ‘NuWho’ (the 2005 reboot onwards) I’ve totally got you covered,” she said. “I’m hoping to make enough on the Kickstarter to include photos for every recipe as well, but I might have to limit it to only 100 food photos.”

Due to the format, she said this book doesn’t include any of the Classic Who era, simply due to space issues. There are, after all, nearly 900 episodes of the show since it first aired in 1963.

“That’s way too many episodes for me to tackle. You’d end up with a book the size of an encyclopedia set,” she said. “However, if this book does well, I have a different format in mind for a future cookbook that would pay homage to the original series.”

Oseland refers to herself as a “second generation” geek, a trait which she said gives her a weird advantage in making dishes that are both unusual and appealing.

“Most people would consider the following a negative character class trait, but I’ve turned it into a power up,” she said.

She explained one of the ways her geekdom works for her is dealing with the diet restrictions it seems everyone has today.

“I swear this is a power up (for me),” she said. “You can’t get four geeks in a room without discovering five things wrong with our digestive systems. I love having people over for dinner, watch parties, Catan nights, you name it. A lifetime of experience taught me how to tailor dishes so my friends with celiac disease could share a meal with my vegan and kosher friends. These days, you can add Paleo, halal, and a few other things into the mix. When that kind of challenge is the neutral background of every single gathering, tweaking recipes so they look like an Alien Xenomorph egg (vegan, paleo, gluten free) is really no big deal.”

Oseland said all of her cookbooks have an index broken down by dietary restriction, as well, so there’s room for everyone around what she calls the “big geek table.”

“I see it as my job to help my fellow geeks find the best ways to make sure all their friends are welcome,” she said.

Oseland is always looking for new geeky inspirations, and geeky food-lovers can look forward to an edible Stargate and something from The Flash once the Kickstarter is completed.

“I’m also brimming over with so many Orphan Black ideas,” she said. “If those go over well with readers, I may indulge myself in a cookbook. Due to the ratings, I know it wouldn’t be a huge seller, but there’s so much there I want to dive into.”

Dining With the Doctor: Regenerated is expected to come out in June of 2016. Contributions to the Kickstarter start at $10 and can be made through June 2.

Oseland was kind enough to share some sample recipes with GeekMom readers, inspired by The Satan Pit episode of Series 2:

Deviled Ood with Horseradish and Bacon
Recipe by Chris-Rachel Oseland

Bring a pot of water to a rolling boil so it resembles an angry interstellar vortex. Seed the potential alternate universe on the other side with new life by using a slotted spoon to submerge all 12 of your eggs.

Once your eggs are boiled, submerge them in cold water to cool down. While the eggs cool, cut your bacon into narrow strips and fry it up in a pan.

Once your eggs are boiled and bacon is fried, grab a bowl. Dump in your mayonnaise, horseradish, vinegar, mustard, garlic, and salt. If you have beef drippings, add those, too. Peel your eggs and cut them in half lengthwise so they look like oval Ood faces. Scoop out the yolk brains and add them to the mayo mix.

Mash everything in the mayo bowl like you’re trying to crush the memories of oppression from your Ood’s brain. Once everything is as smooth as the musical stylings of an imprisoned Ood elder, spice it up with a couple basil leaves, chopped fine.

Now that you have a tasty brain-replacement filling, cut your cucumber into 24 slices.

Look at the yolk hole in your eggs. It reminds you of the hole in an Ood’s soul from removing their brains. Fill it with something new, something different, something of your own creation. Or a spoon full of the yolk and mayo filling since you have it right there.

Normally, you’d proudly display the open wounds of a freshly cut egg, but in this case, we’re going to hide the injuries by slapping the filled side of an egg onto a cucumber slice to keep the filling from falling out like an Ood dropping its external brain.

Add a couple slices of basil to represent your Ood’s eyes. Finish it off with a fresh mound of crispy bacon mouth tentacles. 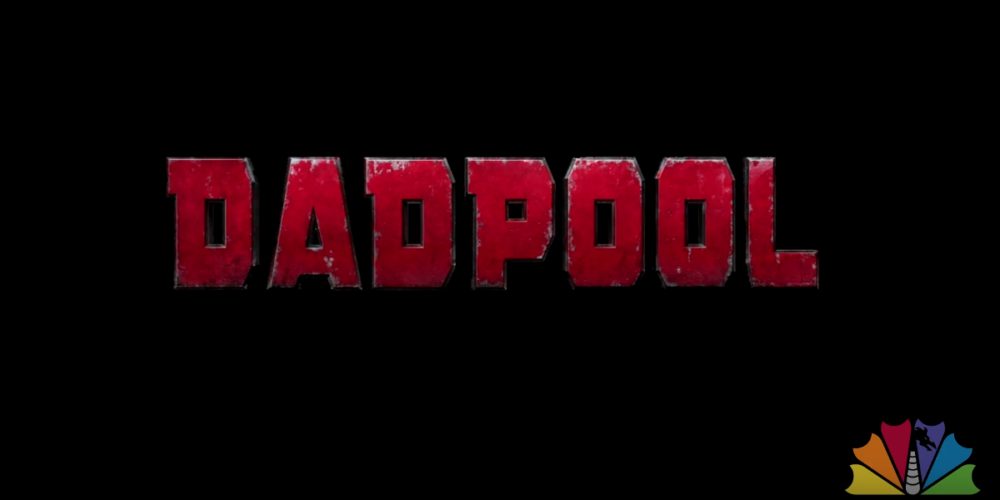