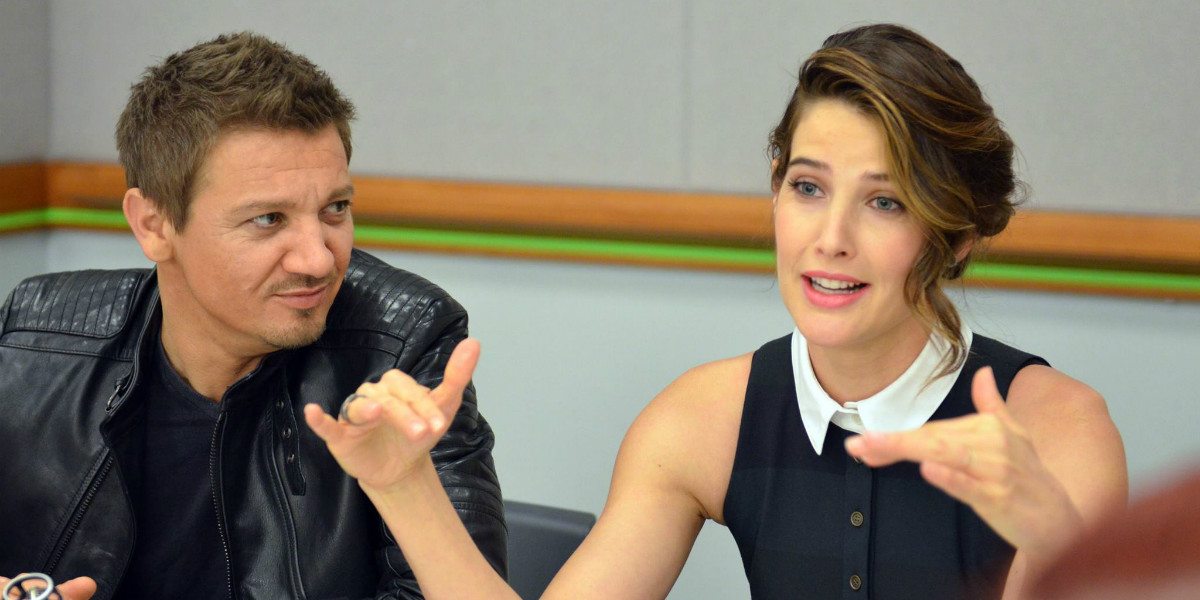 Note: If you haven’t seen Avengers: Age of Ultron yet, and don’t want to see spoilers for it, please save a link to this article and come back to it after you’ve seen the film. In other words: Spoiler Alert!

On my press trip to L.A. last month for Avengers: Age of Ultron, my fellow bloggers and I had the privilege of sitting down and talking with quite a few members of the movie’s cast. Among the interviews we did, we spoke with Jeremy Renner (“Hawkeye”) and Cobie Smulders (“Maria Hill”). If you’ve seen the film, you’ll understand why the article about this particular interview is being published after the movie’s debut, because it would be pretty hard to avoid spoilers in discussing Hawkeye’s role.

In fact, we jumped right into spoiler territory with the very first question posed to Renner. Here are some of the highlights from the interview:

Question:
I saw you as a great role model for dads. How do you see that, as your character?
Renner:
As far as a role model, I don’t know. Those are always hard to talk to. I think you’d have to ask my daughter if I’m a good daddy role model.

But yeah, I think it’s a cool aspect to the character that was brought up. It was brought up actually for the first Avengers, but not even nearly as cool because they were gone. But in this one, it’s [a] fantastic sort of reveal that he’s a daddy. And that’s what he fights for [be]cause for me personally it’s a very emotional thing. I think just in general, audiences can kind of grab on to that. [Be]cause it’s something very real.

A bit later, Smulders was asked how she felt playing a strong female character in the midst of the obviously male-driven movie. She replied:

Smulders:
It’s fun. It’s very fun. I mean, it’s interesting because people talk about that a lot with these films that there’s few females. And it’s a male driven film. But maybe it’s because this is our second one, we all get along so well. I don’t feel that divide on set. All the guys are really great and nice and handsome, [LAUGHTER] every single one of them, some more than others. [LAUGHTER]
Renner:
In the dark. [LAUGHTER]
Smulders:
But it is fun. I mean we have some other strong females, Scarlett [Johansson, aka “Black Widow”] and now Lizzie [Olsen, aka “Scarlet Witch”]. And it’s just nice seeing more women coming into these films.
Renner:
It’s good for us too.
Smulders:
Yeah.
Renner:
Seriously. I mean I love Hemsworth. But, you know… [LAUGHTER]

Both actors were asked about which scenes they found were the most difficult to film.

It’s [also] a little tricky to [be] precise with it and the camera angles. It’s just technical… But to me I think it’s fun because it’s like a dance. And there’s a technique to all that stuff.

Smulders:
In terms of the most difficult scene, in this movie there’s a lot of scenes where we’re all in the scene together…
Renner:
Those are all difficult scenes, right?
Smulders:
We have a lot of fun together. So it’s a hard group to wrangle as well. But these scenes, we take multiple days to shoot them [be]cause there’s so much coverage. So on the third day you’re like, “Wait, what are we doing? And what is the scene? And what did I say?” And you sort of feel like you’re in this Groundhog Day where you’re doing the same thing over. But you’re trying to remember exactly how you did it the day before. And so that’s challenging. I mean that’s not a hard thing. But it can get a little bit tiring at times.

Question:
So we got to see Hawkeye at home. And I think we’re all ready for Maria Hill at home.
Smulders:
Oh, I feel like she sleeps in Avengers Tower. Like, her desk just kind of converts into a bed. And she gets her two hours. And then she springs back up and gets back to work!
Question:
I was wondering: Do you have an idea of what you think Maria Hill is doing when she’s off [duty]?
Smulders:
I don’t think she gets a lot of time off. I don’t think she has much of a personal life. It’d be an interesting thing to explore, for sure. But I don’t think that she’s getting out into the world very often.

If you haven’t yet, please read my review of Avengers: Age of Ultron, my list of 7 Things Parents Should Know about the film, and the various other interviews I’ve published on GeekDad regarding the movie. And check back here on GeekDad later this week for my article on the group interview from the press trip with James Spader and Paul Bettany. 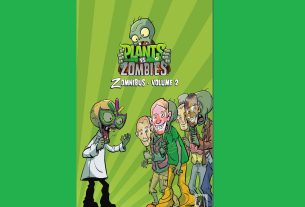 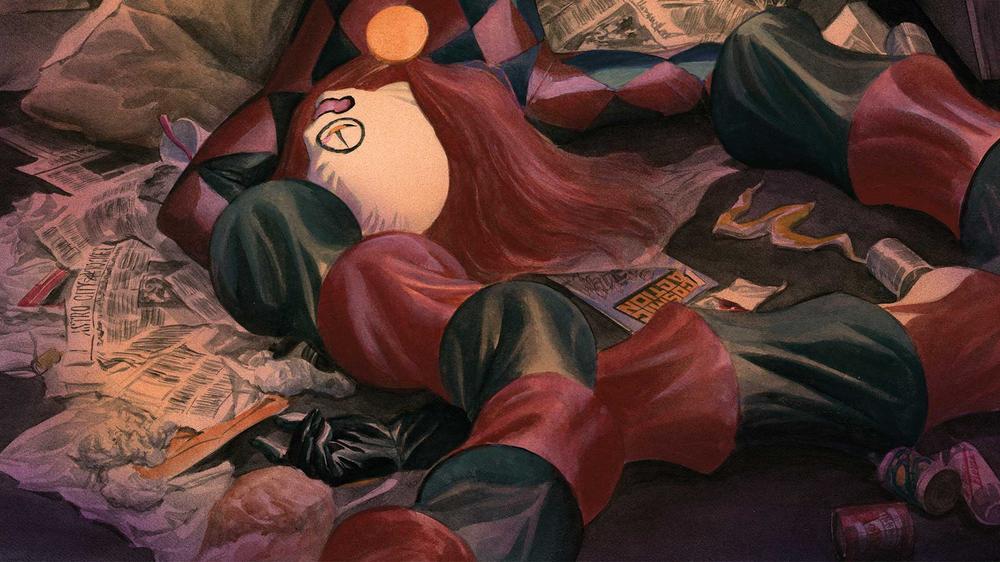