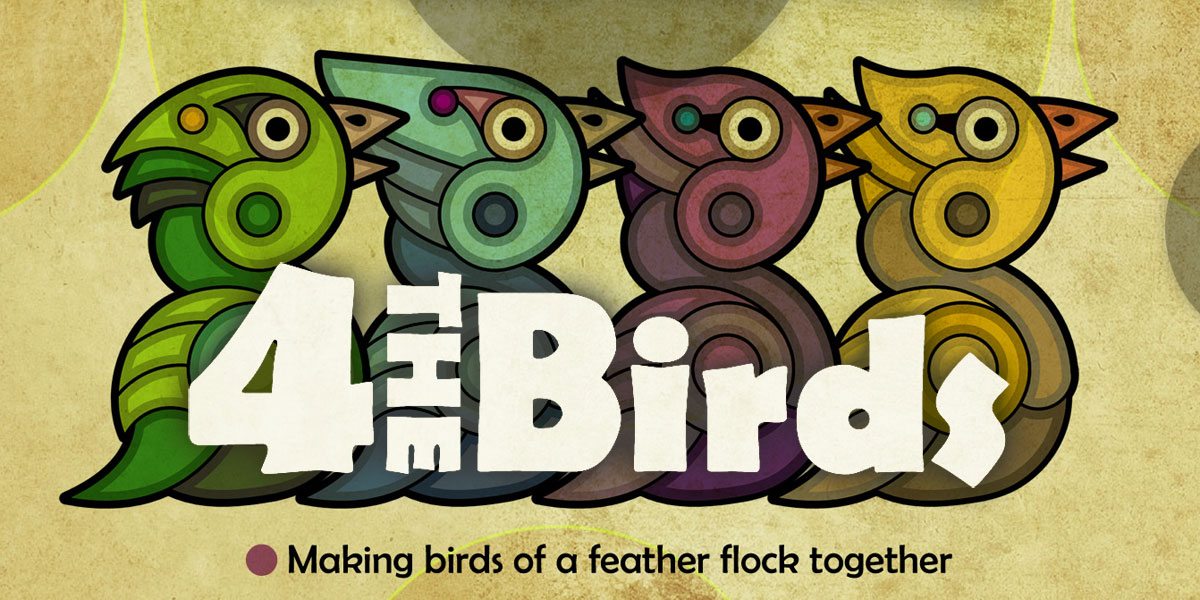 It’s tough being a bird. You’re just trying to find a nice perch on the tree with the rest of your budgies, but you gotta watch out for those nosy crows and the cantankerous hawks, not to mention a bunch of other birdbrains who think it’s their tree. I tell ya: all this competition is 4 the Birds!

At a glance: 4 the Birds! is for 2 to 6 players, ages 8 and up, and usually takes less than half an hour to play. It didn’t fund on its first attempt but is back on Kickstarter with some changes (including a lower funding goal). The base pledge level for a copy of the game is $29, or you can get access to a print-and-play version for $10.

New to Kickstarter? Be sure to read our crowdfunding primer!

The board itself will be a quad-fold board; unlike the prototype, which has two sides for different player counts, the final board is single-sided but has an outer section that will not be used in a 2-3 player game. The spaces on the board are numbered, and when you roll the dice, the dice act as coordinates on the board. It also is an actual square now rather than the rounded square from the prototype, which will make it easier to identify the coordinates.

The prototype (and the original Kickstarter project) was for laser-cut wooden bird pawns, which are pretty cool, but significantly more expensive. So the new project will use high-density cardboard for the pawns, but a similar design so you assemble the two pieces of the bird to make a 3D pawn. (If you’re just a fan of the pawns, you can even back just to get a wooden pawn necklace or a set of the cardboard birds.)

The birds will end up looking something like this:

The game has gotten a visual overhaul since the first Kickstarter by Ben Crenshaw of Bent Castle Workshops (publishers of Numbers League) and I really dig the design. One thing I liked about the birds is that they’re not all identical–the bluejays and cardinals have the longer pointed head, the finches and orioles have rounded heads, and the budgies and martins have tufted heads.

I’ve gotten to see some prototypes of the new birds, and although the laser-cut wood is great, the new pawns look sharp. The graphics are great and very vivid.

The action tokens are color coded, but each player has the same set of actions. In the final game, they will be square cardboard tokens rather than cards, which I think will make sense because they don’t ever need to be shuffled. In the final game, each of the actions has a name like “Shoo” or “Peck,” but the descriptions of the actions are pretty easy to understand. Each set of tokens will have the corresponding bird’s name and head on the back.

The object of the game is to get four of your birds either in a square or in a row. (If they’re in a row, there must be a straight line connecting the four birds on the board–some spots don’t have diagonal lines.)

Each player gets six birds and matching action tokens. For 2 or 3 players, you’ll use the 8-sided dice; for 4 to 6 players, you’ll use the 10-sided dice. First, to set up, one player will roll the dice three times, placing a crow on the designated spaces. (If you roll a 2 and a 6, for example, you could place the crow on either 26 or 62.) If a crow is rolled on the black dice, you place the crow on any space with a digit that matches the brown die. If a hawk is rolled on the brown die, you instead place a hawk on any of the “hawk” spaces on the board, marked by the red dots.

On your turn, you roll the dice, and then either place a bird or play an action token, discarding it into your own discard pile. If you roll doubles, you first get to draw the top action token from your discard pile back into your hand, and then continue. If the crow or hawk is rolled, then you will place that bird instead. (The hawk takes precedence over the crow.) First you must place all the birds from your supply (or the crow/hawk supply); once those are all on the tree, then you would move one of the birds to its new spot.

Hawks work a little differently: they sit inside the squares rather than on a point, and they scare away the birds from all four corners of the square they occupy. So when a hawk is placed, everyone (in turn order) gets to slide away from the hawk one space. If you roll a spot next to a hawk, you may place your bird there but then must slide away one space.

The action tokens vary–some allow you to move your own birds; some let you move, place, or remove crows or hawks; there are also tokens to move another player’s bird, reroll the dice, or prevent yourself from moving on a die roll. (If you reroll the dice, you then place a bird based on the new die roll, but you may not play another action token after the reroll.)

That’s essentially it: you play until a player manages to get four in a row or four in a square, winning the game.

Game designer Steve Ewoldt made it to the top 16 of the first season of Tabletop Deathmatch with his game (at the time called What the Flock?), so it was fairly highly rated by a number of well-regarded game designers. Ewoldt has a number of game designs but came up with 4 the Birds! after his son suggested making a game he could play, too. But that’s not to say the game is only for kids–there’s some depth to it that adults will appreciate, too.

Since Ewoldt is also here in Portland, he loaned me one of his prototypes so I could give it a try. The laser-cut birds were a big hit, and although the final product will be cardboard instead, I think people will still love the 3D pawns. The new board design looks pretty sharp, though I might prefer toning down some of the reflective look to make the numbers a little easier to read. I notice that there are some unexplained marks on it, like the plus signs and the little half circles on the edges–presumably there are some plans for those that haven’t been released yet.

I will admit that the first couple times I played 4 the Birds!, it ended fairly quickly with some lucky rolls, and I wasn’t immediately impressed. But after giving it another shot, I can see that the action tokens are really a crucial ingredient. They’re what keep it from being a mostly random game and add some strategy to the mix. Now, it’s still not a long game and there is still luck involved–you’re rolling dice, after all–but there are ways to play around with that luck, to some extent.

Early in the game, everyone is just trying to get their birds onto the tree, and there are often plenty of spaces. But once you see somebody get three of their birds in the same neighborhood, it’s time to start playing cards–use a crow or hawk to scatter them, perhaps, or move one with your Peck action. And when you have your birds on the tree, you’ll want to use Flock and Swoop to get them into position for the win.

I’ve learned that you don’t want to underestimate the odds of somebody rolling the number they need to complete their foursome. First, each spot on the board (except the doubles) has two possibilities of rolling that number. But because of the way you can always bump your own birds and slide them, you actually may have several other possible rolls that can result in victory. I used this to my advantage in one game by landing next to the hawk, then sliding over to complete my four-in-a-row.

I’ve played with three, four, and five players myself, and I really enjoyed the five-player game. Just having more birds on the board makes things get interesting (and crowded) more quickly, and there’s a lot more bumping birds out of place.

I like that 4 the Birds! can work as a simple game for kids, getting used to the idea of coordinates and focusing more on the dice, but the action tokens make it one that grown-up gamers could enjoy, too. I think I’d categorize it as a casual game: it’s easy to teach (about a single page of rules) and plays fairly quickly, so it’s a good one to kick off a game night or introduce to newer gamers. However, after a few plays you will see deeper strategies start to develop, so more experienced gamers won’t be bored, either.

4 the Birds! just launched on Kickstarter today. Take a look at the campaign page here. 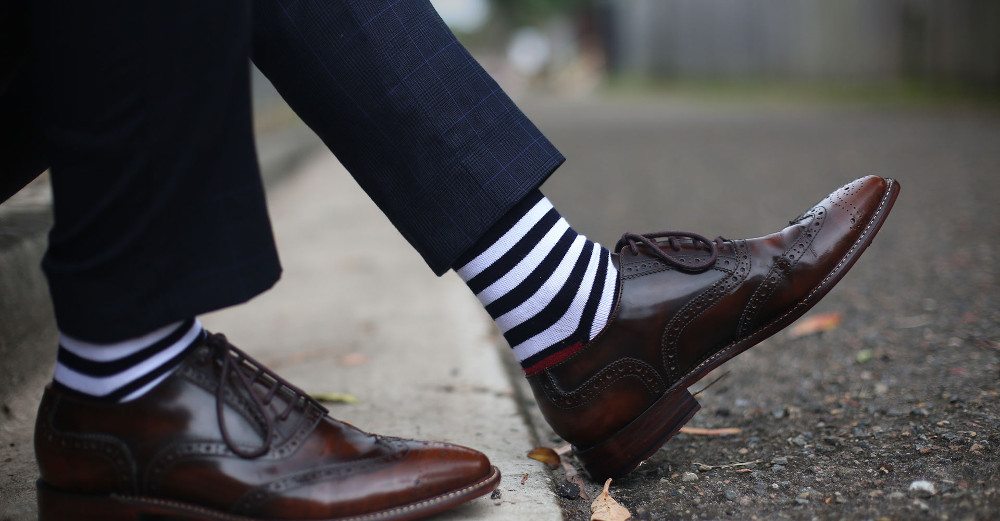 Kickstarter Alert: Get Yourself Some Swanky Socks and Help Those in Need 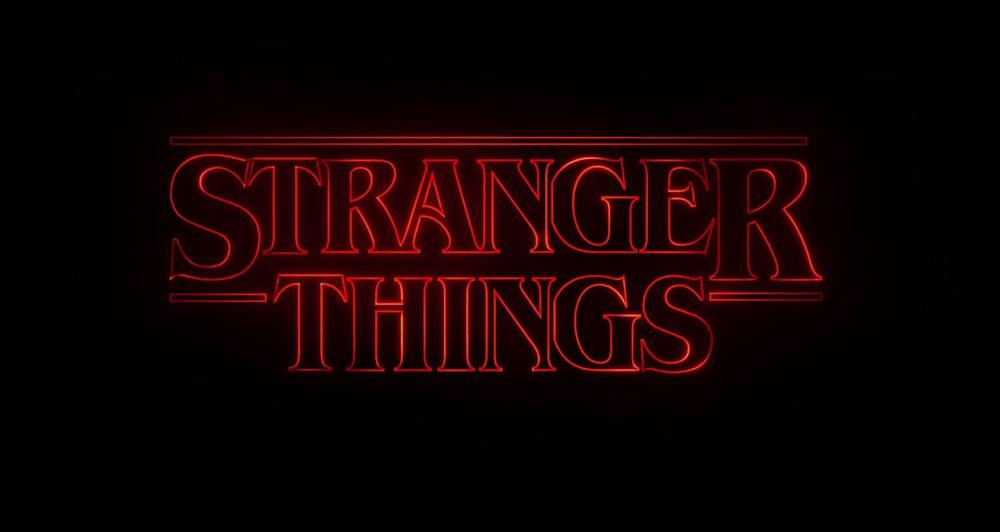