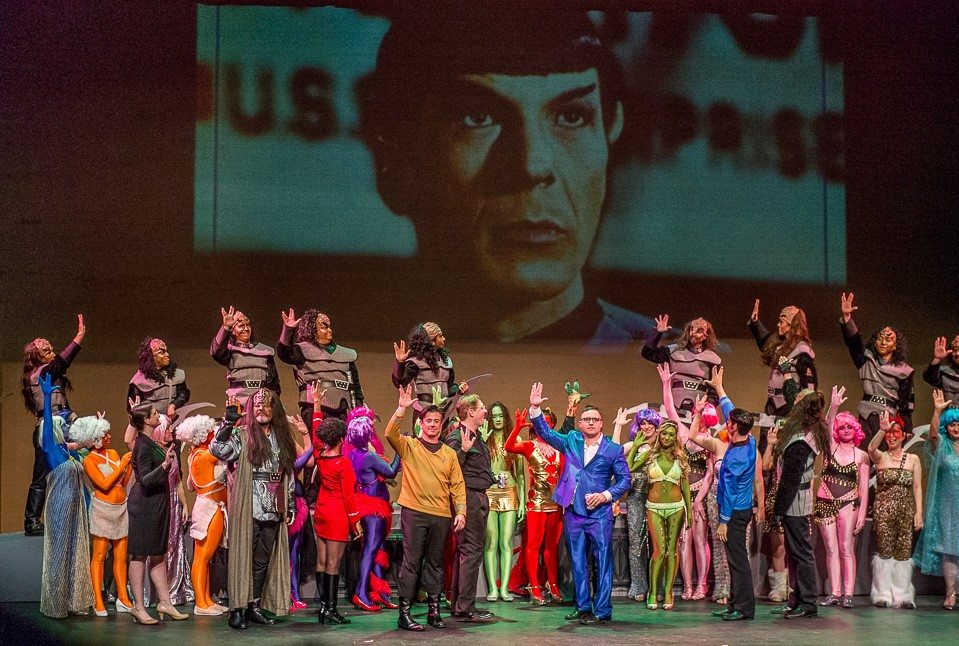 As an art-form, opera is a genre often overlooked by the younger generation as a legacy art. In other words; old. This perception is sad, and misses the fact that there are opera companies out there right now taking bold steps to bring the classic, epic arias of yore into the present. Case in point: Los Angeles based Pacific Opera Project and their recent adaptation of Mozart’s “The Abduction from the Seraglio” into a two-hour, operatic episode of Star Trek.

Operatic tenor Brian Cheney, who just so happens to be a friend of mine, plays Captain James T. Belmonte in the show. Cheney recently posted a video from the performance on his Facebook page and I just had to share it here on GeekDad.

Pacific Opera Project co-founder and artistic director Josh Shaw took Mozart’s famous opera about Belmonte, a Spanish nobleman, and his servant Pedrillo rescuing their girlfriends from a harem and reworked it to fit with a Star Trek theme. Cheney’s Captain Belmonte and tenor Robert Norman’s Mr. Pedrillo take on obvious comparisons to Shatner’s Kirk and Nimoy’s Spock. The Opera, which played at North Hollywood’s El Portal Theatre in early March, is a lighthearted homage to both opera and Trekkies. This is precisely the kind of work that is keeping the legacy arts alive and relevant today. You can watch the entire show on Shaw’s YouTube page.