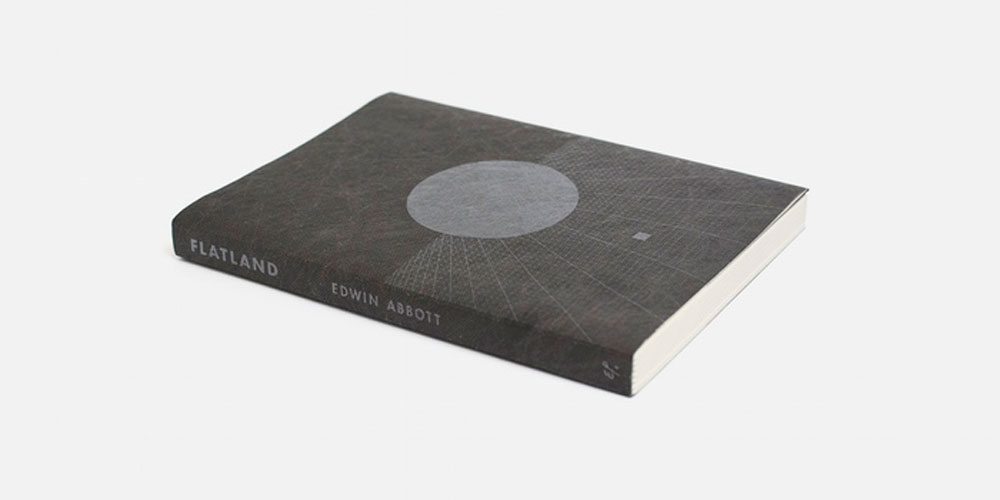 Most of my Stack Overflow columns are for traditionally-published books, simply because that’s what I typically get review copies of. However, I have backed some books (mostly comics) on Kickstarter and have really enjoyed the way that it allows the backer-readers to connect with the creator-authors and see some of the creative process.

Here are a few books that are currently on Kickstarter that caught my attention, followed by a few I backed a while ago that have finally arrived. 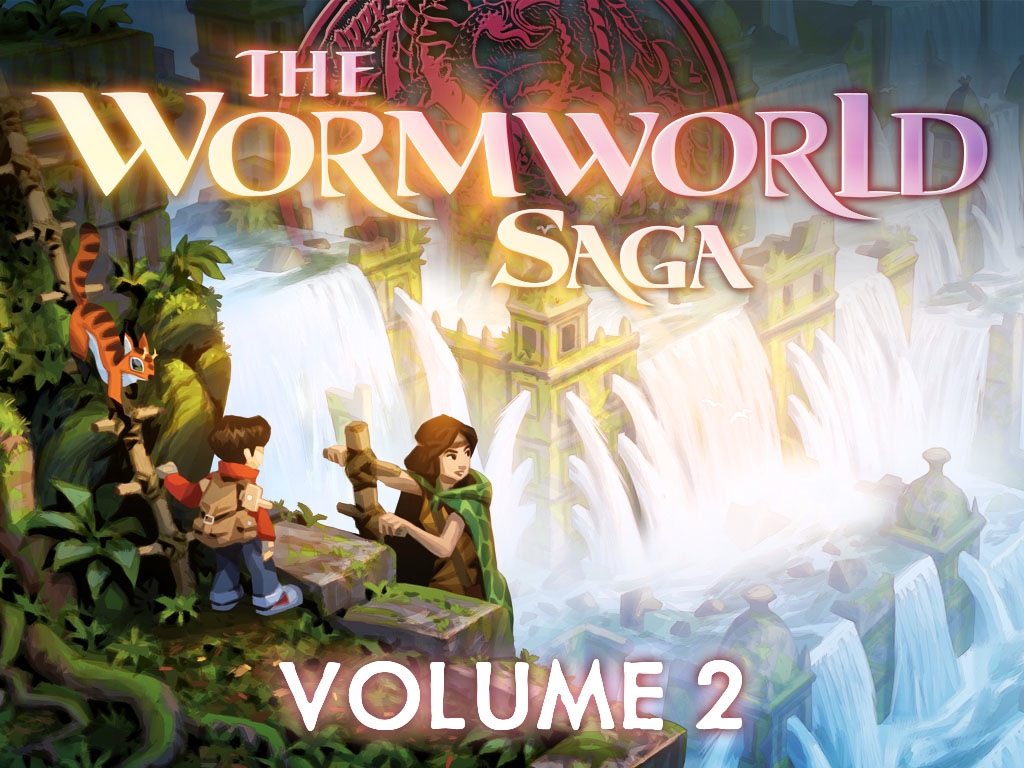 The Wormworld Saga Volume 2 by Lieske — ends May 15

Daniel Lieske’s Wormworld Saga was among the very first Kickstarter projects I ever backed. He had an ambitious plan: if he could raise enough money, he could quit his day job and work on the comic full-time. The project funded successfully, and Lieske was able to speed up the timetable for the comic, a fantastic story about a young boy named Jonas who finds himself in an incredible world, hailed as an expected hero. You can read the entire story online, and signing up for The Attic will unlock things like preliminary artwork and behind-the-scenes notes.

Last fall Lieske Kickstarted a print edition of Volume 1, which has since been delivered (see more about that below). Now he’s got another Kickstarter for Volume 2. As with the first one, you can get the hardcover either in its regular edition or in the deluxe clothbound with gold embossing, plus there are various goodies in the stretch goals–including a resin figure of Jonas. Even though you can read it online, I still love physical books, and I’ve already pledged for a copy of this volume, too. 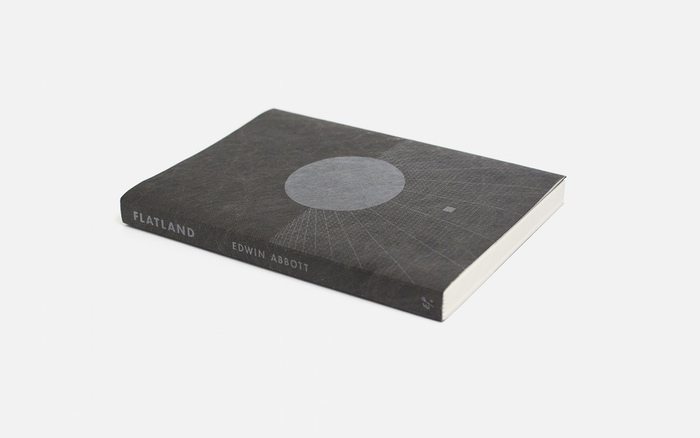 Flatland by Epilogue Press — ends May 17

Edwin Abbott’s Flatland is one of my favorite books. Originally published in 1884, this “Romance of Many Dimensions” is a fantastic exploration of dimensions told from the point of view of A. Square, who lives in the second dimension. He’s visited by a Sphere from the third dimension, but of course he’s unable to comprehend it at first. Although some of the social satire is a bit dated, the explanation of dimensions (and some of the social commentary) has stood the test of time.

Epilogue Press is new to Kickstarter, but their version of Flatland looks beautiful. It’s a softcover with a sewn binding and a Tyvek cover, with an optional slipcover. On top of that, there’s a digital component: The A. Square Memorial Library of Shapes and Dimensions (still under construction) will be an open source library that lets you interact with shapes in various dimensions. 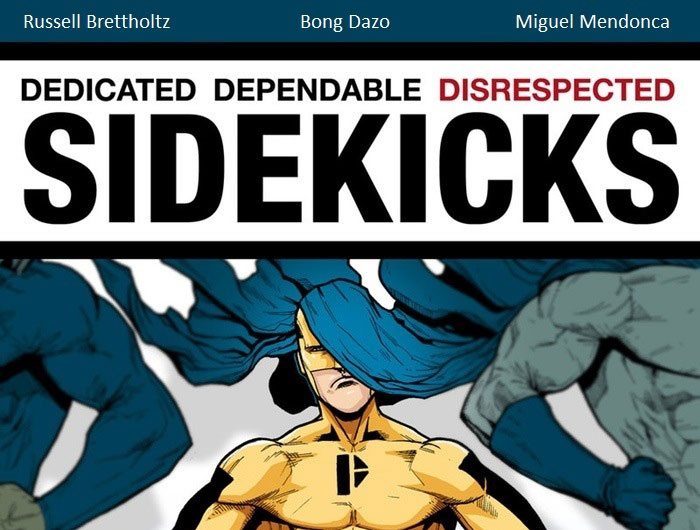 I hadn’t heard of Sidekicks during its first Kickstarter campaign (which funded the first issue), but there’s an ongoing campaign to fund the remainder of the 4-issue mini-series. It’s a comic book about superhero sidekicks, the ones who don’t get any respect from the heroes or the general public. There are a few sample pages on the Kickstarter page and it looks like it could be fun, but I haven’t read anything more than what they’ve posted there.

There are various reward levels available depending on whether you want digital or hard copies, and whether you need all four issues, just the first issue, or just the #2-4. 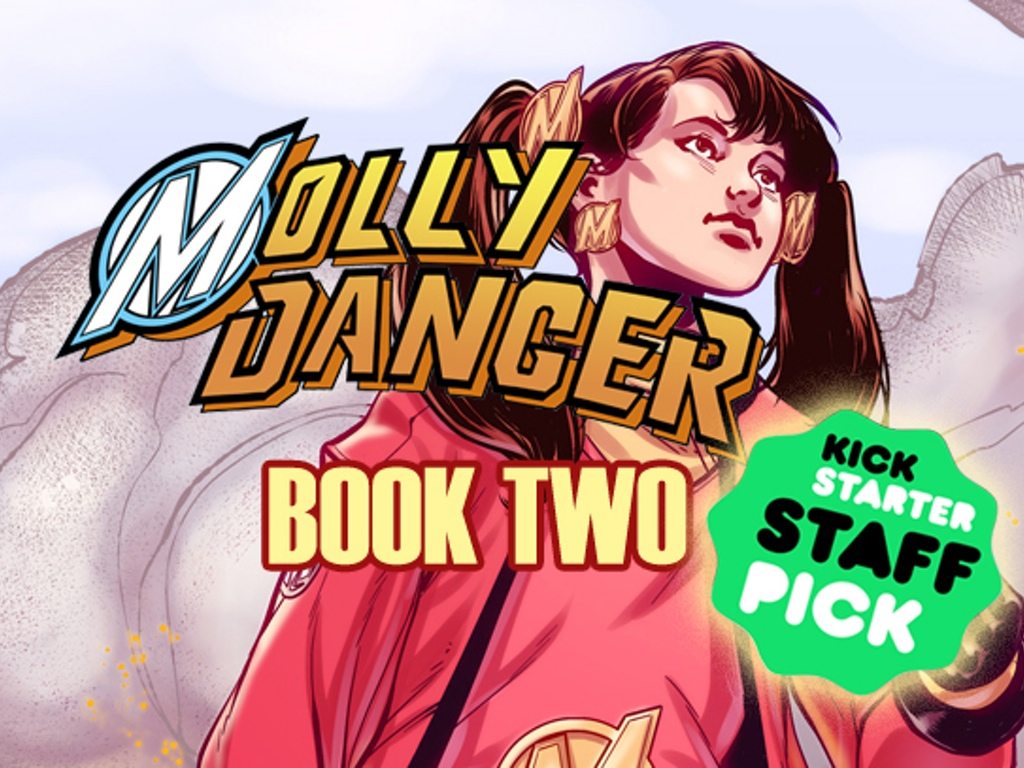 Here’s another sequel: I mentioned the first Molly Danger book in a Stack Overflow column. It’s a fun comic book about a superhero who looks like a little girl but is apparently something more… and it sounds like we’ll be finding out about this “something more” in the second book. I’m excited to see what happens next, though it sounds like there will be a bit of a wait for the book to arrive.

Pledge levels for the book start at $20, but there are lots of other types of rewards, including T-shirts and the audiobook, as well as original artwork or even a cover-quality commission of your choice.

And now for a few books that were funded on Kickstarter and have already delivered. The first two were mentioned together back in September: Wormworld Saga and Sithrah.

The Wormworld Saga Book One by Daniel Lieske

Lieske’s project to print a hardcover edition of The Wormworld Saga did really well, and he was able to add in lots of goodies, like the wooden sword bookmark, postcards for each chapter, and a map of Wormworld with all the backer names on the back. On top of that, the books are signed and stamped with the Wormworld seal. I kind of wish I’d backed for the deluxe edition, but I’ve been trying to rein in my Kickstarter spending. But it also means that for Book Two I’ll be backing the regular instead of the deluxe again.

The book is now available in the Wormworld shop, or you can pick up a copy as part of the “catch-up” reward level in the Kickstarter campaign for Book Two.

Sithrah Book One by Jason Brubaker

I’d gotten review copies of Brubaker’s previous projects, reMIND Books One and Two, and I’d enjoyed those, so I decided to go ahead and give Sithrah a shot. Like the previous books, it has a gorgeous clothbound spine and fantastic artwork. The story is about a little girl named Nirvana who gets separated from her dad and finds herself on her own, but the first volume just gets you to that point, so I’m really itching for more already.

You should be able to order Sithrah from your friendly neighborhood comic book store, or there are some copies available on Amazon as well.

The Bacterionomicon by Nerdcore Medical

Nerdcore Medical created a game called The Healing Blade, which was kind of like a cross between Magic: The Gathering and a medical textbook. The monsters were various bacteria known as the Lords of Pestilence, and the heroes were the antibiotics used to treat them (the Apothecary Healers). The game, unfortunately, sold out and is now out of print, but Nerdcore Medical launched a campaign to print a nice hardcover book to showcase the various monsters and heroes from the game. The result looks like a monster manual from a role-playing game, and it’s pretty impressive. My only complaint is that, as in many other fantasy-based games, most of the women are wearing outfits that seem completely impractical for battle.

The book is now available for pre-order in case you missed the Kickstarter campaign, and I’ve gotten word that there is a new game in the works, so I’m excited to see how that turns out. 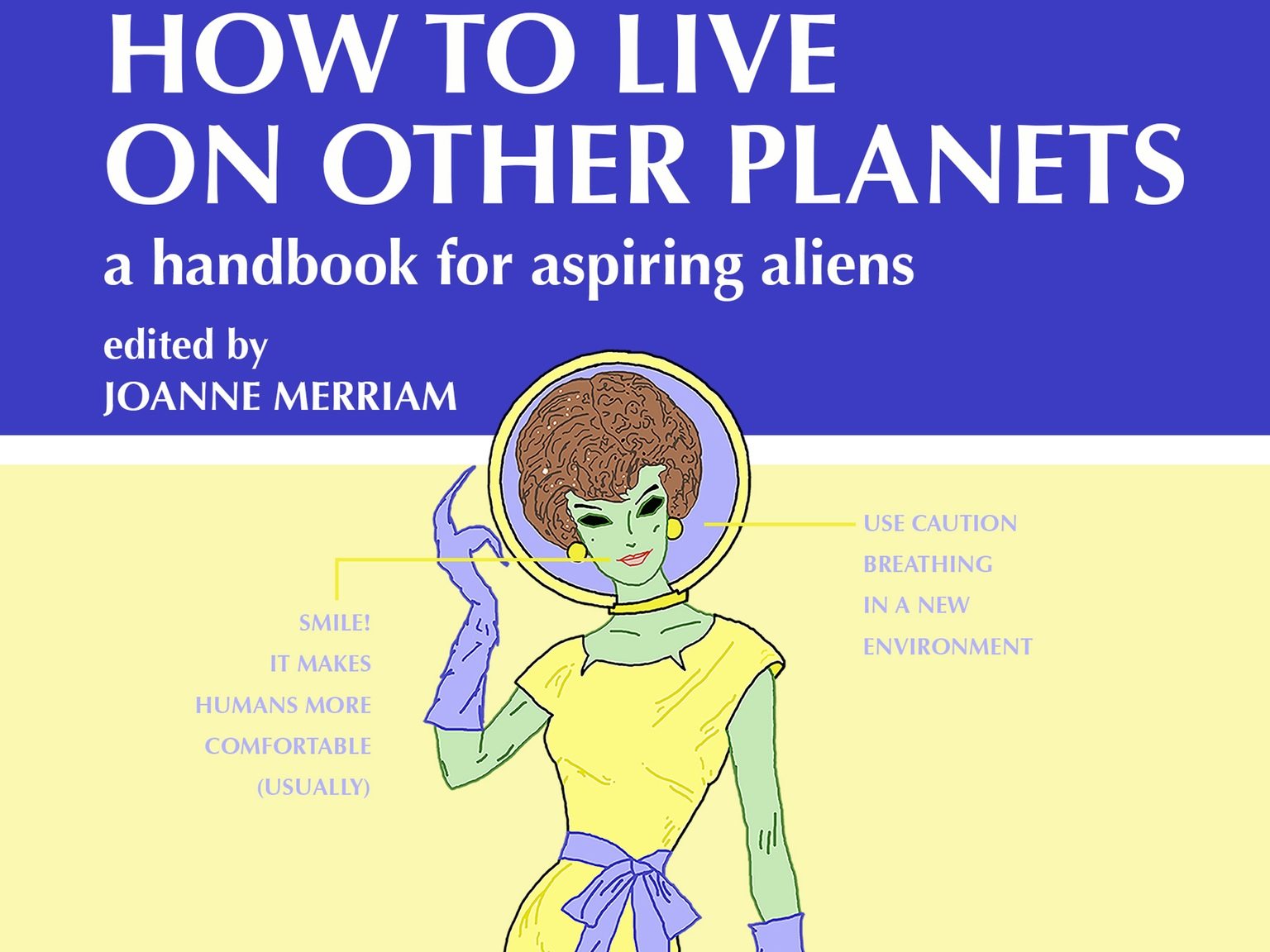 How to Live on Other Planets by Upper Rubber Boot Books

Okay, I haven’t read this one yet, but it arrived in March. How to Live on Other Planets is an anthology edited by Joanne Merriam that examines the immigrant experience through the lens of science fiction. It seemed like a good fit, so I backed the project. One of my favorite picture books is The Arrival by Shaun Tan, a wordless book that portrays immigration as a truly alien experience, and How to Live on Other Planets reminded me of that. I’ll revisit this one after I’ve gotten to sit down and read it. It’s currently available on Amazon.

There are a couple of other books that I just got digital copies of (which means that they’ve vanished into the depths of my e-Reader and I’ll stumble across them later), and some that I’m still waiting on (like Augie and the Green Knight), but there’s certainly no shortage of cool reads on Kickstarter. 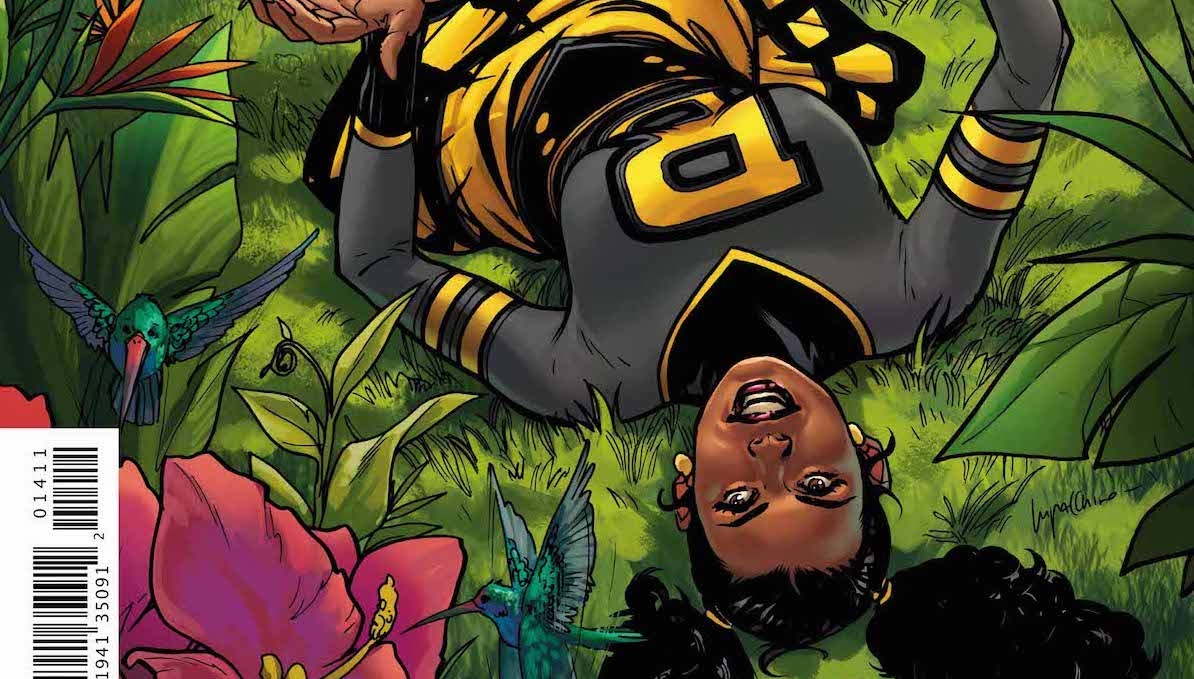 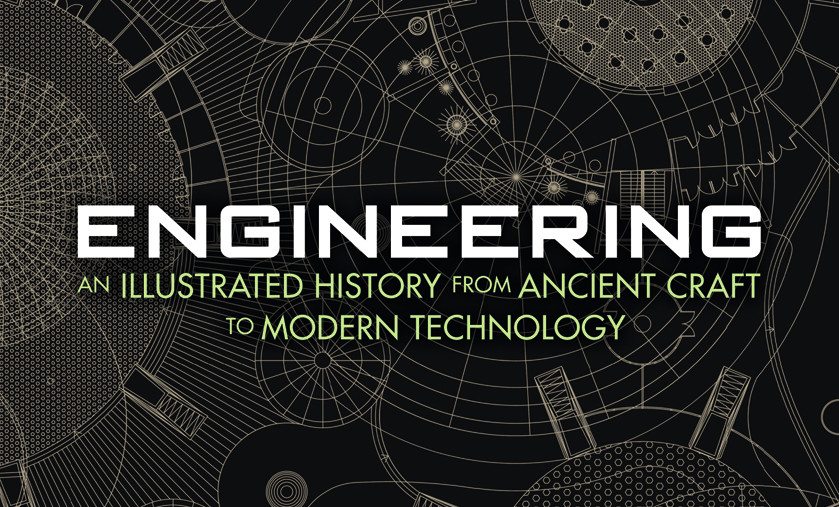