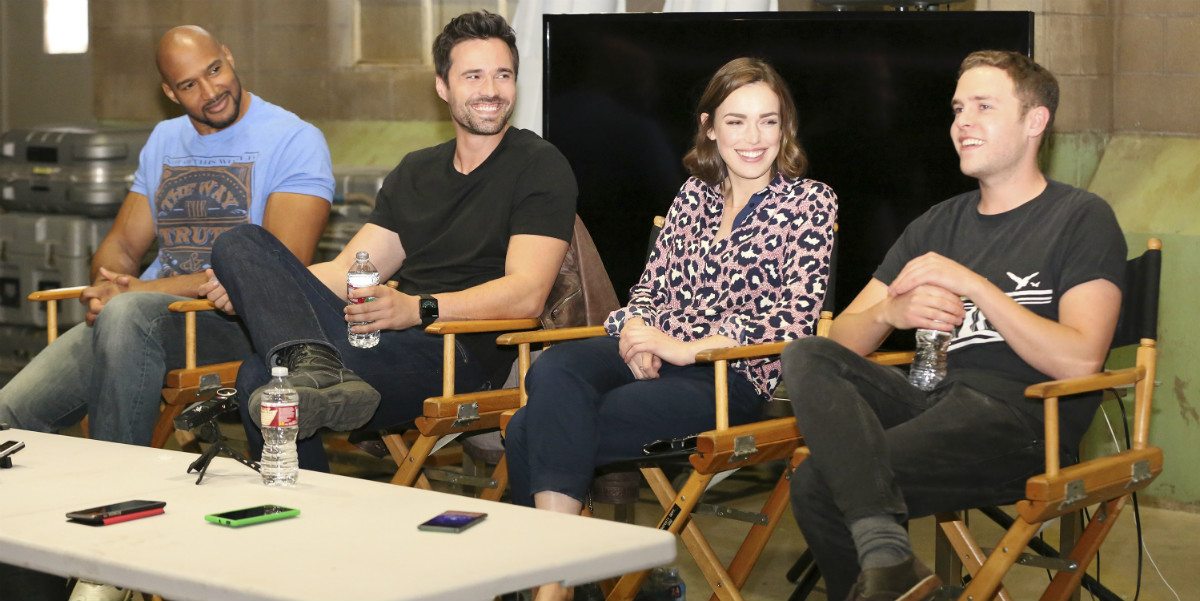 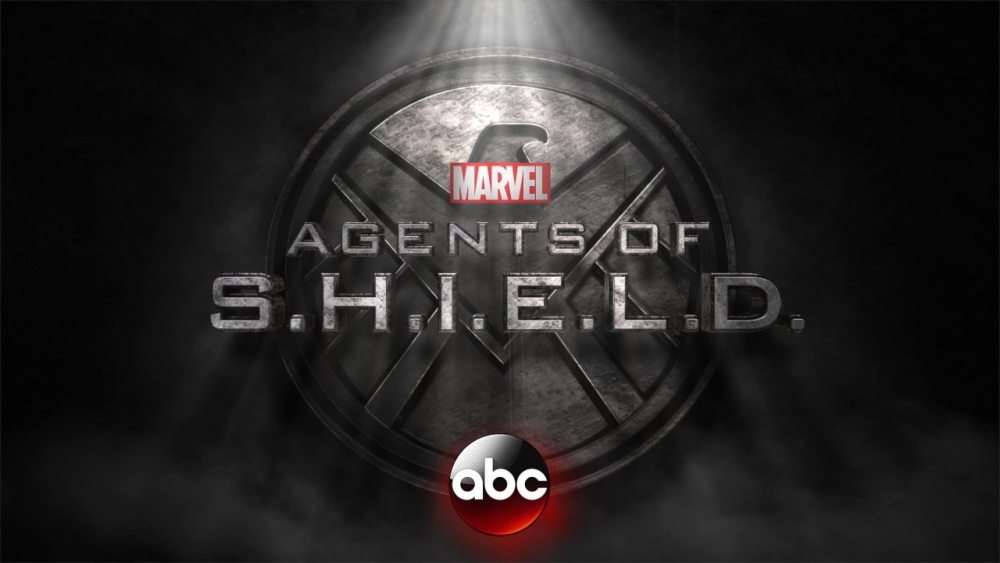 Two weeks ago, a group of my fellow bloggers and I got a chance to visit the set of ABC’s Marvel’s Agents of S.H.I.E.L.D.. Over the next several weeks I will be publishing excerpts from group interviews with most of the cast (as well as several of the crew), as well as details about the set visit and the scene we got to watch being filmed. I really wish I could give you all the details right now, but I don’t want to end up in the Vault.

The first thing we did when we arrived at the set – after walking past Lola on her ramp, and temporarily picking our jaws up off the floor – was sit down to talk with Iain De Caestecker (“Leo Fitz”), Elizabeth Henstridge (“Jemma Simmons”), Brett Dalton (“Grant Ward”), Henry Simmons (“Alphonso ‘Mack’ Mackenzie”) and Adrianne Palicki (“Bobbi ‘Mockingbird’ Morse”). It was clear from the start of the interview that they get along very well with, and have nothing but respect for the talents of, one-another. Palicki even, when asked what her favorite scene on the show so far was, responded by mentioning a scene she wasn’t even in:

Oh, that’s easy. When Fitz confronts Ward. I honestly think he should be nominated for an Emmy for that scene. I bawl every time I see it… I think that Iain is one of the best actors I’ve ever worked with and that scene is just beyond for me.

Further, Palicki and Simmons, who (among the actors we interviewed) were the newest members of the cast, both commented on how the other actors had made them feel welcome when they started on the show. Palicki said:

It was nerve-wracking because you’re coming into high school, second year and everybody is already friends and you [feel] like I don’t know people and it’s a huge cast; I don’t know how people are going to be with me. And honestly from day one it was the most giving, loving cast. I mean, it was a table read. I met everyone and it was hugs everywhere; everybody was so genuine and sweet and happy to have me on the show.

It was very interesting to see how the actors view their characters: Both Dalton and Simmons, whose characters have both betrayed (at least to some extent, in Simmons’ case) the rest of the core S.H.I.E.L.D. group, don’t really feel that they’re playing evil parts. Simmons said:

To which Dalton added:

Yeah, I feel that [Ward]’s also not an evil guy. He’s just made certain choices along the way. And some of those choices, some people might frown on. But I really think that this guy’s had a really hard life; he’s doing the best that he can to move his life forward. He’s even taking some other people under his wing as well. So it’s not just me twirling my mustache and petting a kitten. That will happen next season. [LAUGHTER]

It was very revealing to find out how the show’s producers communicate with the actors. Dalton didn’t find out that Ward was actually Hydra until just before filming the episode where it’s revealed:

They let me know the episode before, so there wasn’t a lot of, uh, a heads up on that. … It was a big change but I think it really rounded out the character in a way, because prior to that he had kind of a mask that he was showing to the rest of the team.

Palicki had this to say about finding out that Morse was working for the “real” S.H.I.E.L.D.:

I had been on for quite a few episodes and we started talking about this secret. I [asked] “What is this secret, what is this secret?” They would not tell me the secret! I [said] okay, you guys, as an actor, I need to know; they [said] you’re not bad, you’re not Hydra. And I [said] well, that doesn’t tell me anything – what does that mean? What am I? So I didn’t know until probably an episode before we shot the coming-out of what it was. So, keeps it interesting [LAUGHTER]

Be sure to tune in to tonight’s new episode of Marvel’s Agents of S.H.I.E.L.D. on ABC at 9:00pm ET/PT. Titled “The Frenemey of My Enemy,” the episode continues from where the previous one ended, where (spoiler alert if you haven’t seen last week’s episode!) Fitz has just unlocked the Toolbox and made contact with Coulson and Hunter from a restaurant bathroom. I’ve seen the first 15 minutes or so of the episode, and it’s pretty great – I really like De Caestecker’s acting, and Fitz (as you would expect) is at the center of the action.

And be sure to come back to GeekDad in the next several weeks, because I’ll be writing more about the cast interviews, interviews with showrunner Jed Whedon and executive producer Jeffrey Bell, and details of the set visit, which was at least as awesome as you’d think. There will also be a lot of coverage here in the next couple of weeks about that new superhero movie that was made by Jed Whedon’s brother…

My press trip to L.A., including the set visit for Agents of S.H.I.E.L.D. was paid for by Disney/ABC. All opinions expressed here are my own. 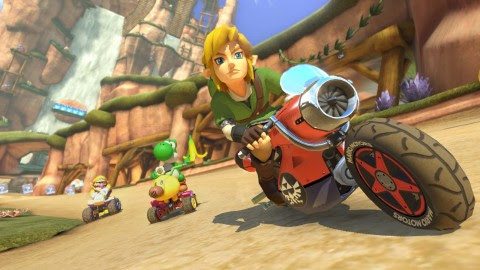 A Google-a-Day Puzzle for Sept. 6