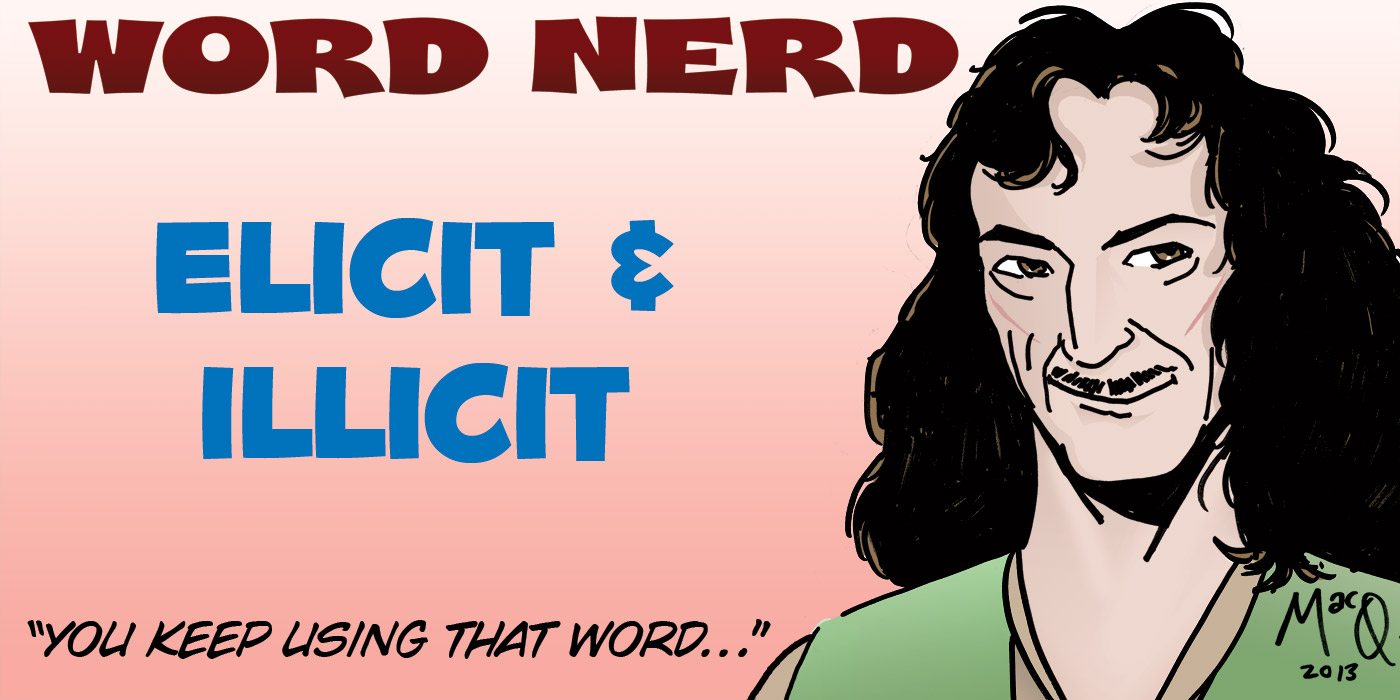 Today’s Word Nerd pair actually makes it into print every so often, usually with amusing results for those of us who notice. This is a case where using the wrong word can really change the meaning of a sentence.

elicit
to evoke or draw out (a response, answer, or fact) from someone in reaction to one’s own actions or questions.

illicit
not legally permitted or authorized; unlicensed; unlawful; disapproved of or forbidden for moral or ethical reasons. 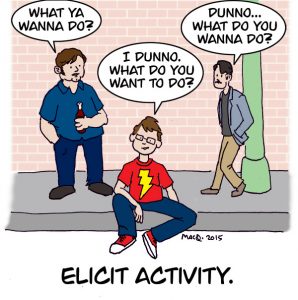 Elicit originates in the 1640s, from Latin elicitus, meaning “draw forth,” (from ex- “out” and -licere, “to entice, lure, deceive”). It’s related to laqueus “noose, snare,” which is where we get the word lace.

Illicit is older, appearing around 1500. It comes from the Old French illicite “unlawful, forbidden,” which comes from the Latin illicitus “not allowed, unlawful, illegal,” (from in- “not, opposite of” and licitus “lawful”).

If you refer to elicit guns, you’re saying you want somebody to give you one.

If you say you want to illicit a response, you’re saying you want to talk dirty to somebody.