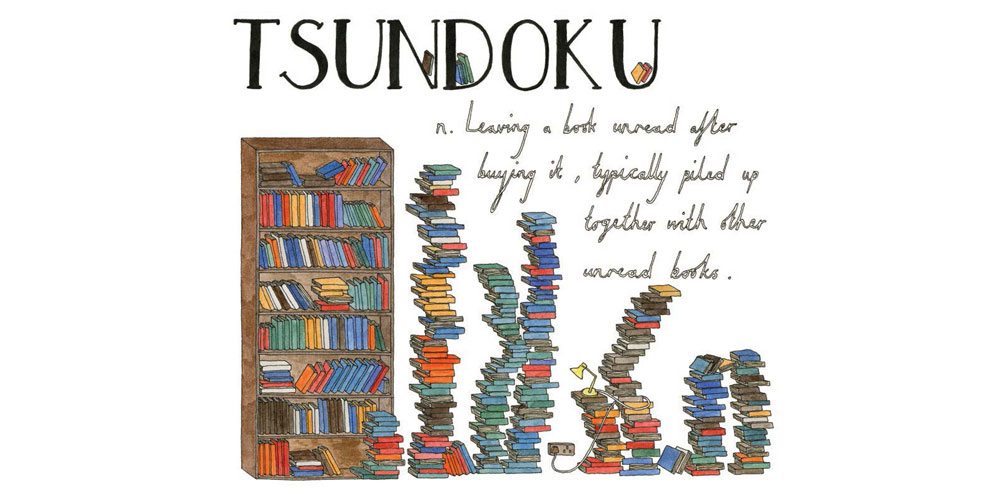 This week’s Stack Overflow is brought to you by tsundoku, a Japanese word that means “leaving a book unread after buying it, typically piled up together with other unread books.” Sound familiar? 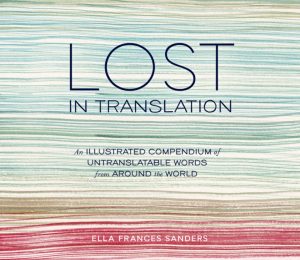 I learned about tsundoku and many other words from Ella Frances Sanders’s Lost in Translation, “an illustrated compendium of untranslatable words from around the world.” Many languages have words that just don’t quite translate into English. Quite often these are words for things that we can describe in English, but perhaps never found the need to. Like the Norwegian pålegg, which means “anything and everything you can put on a slice of bread.” Others, though, are for concepts that may never have entered your mind, and these are particularly fun because they open a door into another culture. One of my favorite examples is pisan zapra, a Malaysian phrase meaning “the time needed to eat a banana.” Or consider the Finnish poronkusema, “the distance a reindeer can comfortably travel before taking a break.”

The book is a collection of fifty-two words from various languages, each showing its language of origin, a brief description, and an illustration that includes the definition. For language lovers, this is a delightful book. I’ve found a new word for game night: samar, from Arabic, is “staying up late long after the sun has gone down and having an enjoyable time with friends.” All of the images are now available as prints, too. You know, in case you were thinking about getting a gift for your favorite GeekDad writer. The only two things I wish the book included: a pronunciation guide for the words, and an index or table of contents so I could flip to that word quickly. 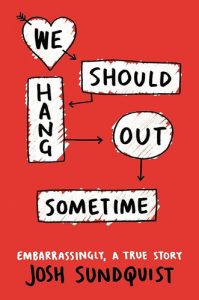 I mentioned last week I was reading We Should Hang Out Sometime by Josh Sundquist. It’s a memoir targeted at young adults about Sundquist’s real-life misadventures in romance. At age twenty-five, Sundquist had never had a girlfriend, and was wondering what went wrong. So, in High Fidelity fashion, he decides to ask all the girls who didn’t date him what he did wrong. The stories of his complete cluelessness are both funny and painful. Sundquist is able to put himself (and the reader) in the mind of a teenage boy, and as you might expect it’s not always filled with brilliant ideas. (For instance, the title comes from a line that he decided was the perfect way to ask a girl out–vague, non-threatening, low probability of rejection.)

On top of his failed attempts at dating, the memoir is also about Sundquist’s life with one leg. At age nine, he got cancer and had his left leg amputated from the hip down. Throughout the course of the book, I learned what it was like for him to deal with this disability–both the physical consequences (should he wear his prosthetic leg or use crutches?) and the emotional consequences (will this person care that I have only one leg?). It’s a fascinating story, and I’d recommend it both for its lessons on romance for teenagers (what not to do) and for the way it explains in a non-preachy way what it’s like to live with a disability.

Fun fact: Sundquist is the inspiration for the character of Augustus in John Green’s The Fault in Our Stars, an absolutely fantastic young adult novel about some kids with cancer. If you haven’t read it, you may be thinking, why would I want to read a book about kids with cancer? That sounds totally depressing. But trust me: it’s good. It may change the way you think and feel about people with illness–and the way you talk to them. 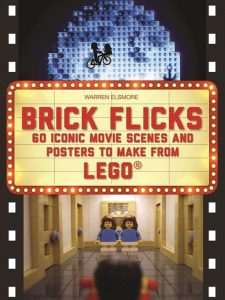 In my opinion, there’s no such thing as too many cool LEGO creations, and here’s another fun book of them: Brick Flicks: 60 Iconic Movie Scenes and Posters to Make From LEGO by Warren Elsmore. Carefully crafted and photographed scenes (sometimes featuring custom minifigures from Minifigs.me) reproduce some of your favorite films in brick form. E.T., Tron, Jurassic Park, The Terminator, Back to the Future… it’s a great list. But I should note that, although the book itself is mostly kid-safe, not all of the movies are kid-friendly, and there are a few screenshots here and there. Plus there are some spoilers–again, mostly for movies that your kids wouldn’t have seen yet, but that you probably already know (like “Rosebud” from Citizen Kane). The title is slightly misleading: the “to make” part is because there are instructions for building some of the props seen, like the xenomorph from Alien or a biplane from King Kong, but no instructions are given for the overall scene. For that, you’re on your own. 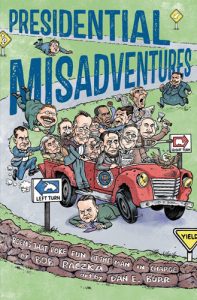 If you prefer your history brief and with a heavy dose of humor, here’s one for you: Presidential Misadventures: Poems That Poke Fun at the Man in Charge by Bob Raczka, illustrated by Dan E. Burr. From George Washington to Barack Obama, there’s a clerihew and a funny picture for each one. What’s a clerihew? I’m glad you asked! It’s a four-line poem that makes fun of a famous person, in AABB rhyme, with irregular meter. Here’s a sample:

He went to town to buy bananas

and came home with Louisiana.

When this book arrived, I sat with my wife and daughters and read the whole thing aloud from start to finish. There’s a brief appendix in the back that explains some of the funny facts referenced in the poems, but for some reason doesn’t tell the story of Obama riding a llama that’s referenced in his clerihew. 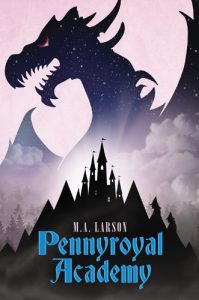 My current read-aloud book for my older daughters is Pennyroyal Academy by M.A. Larson. It’s a fantasy book, with dragons and witches and knights and princesses, and a bit of a mystery. In this world, it was discovered that the only thing that can defeat a witch is a princess, so Pennyroyal Academy was founded to train up princesses to fight witches–which then led to a sort of arms race between princesses and witches. The protagonist, Evie, is a girl with a hidden past that we’re uncovering as we go. So far, we’re enjoying it, though I really wish Larson had given the Fairy Drillsergeant a name because “Fairy Drillsergeant” is a mouthful to say over and over again. 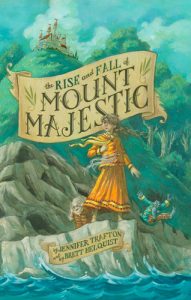 I’ve also been reading another book out loud to my wife: The Rise and Fall of Mount Majestic by Jennifer Trafton. We used to read stories to each other a lot more, but with three kids, roller derby, game nights, we’ve fallen out of the habit. Still, it’s nice to have at least one book on my nightstand to read when the timing works out. We’ve generally stuck with kids’ books, because we’ve found that trying to read something heavier at bedtime can get too difficult, not to mention confusing if she falls asleep in the middle of a chapter.

I forget where I first heard of Mount Majestic, which bugs me, because all I remember is being really intrigued by something that was said about it and writing down the title. I finally got around to buying a copy–years later–so I thought it might make a fun read. It’s about a 10-year-old girl named Persimmony Smudge, a mountain in the middle of the island that rises and falls each day, and a whole host of bizarre characters and creatures. So far it’s been pretty fun, and I’m excited to see where this story is going. 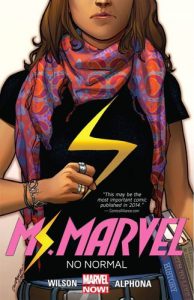 I was happy to see a trade paperback of Ms. Marvel: No Normal at the bookstore, and since I’ve heard so many good things about it (including Mordechai’s recent post), I decided to go ahead and buy it. (I’m not much of one for monthly issues, so I prefer to read collections.) And to combat tsundoku, I read it right away. This volume includes the first five issues of Ms. Marvel, plus a story from All-New Marvel Now! Point One #1 (yeah, that’s a mouthful) about Kamala.

I wasn’t much familiar with any of the incarnations of Ms. Marvel or Captain Marvel–and until just now looking it up in Wikipedia, hadn’t been sure of the relationship between Marvel’s Captain Marvel and DC Comics Captain Marvel aka Shazam. So for me this book wasn’t like reading a reboot and more like reading a completely new character (which, in some sense, Kamala Khan is). Since others have already written much more knowledgeably than I’m able to, I’ll just leave it at this: it’s refreshing to have a female superhero who doesn’t look like your typical female superhero. She looks and acts like who she is: a sixteen-year-old girl struggling to figure out her newly acquired powers and what to do with them. This is one I’m happy to let my daughters read. 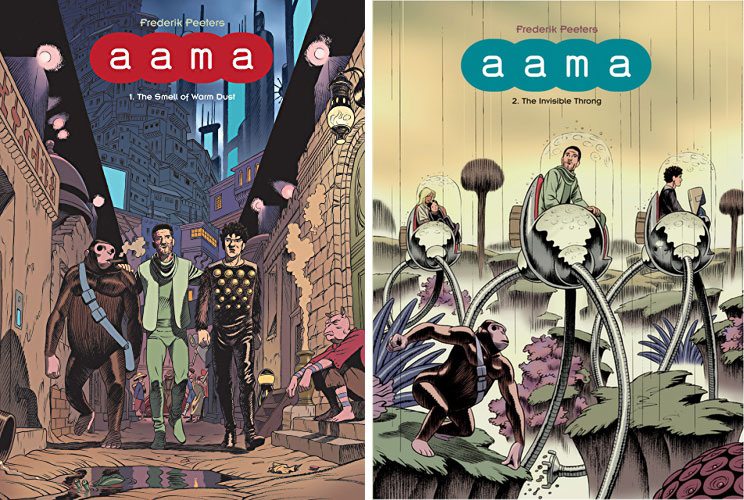 This week I also blasted through the first two volumes of Aama (The Smell of Warm Dust and The Invisible Throng) by Frederik Peeters. It’s a graphic novel sci-fi series (the third volume, The Desert of Mirrors, is due out in May this year) and is fascinating. [Update: As observant reader dfarragut noticed, there’s a volume 4 listed on Amazon coming in September, so apparently it’s longer than a trilogy.] We begin with Verloc Nim waking up in a desolate landscape, no idea who he is, where he is, or how he got there–just a tiny flash of memory of his estranged wife and daughter. He is greeted by Churchill, an odd cigar-smoking robot who looks like an ape, and is given his own journal to read to catch up on who he is. So the story is told in a series of flashbacks, sometimes doubling back again as his one-week-ago self recalls earlier events in his life.

Nim is something of a Luddite in this far-future world. He had an old bookshop and is drawn to paper books. He rejected the implants that most people use to stay connected and communicate with everyone else in the world. But then his world fell apart, and he found himself traveling to this new, uninhabited planet with his brother, to figure out what happened to the colony of scientists that had been sent there five years ago. 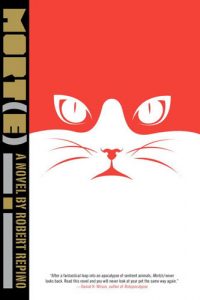 The illustrations are rich and detailed, and I got totally sucked into the story, both of Verloc’s past and his mysterious present. I’m really eager to find out how the story concludes. (Note to parents: because of language and thematic content, this one’s for adults, not kids.)

Finally, my current read: Mort(e) by Robert Repino. It’s a novel about our world taken over by giant, intelligent ants who used our own pets as sleeper agents against us. Yep, it’s bizarre. More on that when I finish.

Disclosure: Except where noted, I received review copies of the books in this column. 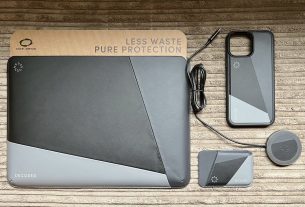 RE_CODED Sustainable Accessories for iPhone and MacBook From Decoded 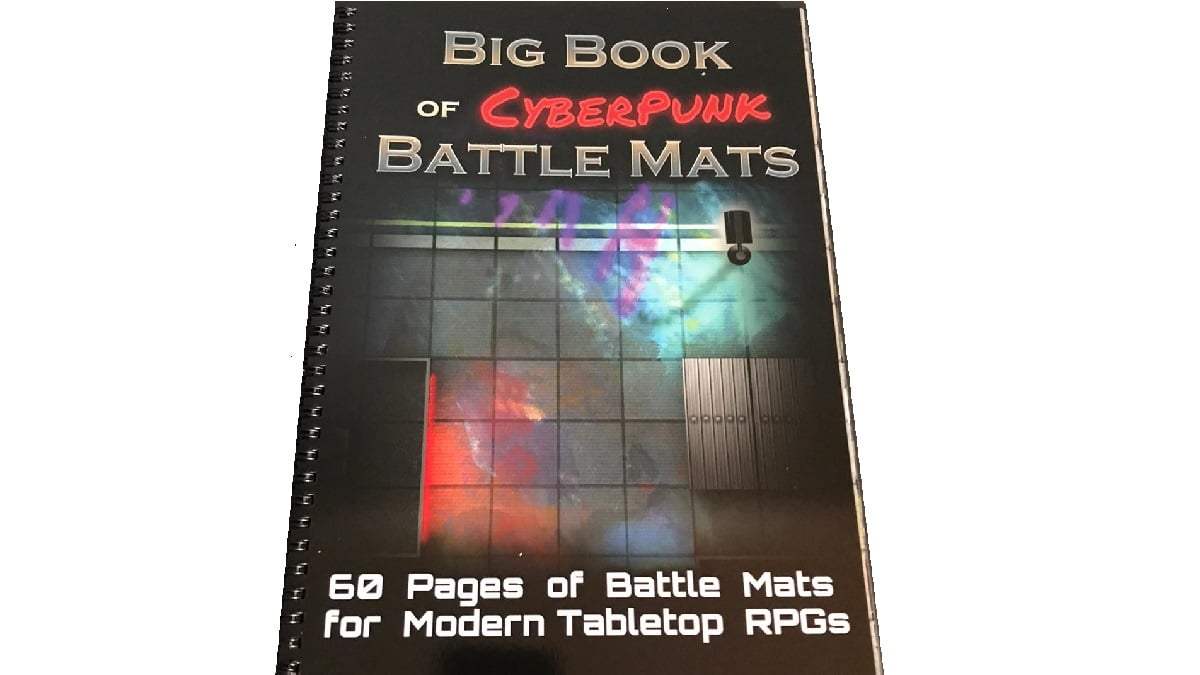 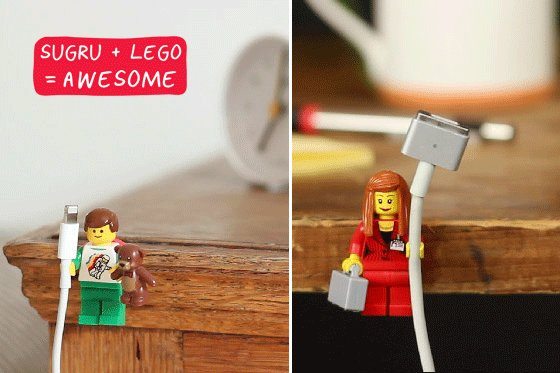