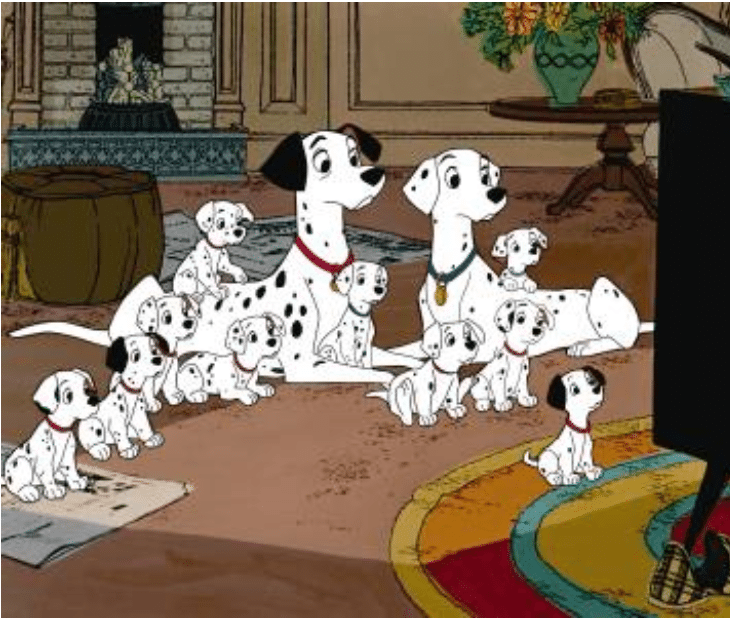 I would be lying if I said that growing up saturated in Disney animated VHS video did not influence me to eventually become an animator. Of all our VHS videos, however, 101 Dalmatians was one of my absolute favorites, thanks in part to the sheer density of animals (specifically, puppies) that appeared in it. I even still have the VHS around here somewhere, despite no longer having a way to play it.

Of course, when offered the opportunity to visit the Disney Studio Lot to cover the 50th anniversary Blu-ray release of 101 Dalmatians, I answered the call of the puppies.

I was most excited to meet Floyd Norman, a Disney master animator who worked on the film, but as we settled into the dark viewing room, first we met David Daniels, the producer of the Blu-ray extras (which were described earlier by GeekMom Patricia). A little-known fact shaped the bonus features and dominated the talk at the junket:

When the movie went into production, it carried the studio’s hopes; if this movie didn’t make money, the animation department would be axed. Sleeping Beauty, the predecessor to 101 Dalmatians, had taken five years to complete and had been a very expensive production. It also flopped, and word was if the studio did not find a way to make animation cheaper, faster, and… profitable, then no more Disney animated feature films. Dalmatians‘ animation crew was cut down by more than half.

Nothing was wasted on this film. In fact, 101 Dalmatians lacked the contributions of an entire department of the Disney studios. Ultimately, animation at  Disney was saved by the invention of a new Xerox copying method. It allowed direct transfer of an animator’s drawings onto cellophane sheets that would be painted and photographed for the film.

Previously, inkers had to painstakingly trace lines onto the cels, adding up to extra time, talent, and money. This new method of transferring lines is what gives them the distinctive “fuzzy” look Disney’s lines had from 1961 onward. Walt supposedly hated the look, but it saved so much time and money that it became a necessity. The entire inking department became extinct.

David Daniels, producer of the Blu-ray extras, and his team delved deep into the archives to find new material for the Blu-ray extras. Because of the extreme economies of the 1961 film, finding any material that hadn’t already been seen in previous DVD extras was difficult. Then Daniels found inspiration from the most vibrant and lively resource from the archives. For the extra, “Lucky Dogs,” the team shot their own short documentary, interviewing living contributors to the original film. Hearing their stories, whether in the extras or at a press event, is a treat. For me, this is where the story and historic role of 101 Dalmatians truly came alive.

Finally we were introduced to our panel speakers: animator Floyd Norman, and voice actresses Lisa Davis and Mimi Gibson. As the panel and roundtable interviews concluded, it became clear what had made 101 Dalmatians so successful. Although the miracle of the Xerox machine is what made it profitable, there’s no doubt about the Disney Magic that made 101 Dalmatians a classic that lasted over fifty years: the passionate people who crafted the picture.

Floyd Norman only spoke highly of Walt Disney himself:

In my ten years at the studio before we lost him (I started here in 1956; Walt passed away in 1966), I don’t have a bad word to say about him. He was just a great man, great boss. And what I learned from him was to do your best. He was all about quality. He was all about not taking shortcuts, not about being good enough. For Walt it was excellence and quality, top quality.

Lisa described how, at age 25, she was cast as Cruella de Vil, but soft-spoken Anita resonated so strongly with her that she told Walt himself that he had been wrong to cast her as Cruella, and asked for the role of Anita instead. Mimi had never met Walt Disney herself, but adored her time at Disney and described the joy she had as a child getting the chance to voice a puppy. The Disney studio was “the Rolls Royce of film studios,” according to Lisa.

This studio where we are today was producing beautiful, beautiful movies at that time. And the rest of the studios weren’t. They really weren’t because they were in a great decline. But to come here, it was magic. And yes, I remember it well.

Truly, these people loved every moment of what they did, and such passion and creativity can be felt in the movie. Their faith and dedication made it possible to complete such a risky film, but that same passion makes the film heartfelt and brings the Disney “magic” to full force.

Does the magic still hold up? Is it still relevant? I say yes, and the relevance is summed up by what Lisa Davis said about her connection to 101 Dalmatians. Lisa was pregnant when she voiced Anita for the film. She couldn’t imagine that her child would grow up adoring 101 Dalmatians, but her grandchildren, and now, with the new Blu-ray release, her great-grandchildren, will get to fall in love with it as well. As Floyd Norman said:

I look back on this film made in 1959 and I see a lot of kids, a lot of people weren’t even born yet when we started on this film. And yet it lives on today. It’s like a brand-new Disney motion picture for those who haven’t seen it. And for those who did see it as kids, they love to revisit this film because it has so many good memories. So I’m just grateful that I was a part of it and could do my part in adding to the Disney Magic.

Mimi’s life has been shaped by 101 Dalmatians, and she says (wearing her dalmatian-spotty sweater) that she’s probably spent more money on Dalmatians paraphernalia to this day than she was ever paid to help make it. She points out it was the first Disney movie showing humans and animals interacting together so heavily, and at the time was truly a statement on animal emotion and empathy.

Learning that animals, like people, suffer and worry about their children, is still an important step for any child’s development. Not only is 101 Dalmatians still relevant, but its age is an important factor as it bridges the gap of many generations, a gift passed down and shared within families.

The Diamond Edition combo pack (DVD, Blu-ray and Digital HD) has a retail price of $36.99 and a rating of G. 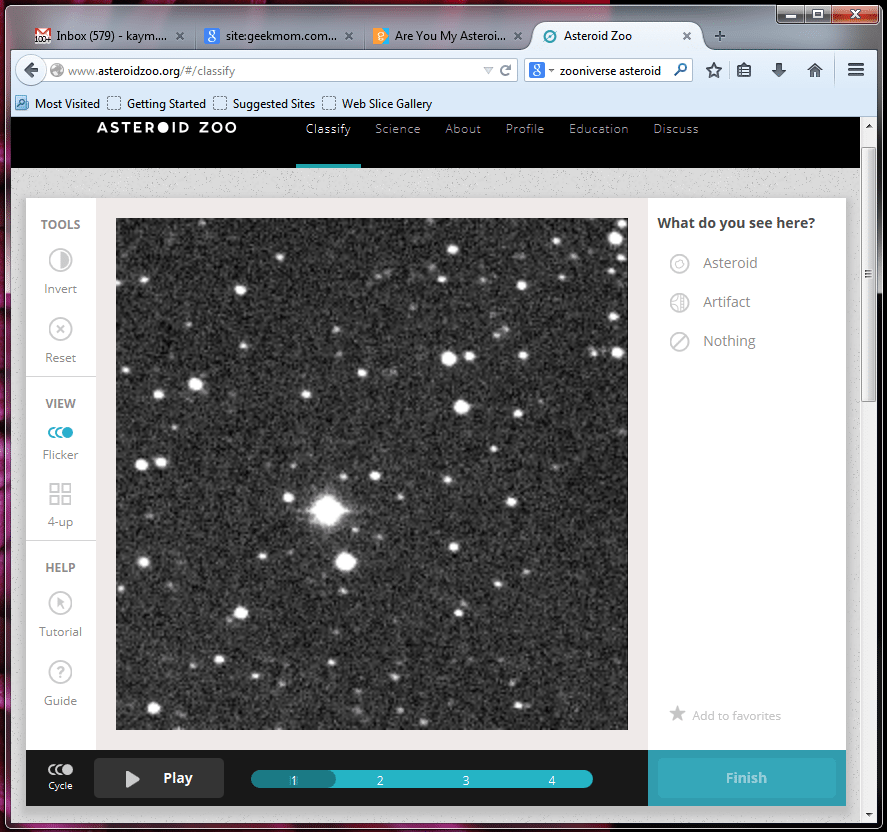