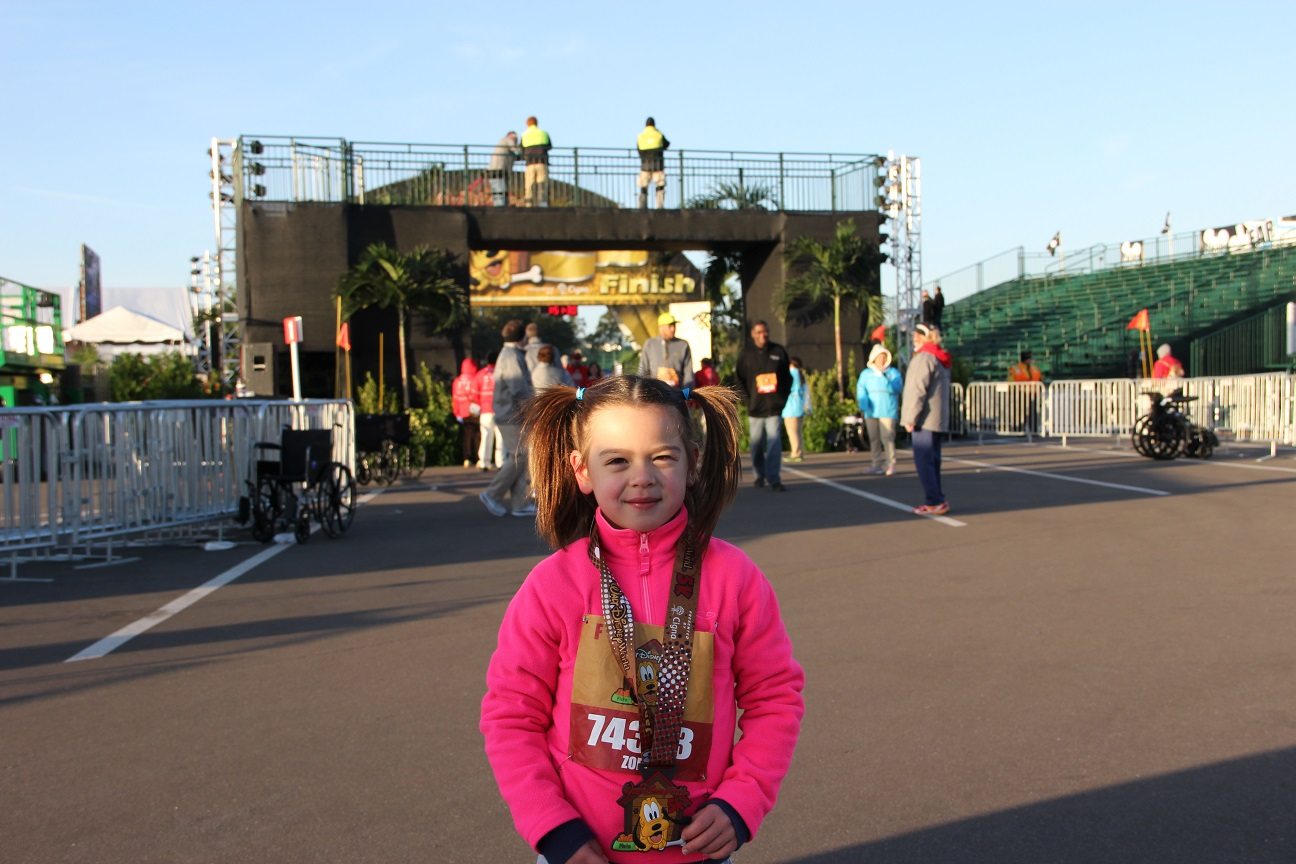 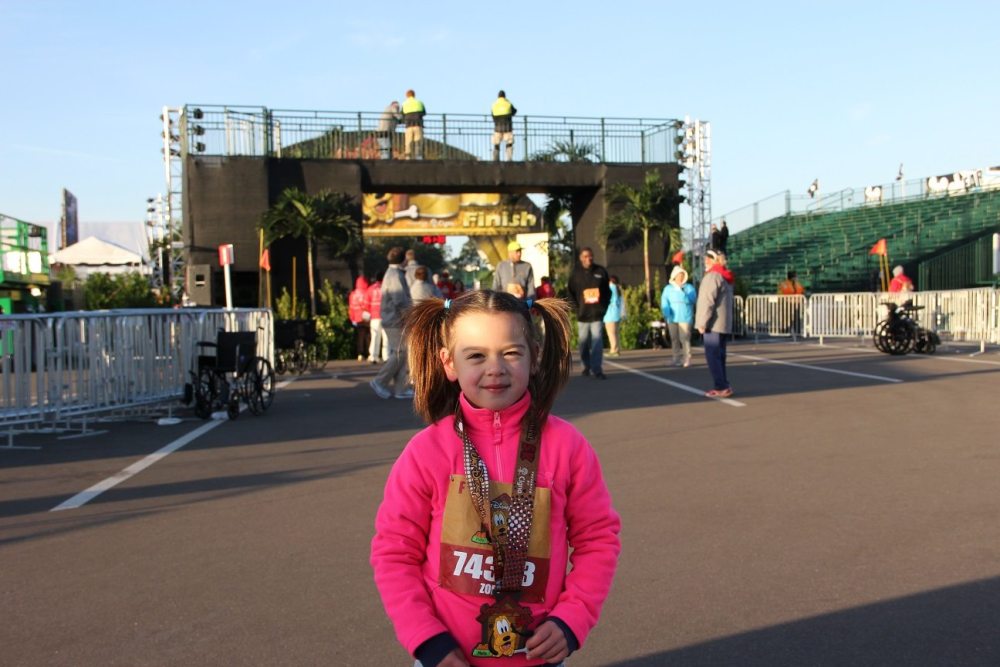 As a geeky parent, I’ve found that it’s all too easy to get trapped in a cycle of enthusiastically sharing various hobbies and pastimes with my kids. There are so many books, games, shows, movies, and toys I want them to experience and us to share. Unfortunately, most of these are also sedentary, indoor activities.

2015, I decided, would be the year we added healthier pursuits to our geeky regimen.

When I first told people that I had signed up my 5-year-old daughter for a 5K, they thought I was crazy. Those with kids around that age were especially incredulous. No one could believe that a 5-year-old would be able to run 3.1 miles.

I was fairly confident she could do it. I mean, when you think about it, a typical 5-year-old probably runs twice that much every day. Just not all at once.

Over the last few months, I was training to run my first full marathon—the Walt Disney World Marathon—and I thought it would be fun to share the experience a little by running together.

For little ones, runDisney hosts a series of kids’ races that are actually a ton of fun. Both of my kids have done them before. Depending on their age, there are 100m, 200m, and 400m races. Five-year-olds are lumped into the 200m dash, but I felt that was entirely too short.

There’s also a Mickey Mile, which is open to all kids 13 and younger. I toyed with that idea, but the course is around some baseball fields at the ESPN Wide World of Sports complex. The 5K course runs through Epcot. It was no contest. 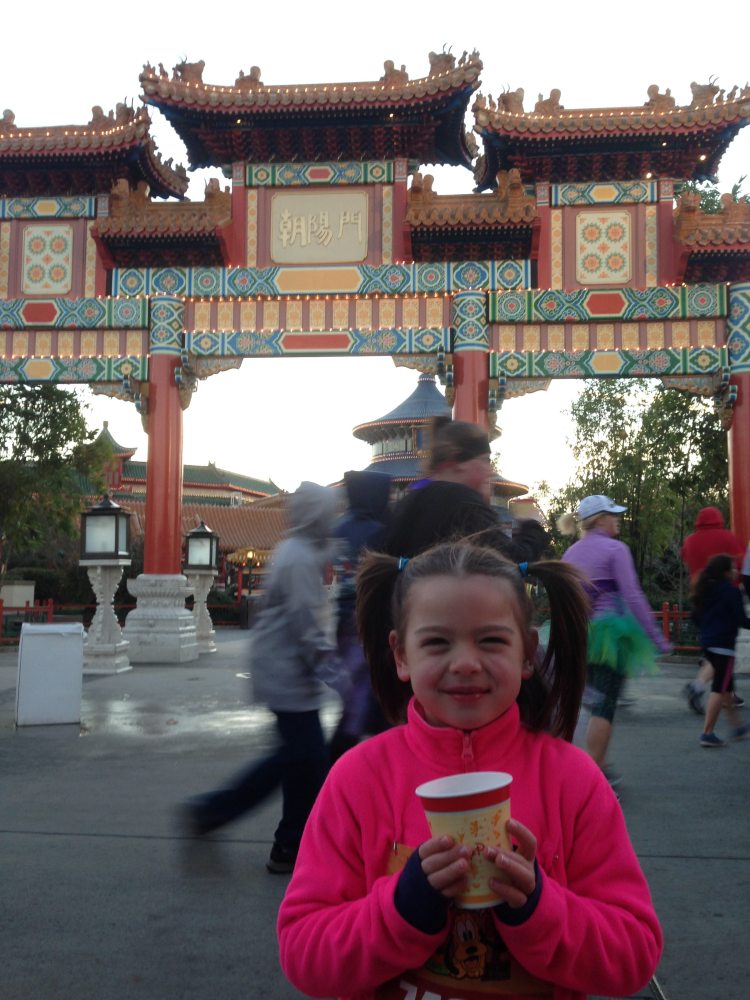 If your kids aren’t overly athletic or haven’t run anything before, these shorter distances are perfect. Start there, and then work up to a 5K. You might be surprised at how quickly that can happen.

I would never recommend a 5-year-old specifically “trains” for something like a 5K. Indeed, my daughter didn’t do any real training. We weren’t looking to break any land-speed records. We weren’t targeting any specific time. We were just looking to have fun and hopefully finish. If you keep that as your goal, then I believe almost any kid can get out there and run a 5K. (Any adult, too, for that matter.)

To keep things in perspective, I set a few rules for myself:

The closer we got to race day, the more people questioned her ability to finish. “It’s such a long way for such a little kid.” The more skepticism I heard, the firmer became my resolve to see her finish. I knew she could do it. 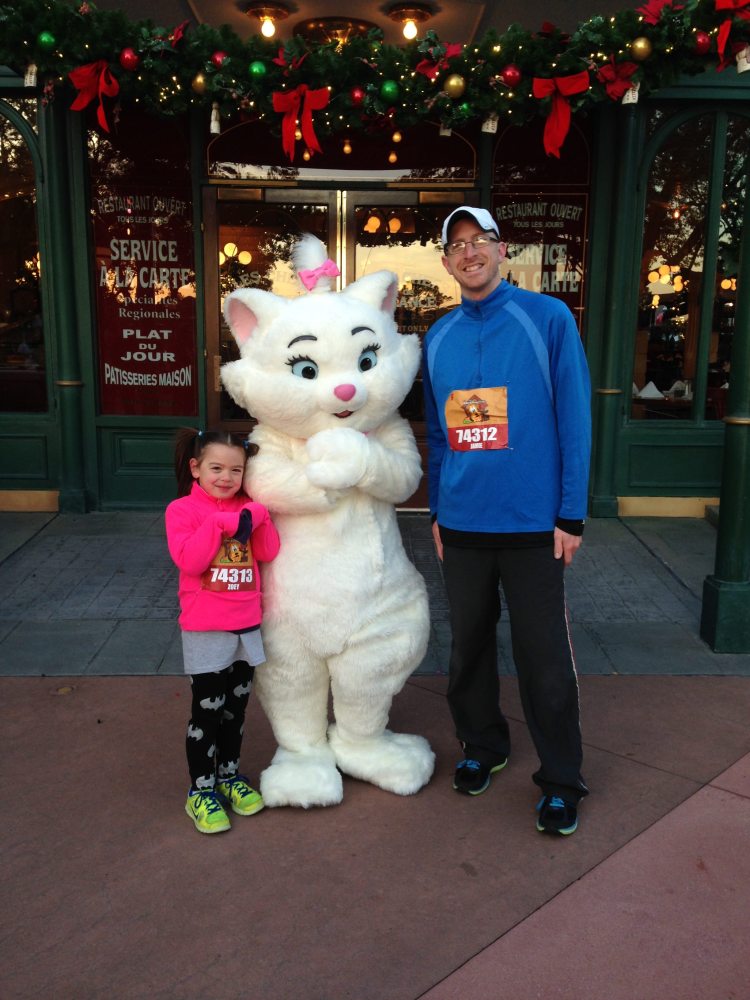 However . . . the naysayers did have a point. It is a long way on little legs. And she’d never run that far in one go before. She’s athletic, is a fantastic swimmer, and takes taekwondo three times a week (currently a Yellow 2 belt). But her longest race had been a 200-meter dash.

On New Year’s Day, we ran a practice 5K at our gym. She surprised even me by running almost the entire way . . . with a respectable time! Success! If she could do it on boring neighborhood streets, she could certainly do it through Epcot.

The morning of the WDW 5K brought atypical Florida weather. It was a predawn start, and temperatures were in the 30s with blustery winds. Everyone was shivering and cuddling up to one another in the starting corral for warmth. It certainly didn’t help that we were in the back of the last corral.

But once we started running, there was no looking back. She set the pace, ran the entire thing, and only stopped to walk at the two water stations. And running through an early dawn, lit-by-sunrise Epcot did indeed provide the necessary motivation to keep her going.

Now? With two 5Ks under her belt already this year, I think she’s been bitten by the running bug . . . and a healthy dose of pride. She’s been telling anyone who’ll listen that she finished a 5K.

It’s been an invaluable self-confidence boost.

Whether you’re an avid runner or desperately clinging to a New Year’s resolution, don’t leave the little ones at home. Strap some sneaks on your kids and get them out there, too!

The best part of running is that you can do it anywhere. You don’t need to run through a Disney park. Start small; start local. Wherever you live, there’s bound to be a 5K within the next couple of weeks. And it’ll be far cheaper than a Disney race, too! Don’t worry about time; make your goal simply to finish.

Skylanders (or whatever) will still be there when you get back.

(It’s important to note that runDisney races are in very high demand, so if you’re thinking about one of them, you pretty much have to sign up the day registration opens. In the case of the WDW Marathon weekend, which took place earlier this month, that meant making a commitment way back in June of 2014. Sure enough, most of the weekend’s races sold out in a matter of hours.) 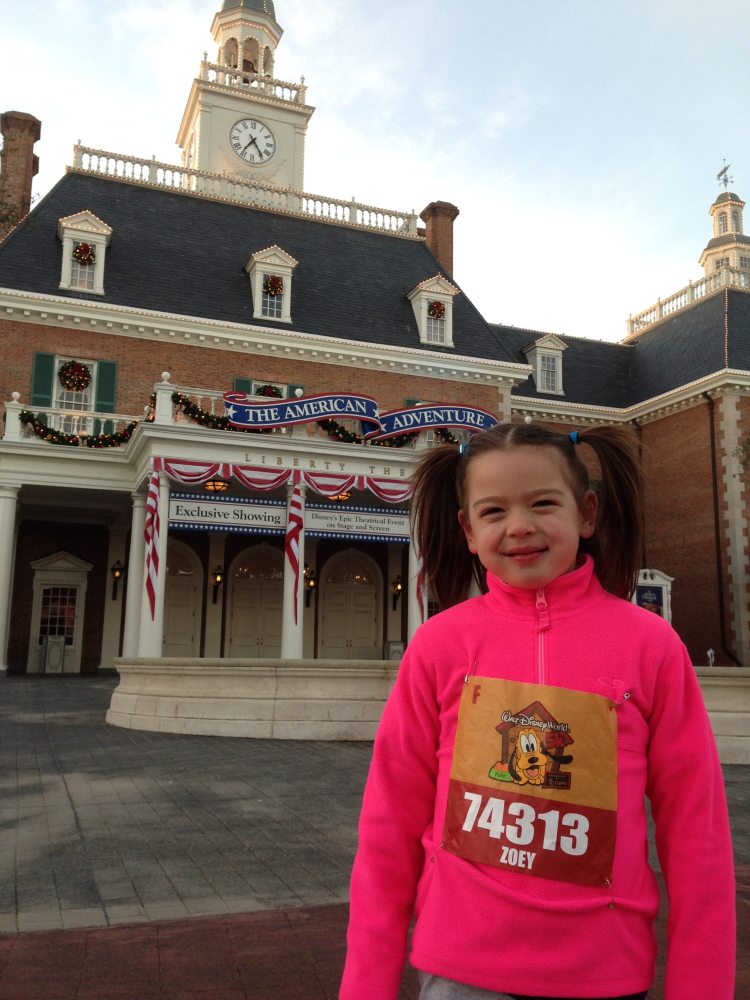 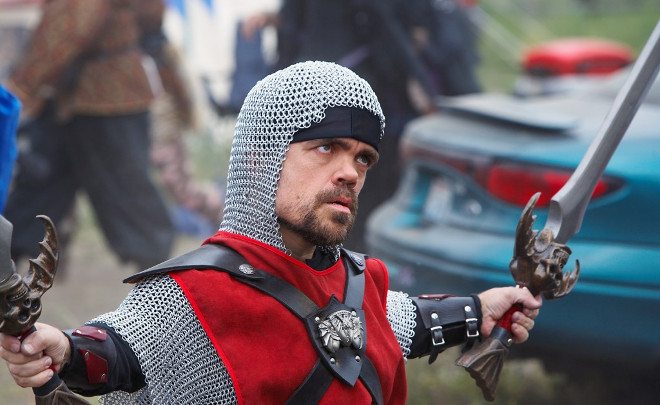 Shouldst Thou Gets to a Theatre for Knights of Badassdom?