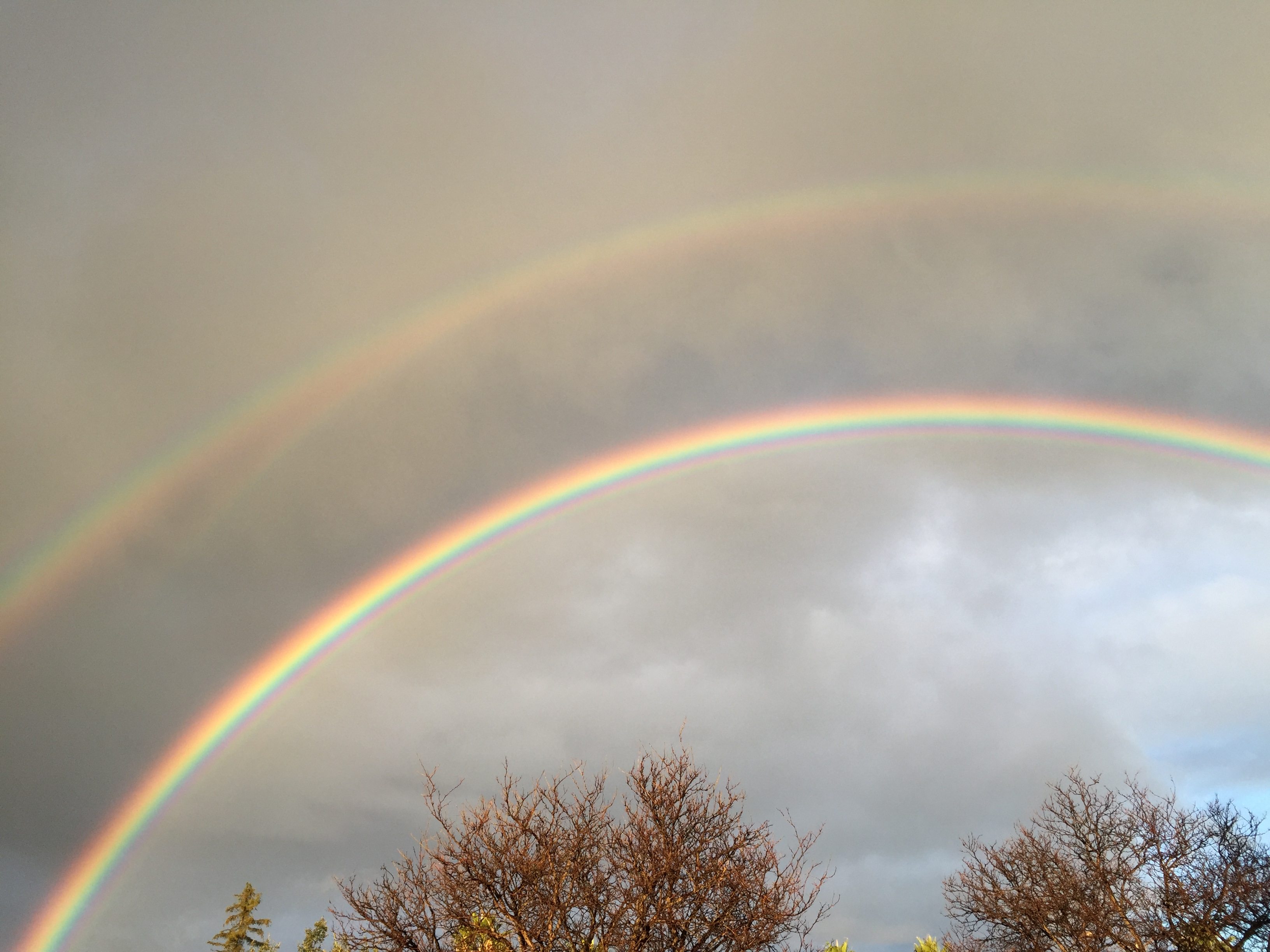 We’re finally getting some much-needed rain here in California, though it’s going to take a lot to start pulling us out of drought conditions. And with rain, come rainbows. I was driving my older son to bowling practice yesterday afternoon when the conditions for rainbows were suddenly perfect: showers overhead, but a break in the clouds further west where the sun was heading for the horizon. We kept looking around, trying to spot a rainbow, and we weren’t disappointed. Indeed, as you can see above, we were treated to the mythical (well, meme-ical) double rainbow. Turns out they’re not all that uncommon, and the science is pretty cool. From Wikipedia:

Secondary rainbows are caused by a double reflection of sunlight inside the raindrops, and appear at an angle of 50–53°. As a result of the second reflection, the colours of a secondary rainbow are inverted compared to the primary bow, with blue on the outside and red on the inside. The secondary rainbow is fainter than the primary because more light escapes from two reflections compared to one and because the rainbow itself is spread over a greater area of the sky. The dark area of unlit sky lying between the primary and secondary bows is called Alexander’s band, after Alexander of Aphrodisias who first described it

I hadn’t realized the colors were inverted until I read that, but low-and-behold, you can see it in the picture. So, there you go: a beautiful sight, and a science lesson, all at once! 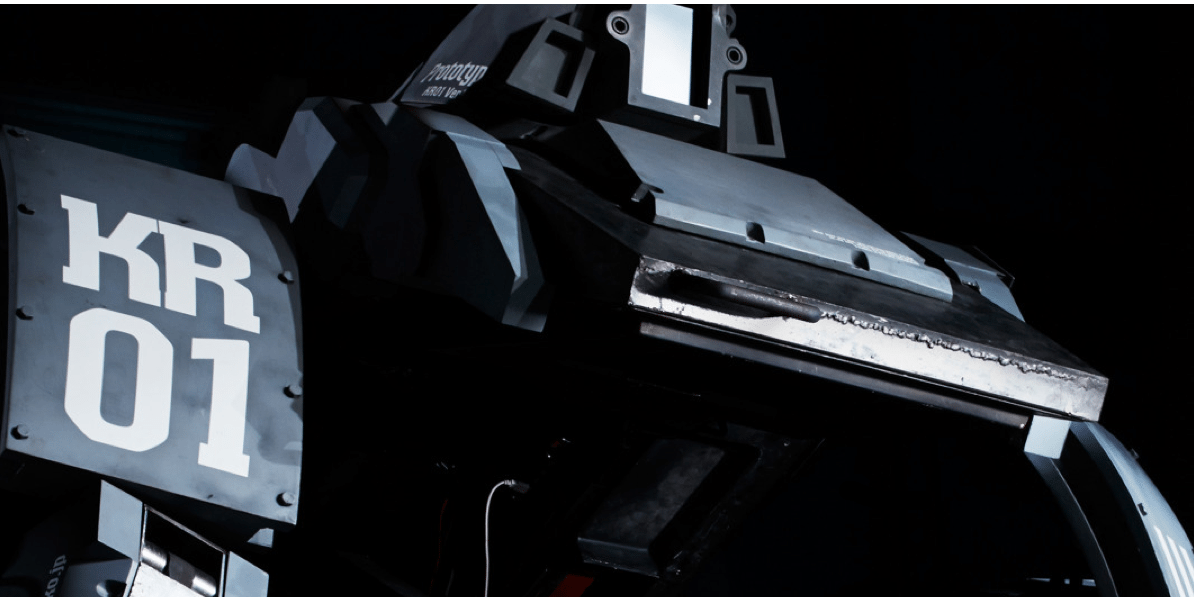 National Panic Over iOS 7, Senate Hearings to Be Held