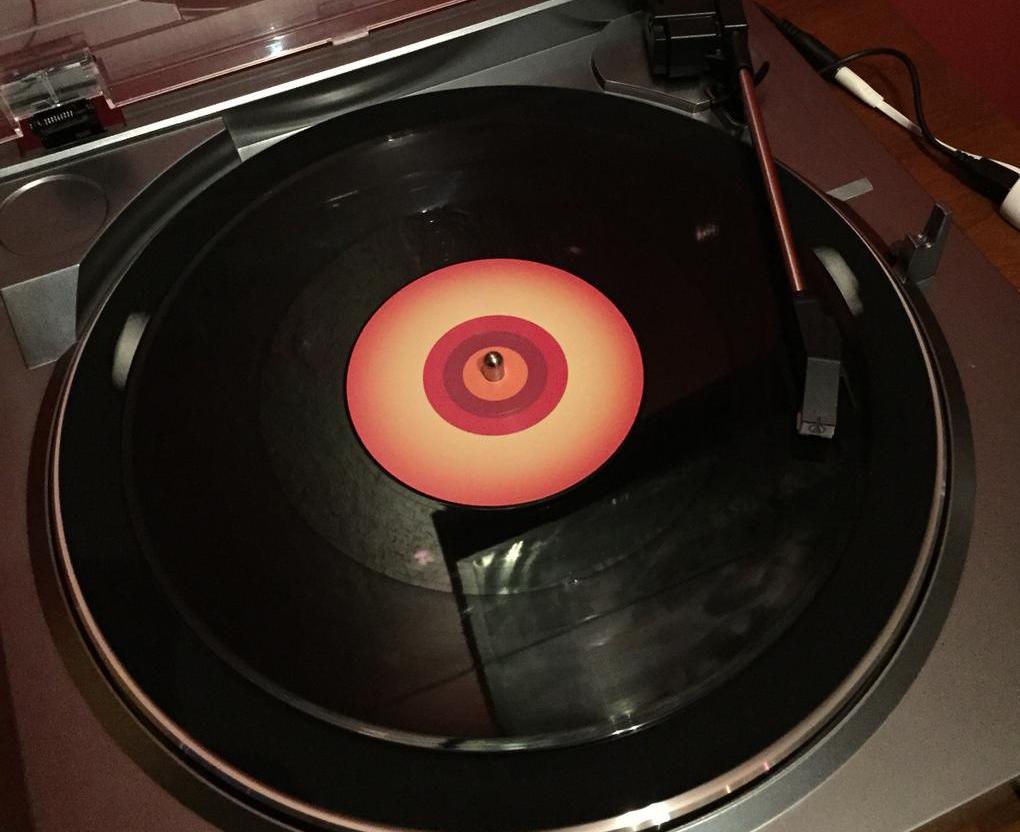 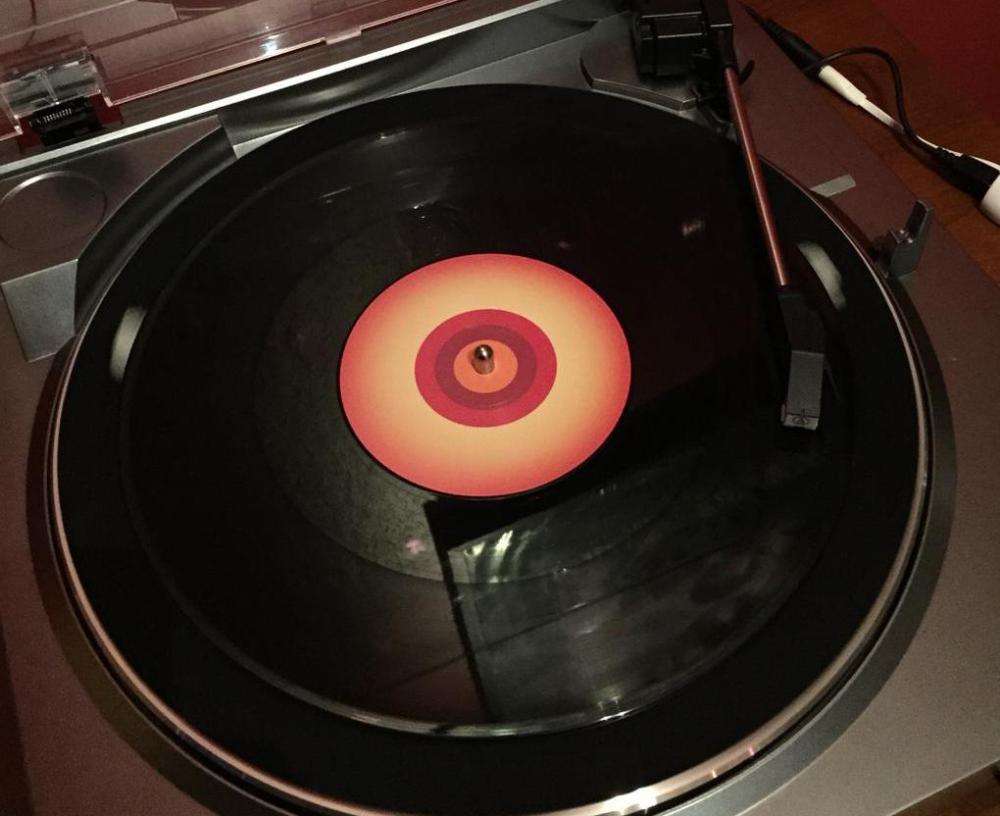 Vinyl is not dead, not by a longshot. Consider that you can, if you want, pick up a version of the Guardians of the Galaxy soundtrack (Awesome Mix Vol. 1) as an LP right now. Indeed, there’s a certain hipster love for the analog format many of us grew up with, and a nostalgia for the great album art that used to be a mainstay of the music experience. And while it’s certainly still possible to purchase record players at reasonable prices, and indeed purchase ones that will connect to our computers (allowing us to rip those tracks for portability), there’s no simple way to incorporate a record player into the modern wireless music systems. No one has put out record players with AirPlay compatibility (update 3/17: still no. Someone called Trntbl has had a $429 unit available for pre-order for over a year, but no real product yet).

So, I decided to try to make it work. Now, I will admit there are some Bluetooth-capable players out there, but they all tend to be these big retro-looking units. What I wanted was a nice, clean-looking player that would be situated in the game room, that I could somehow hook up to the Mac Mini we have in our kitchen that drives both hard-wired speakers in our kitchen, as well as some AirPlay speakers in the dining room, the AppleTV connected to our home entertainment center in the living room, and even the second AppleTV in our bedroom. I want to play vinyl throughout the house. 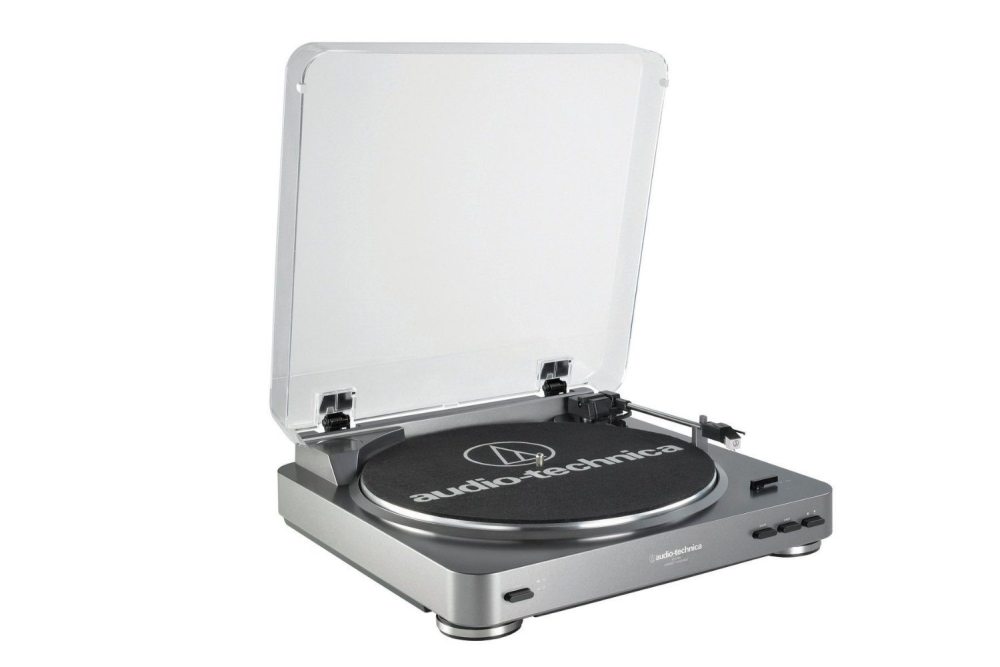 As I mentioned above, there are no AirPlay-compatible record players out there. So, next step was getting Bluetooth to work with an otherwise-normal record player. I first chose the Audio Technica AT-LP60. It’s a good-looking player, with one important feature: a built-in pre-amp. Traditional record players had to be plugged into an amplifier to deliver their sound to speakers. The AT-LP60 can output line-level audio, meaning that with the right adapters, you could even plug headphones into it and listen. And indeed, it comes with the right adaptor to take the RCA stereo output, and change it to a female audio mini-jack. 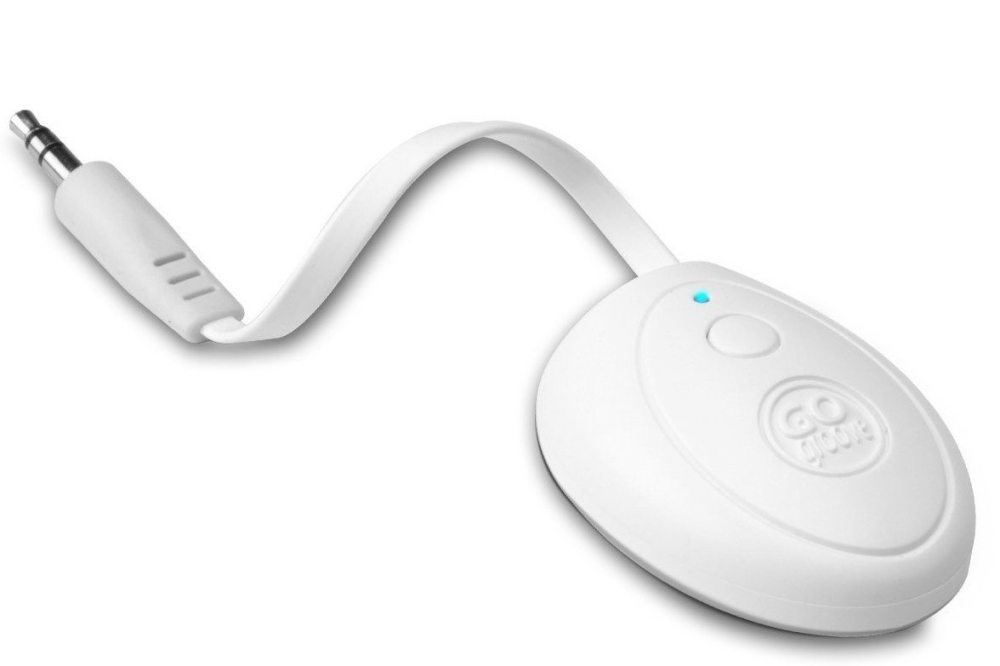 So, here comes the wireless component. First, something that will take the audio from a mini-jack and transmit it via Bluetooth. I found the GOgroove BlueGATE TRM Bluetooth Audio Transmitter. It will simply plug into any audio mini-jack, and transmit the sound via Bluetooth to a receiver. It’s actually a rechargeable device that will work for up to 15 hours without being plugged in, but I’m keeping it attached to a power source (it charges via USB).

Second, it was a matter of receiving the audio on our Mac Mini. Problem is, Macs like this (it’s a slightly older Mini, on OS X 10.7.5, but I believe this is true of all of them) cannot act as Bluetooth audio receivers. They don’t have the right Bluetooth protocols (and there’s no simple software fix). So I needed a Bluetooth audio receiver as well. 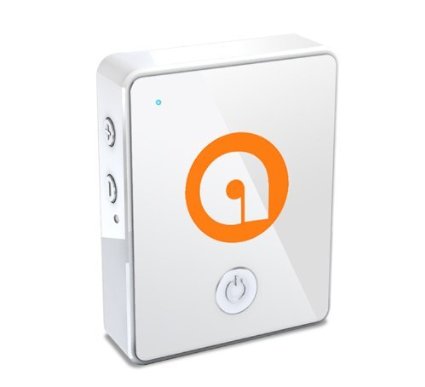 Luckily, I had an auris freeDa Bluetooth® Music Receiver lying around (I originally supported the Kickstarter campaign; they’re great for adding Bluetooth audio for a car that only had an Aux-in). It’s basically the opposite of the GOgroove; you connect something like your phone to it via Bluetooth, and you can push music through it to a mini-jack audio output, or through an Apple 30-pin dock.

So, the big challenge was getting these two devices to connect. Neither one has a sophisticated GUI, or even a screen; just an LED that blinks red or blue depending upon status, and a single control button. However, when I held down each device’s control button to put them into search/pair mode, they found each other and synced up without a fuss. It was like magic!

UPDATE 2: There are a number of switchable Bluetooth transmitter/receiver products coming on the market, including ones with the newer Bluetooth 4.1 Aptx high-def protocols, so you don’t have to mix and match; remember you need two (2) units, one to transmit from the record player, one to receive at the computer. Here are a few I’ve found:

So, with the wireless component sorted out, there was just a bit of software left to deal with. The auris receiver connects to the Mac Mini’s audio line in via a male-to-male mini-jack cable. I have two important pieces of software running on the Mini to make it all work. The first is Line-In from Rogue Amoeba Software. It’s a FREE utility that lets you re-route audio inputs and outputs through the computer. I set that to pass the audio line-in signal to the default audio output. 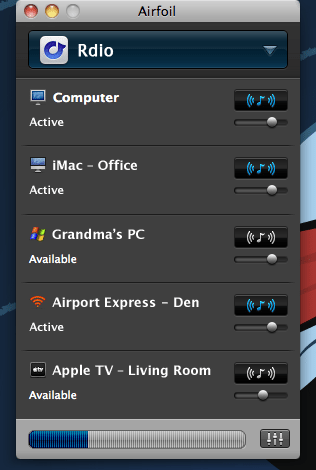 Then I use AirFoil (also from Rogue Amoeba, for $25) which wonderfully allows you to send ANY audio on your Mac to any AirPlay devices on your LAN (their add-on software, AirFoil Speakers, can turn any other computer or smart phone into an AirPlay receiver so you can get your audio almost anywhere – including Windows machines). AirFoil sends the system audio back out via the Mini’s line out (to the hard-wired speakers), as well as the AirPlay speakers, and to our Apple TVs. It’s all working great.

Yes, this seems like a bit of a kluge, and please, if you have alternate solutions (other than putting the record player next to the computer), please let us know in the comments. But for now, we’ve pulled the boxes of old LPs out of our storage shed, and our teens are having a great time digging through all the retro music. 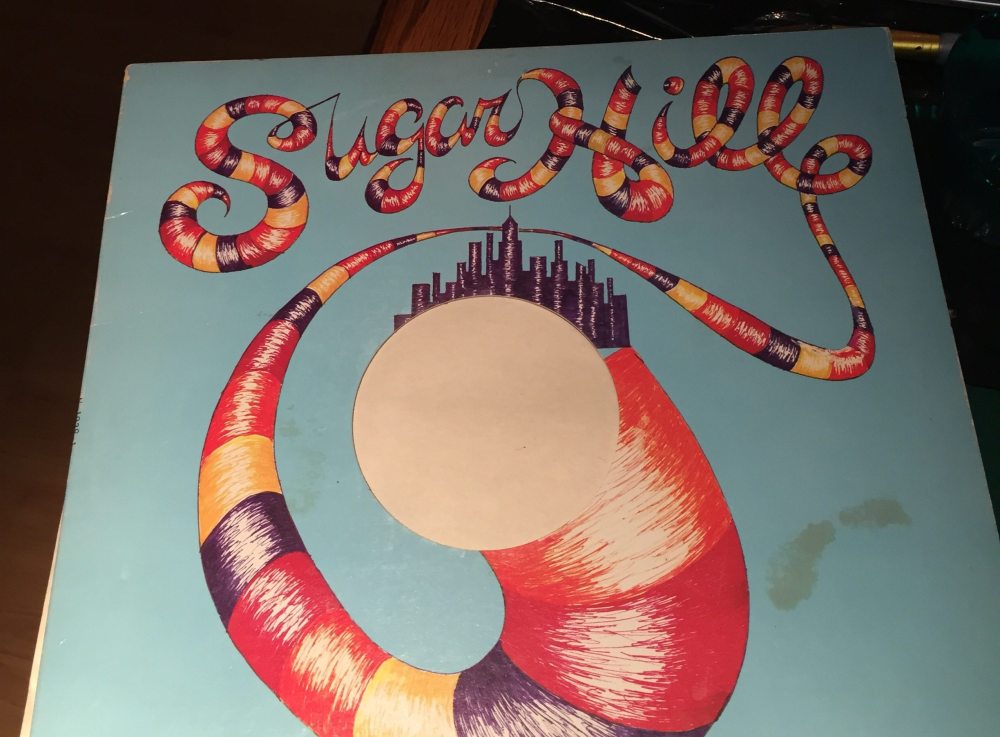 [Note: this posts was updated in March, 2017 with minor technical and link edits.]

32 thoughts on “Wireless Vinyl: How I Got a Record Player Connected to Our AirPlay Music System [Updated]”