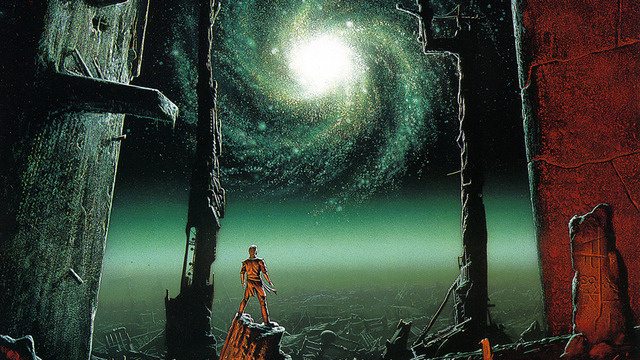 News hit late yesterday that Jonathan Nolan (Christopher’s brother and often creative partner) is developing the seminal Foundation stories by Isaac Asimov for HBO. There is no word on what the format will be (movie, mini-series, series), but we can only hope that it’ll get the big-time Game of Thrones treatment that it deserves. For many of us geeks who grew up devouring sci-fi literature, this series was huge, and outlines some of the biggest ideas in the genre. From Wikipedia:

The premise of the series is that the mathematician Hari Seldon spent his life developing a branch of mathematics known as psychohistory, a concept of mathematical sociology. Using the laws of mass action, it can predict the future, but only on a large scale. Seldon foresees the imminent fall of the Galactic Empire, which encompasses the entire Milky Way, and a dark age lasting 30 thousand years before a second great empire arises. Seldon also foresees an alternative where the interregnum will last only one thousand years. To ensure the more favorable outcome, Seldon creates a foundation of talented artisans and engineers at the extreme end of the galaxy, to preserve and expand on humanity’s collective knowledge, and thus become the foundation for a new galactic empire.