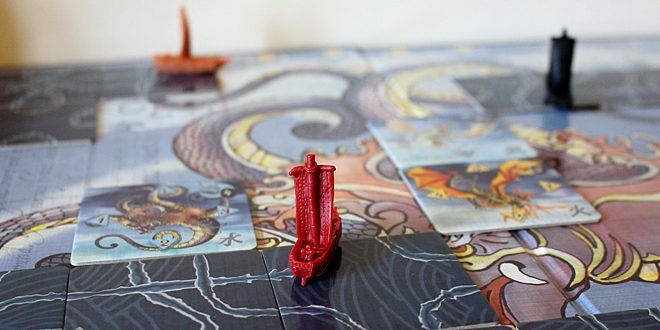 Over summer we looked at the beautifully simple family board game Tsuro. The game is great to play with anyone, even non-gamers, but may be overly simple for more experienced gamers.

Today, we look at the sequel Tsuro of the Seas and the Veterans of the Seas expansion that build on the original premise while adding in extra complications that more experienced gamers will appreciate.

In the original Tsuro each player is a dragon and forges a path around the board by playing tiles from their hand. The goal is simple: Stay on the board. The last player to remain on the board having not forced themselves off the edge, or flown into an opponent, wins. In Tsuro of the Seas, you play a ship traveling around the ocean. The basic premise remains the same, to stay on the board as long as possible without crashing or falling off the edge, but beware: Here be dragons.

Between four and six sea dragons (or daikaiju as they are known in the game) move randomly around the board. Bump into one and you’re out. The daikaiju move first during every turn. Players roll two dice to determine if and how this happens: A roll totaling six, seven, or eight means that they are on the move. Each daikaiju tile includes five arrows, one for each direction of movement and a fifth for rotation on the spot. If a six is shown, then the tile remains stationary.

Just like the players, the daikaiju may also fall off the board or die by crashing into one another, however there must always be at least three on the board.

If movement results in the number dropping below three then a new tile is spawned. Once the daikaiju have finished moving, play continues just as in original Tsuro until the next player’s turn.

The inclusion of the daikaiju really changes the game. In the original Tsuro, players are only concerned with each other’s movements and often spend the game trying to stay as far away from one another as possible. The daikaiju move randomly, so their movements cannot be predicted. They also destroy the paths left behind by players making the board itself more open to evolution whilst simultaneously removing the ability to plan too far ahead. We found that the amount of concentration it took to play was more than doubled in this sequel–it is definitely a version for more experienced players.

The game also offers a small expansion pack called Veterans of the Seas. The pack adds in some additional tiles including the Mystic Portal, Tsunami, Uzushio (whirlpool), and Taihous (canons). Most of these tiles work against the players by adding in additional difficulties the ships may encounter, but the taihou tiles can be used to defend against daijaiku at any time during the game. These few tiles make a great addition for very little cost, however we did find the instructions for the Mystic Portal somewhat unclear.

As the holiday season approaches we are once again starting to think about which games to take with us to various family gatherings. By taking Tsuro and Tsuro of the Seas, we will be able to cater to every level of experience from small children through to regular gamers looking for a challenge. With the addition of the sequel, Tsuro is now truly for everyone. 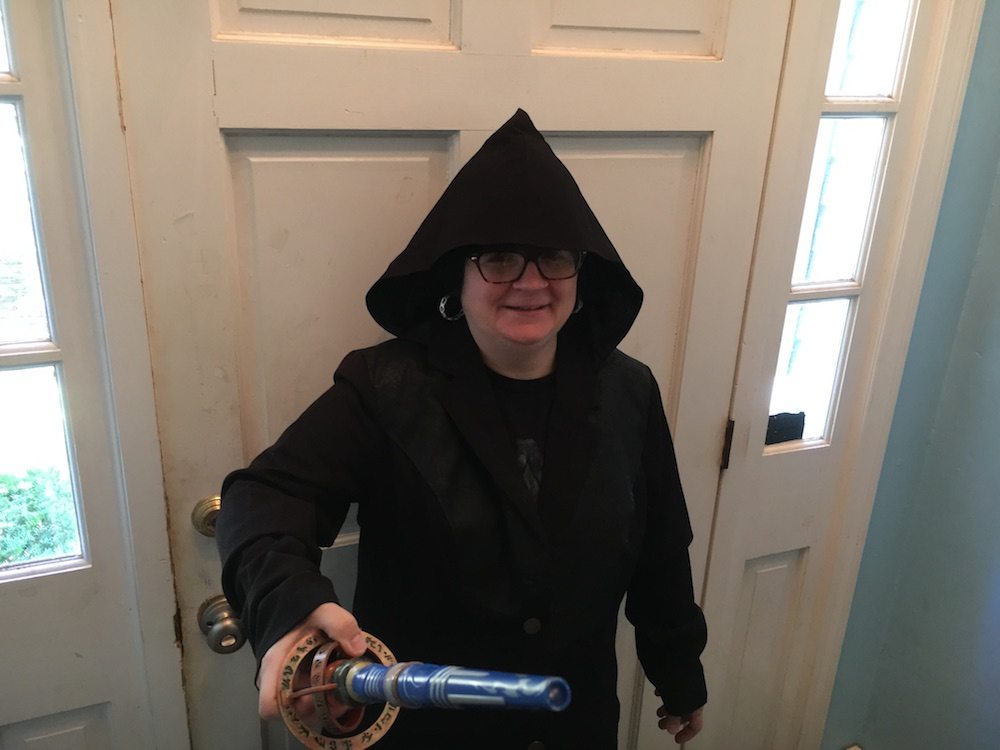 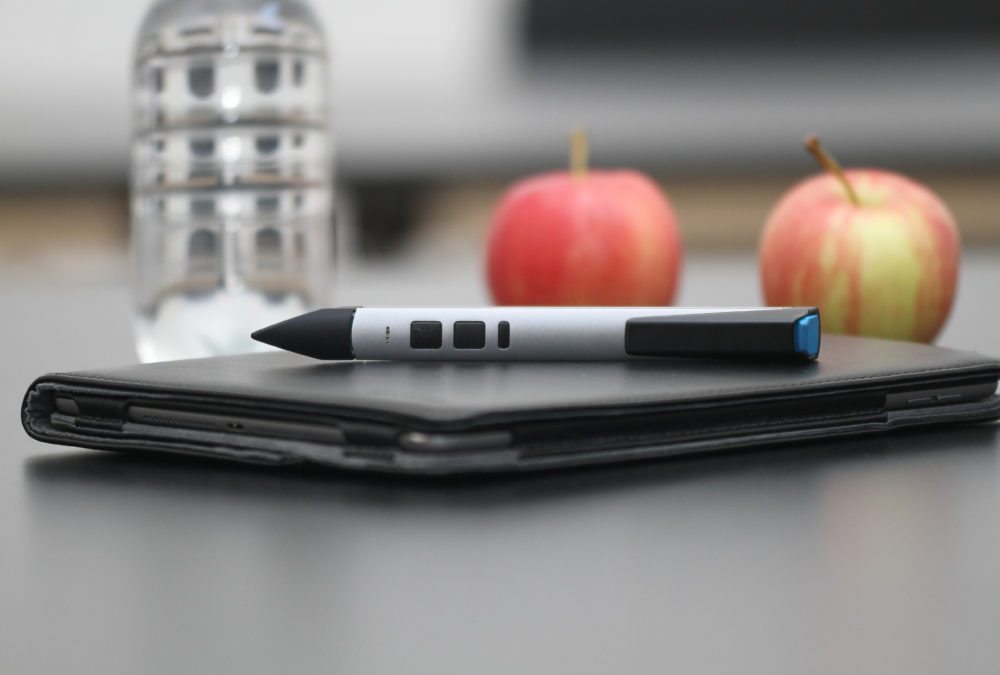