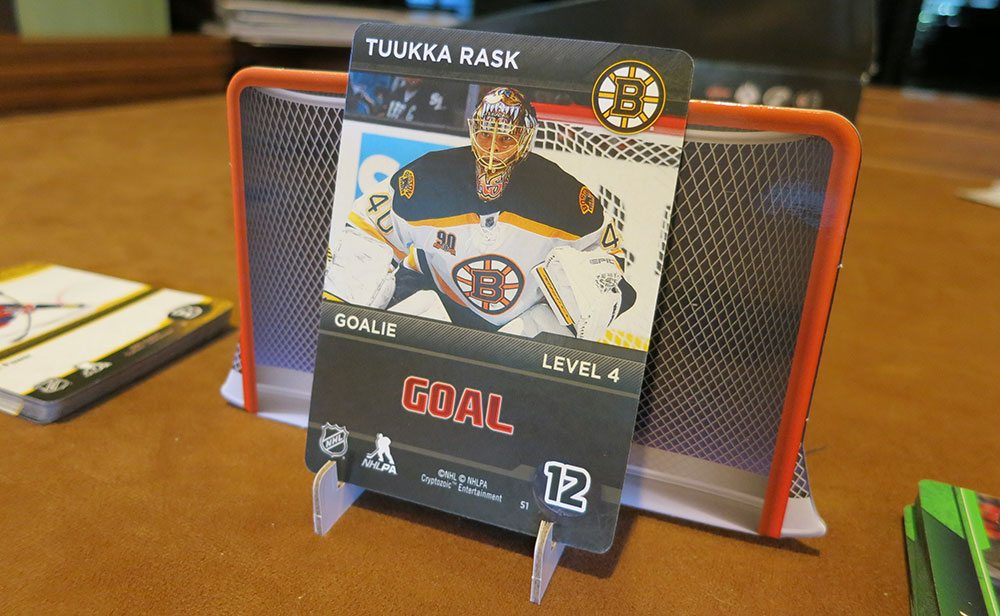 Last night, the NHL dropped the puck on its 97th season of play. Over the next six months, 30 teams will each play 82 games to see if they can loosen the Los Angeles Kings’ grasp on the Stanley Cup. But for fans watching at home, there’s a great new game to help set the mood for a season on ice — NHL Power Play Team-Building Card Game.

Cryptozoic, the game’s publisher, is calling this one a team-building game, but you’ll recognize it as a deck builder with a twist. Each player in the 2-4 player game starts out with the same cards and buys cards until they have enough power to shoot on goal while opponents throw up extra defense against you. A lot of work went into the card names and effects and, playing the game, you get a lot of the same fun and tension you get from watching an NHL game. This game uses the same Cerberus game engine that Cryptozoic’s other deck builders use. So lace up your skates, pull on your sweater, and learn more about NHL Power Play Team-Building Card Game.

In the box you’ll get six oversized Captain cards, a hockey puck token, a cardboard hockey goal with a stand for placing goalie cards in front of the pipes, and 201 game cards, plus a rulebook. The hockey goal is really nice, as are the Captain cards, but the main game cards are of average quality and mine are already showing some wear. You may want to think about sleeving this game.

Also, the box insert is really thin plastic and my copy arrived shattered and useless. While waiting outside the entrance of the Gen Con floor this summer, I ran into a guy who had bought the game the day before only to find his insert was destroyed in similar fashion. I resolved this problem by making some tuckboxes. (Edit: This is a problem that Cryptozoic is aware and are working to resolve.) 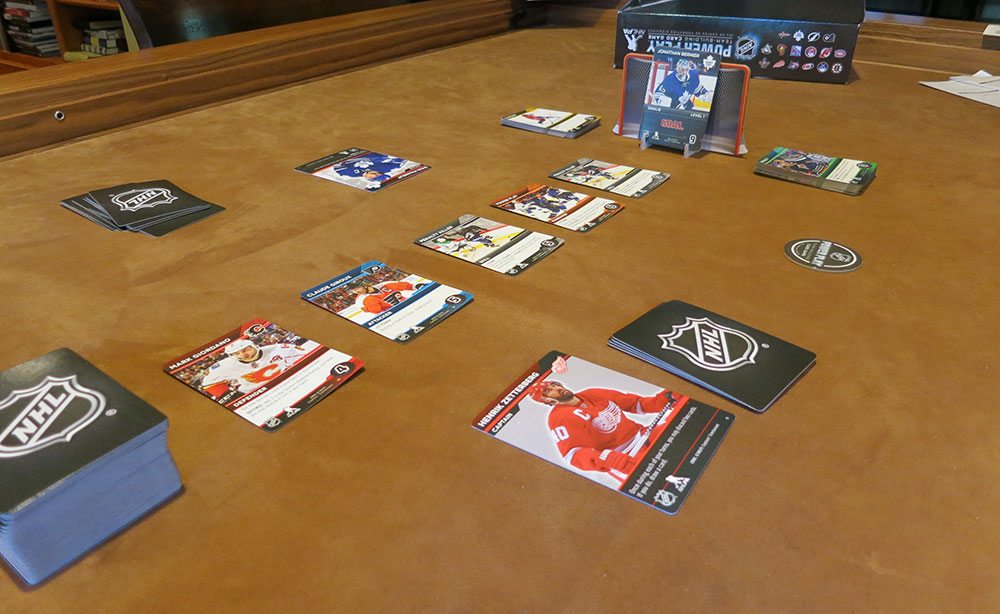 Each player chooses a Captain and receives 7 Pass cards and 3 Tangled on the Boards cards. Cards have a buy value in the lower right and most have a Power value, which acts as your currency for buying other cards, and some effect text beneath the photo. Pass cards are your beginning currency, worth +1 Power, and Tangled on the Boards cards are garbage cards, taking up space in your hand. The Captain cards also grant individual powers, so you’ll want to choose your Captain wisely.

The game board, known as Center Ice, is set up with the goal at one end and the main deck at the other. In between, five cards are drawn and made available for purchase. Flanking the goal are Slapshots (+2 Power) and Penalty cards. Slapshots are always available for purchase, as long as the stack is not depleted. Penalties are drawn when another card tells you to. If, during a single turn, you hold two penalty cards in your hand, you must declare them and go to the Penalty Box. You lose your turn, but you get to trash both cards from your deck.

Cards from the main deck are broken into four categories: Defenders, Attackers, Skills, and Maneuvers. Cards have a Power associated with them, an effect, or both. Further, some cards have an attack or defense bonus/effect when a player decides to take a Shot on Goal. 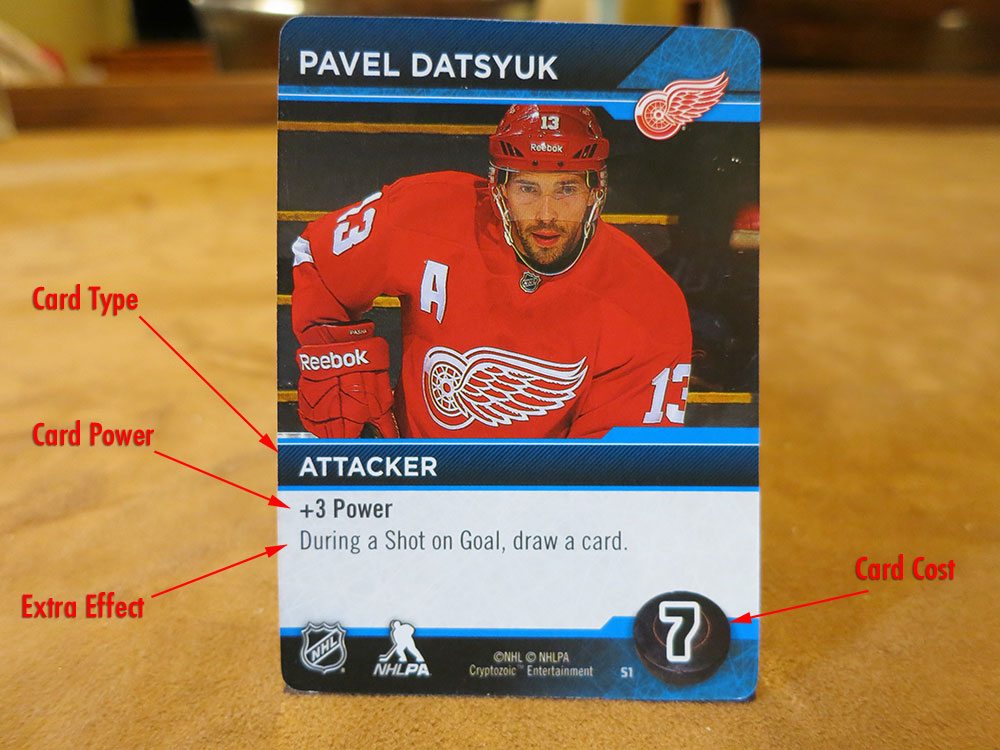 On a player’s turn he deals out five cards from his deck and looks at them. He can choose to build his deck by buying one or more cards from Center Ice using the sum of his Power points against the card costs. Cards are replenished after each turn. Or he can take the puck token and announce to the other players that he is going to take a Shot on Goal, which precludes the player from buying any cards on his turn. In each game there is a stack of goalie cards; the number of goalie cards changes based on the number of players.

Play continues from one player to the next until the goalie cards are gone or until one player has an insurmountable lead. If you manage to deplete the huge Main card deck, the game also ends. (But good luck with that!) The player or team (2v2) with the most goals wins.

This game first got my attention at Gen Con when the Cryptozoic folks told me that this was an attempt to reach out to people who don’t play a lot of games. By calling it a team builder, they feel like they are now able to convince sports fans to try something they might not normally be interested in. I really admire that approach and I hope they bring more gamers to the fold.

As a game goes, I was pretty skeptical when I first saw it. I really love hockey. But a lot of games like this emphasize the licensed property first and the gameplay second. Happily, NHL Power Play is the perfect mix of both. You get all the teams and players of the NHL and some really solid and enjoyable game play. I haven’t had this much fun with a new deck builder in a long time. Matt Hyra, who has designed a lot of Cryptozoic’s games, including the really fun Food Fight, has done an exceptional job at capturing the nuances of ice hockey.

To that point, here are a couple of examples of Hyra’s attention to the game: one Maneuver card, the Fake Shot, allows you to announce that you are Taking a Shot, which may draw out opponent’s Defenders. After this deke move, you can return the puck to the goalie stack and buy cards like normal. Another example is a Skill card, the Face-Off Specialist. With this card, if you play it first, you can dump your hand and draw four new cards — a useful choice if you draw a bad hand. 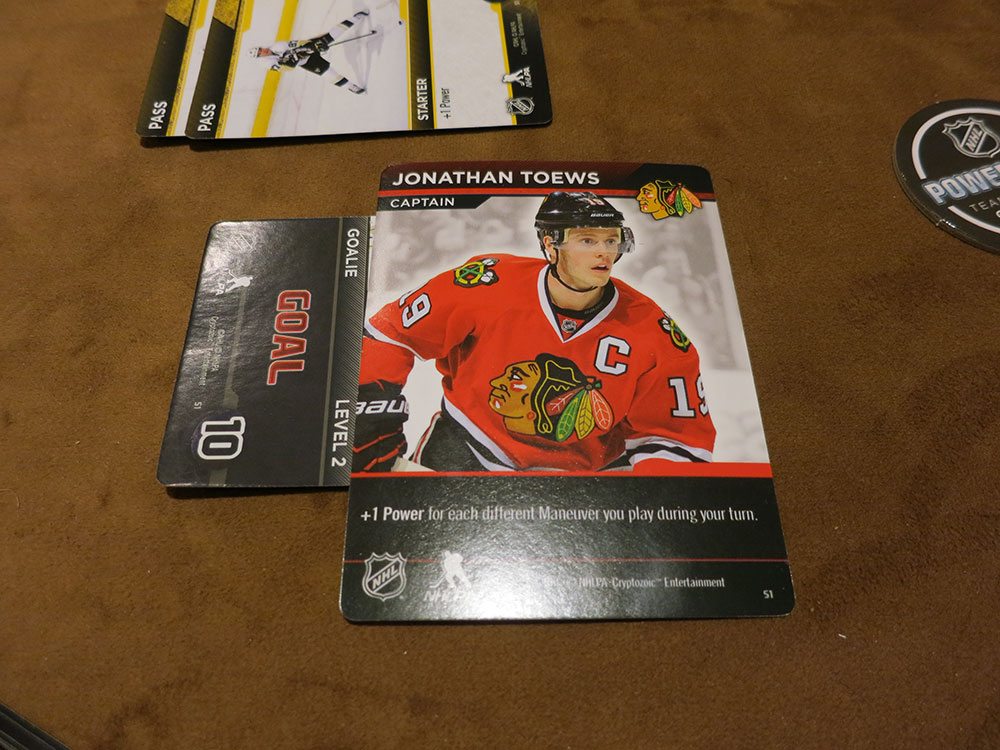 I’m sure some of it is the excitement of the new season, but I can’t stop playing this game. We are having great fun with it — turns are almost as fast as a Steve Stamkos slap shot, while entire games last about the length of a single period, about 45 minutes a game. I think this time will shorten as we become more familiar with the cards.

I love the theme, the photos are great, the effects are really suited well to the NHL, and the twist of building a deck to then use against a boss (and your opponents working against you too) is a lot of fun. Because of this, the game is a lot more challenging with 2v2 four player games, which feature lots of defenders throwing their bodies on the ice to help block Shots on Goals. But two player games are still a lot of fun!

If you like deck builders or you follow hockey, NHL Power Play is worth checking out. It’s enough like other deck builders that you can quickly pick it up and it’s different enough that it’s a unique experience. But if you’re into deck builders and hockey, go buy this game right now. You won’t regret it. Cryptozoic has plans for expansions throughout the year, including this season’s top rookies in January, to coincide with the All-Star game, and a pack of Captains, Skills and Maneuvers that will coincide with the Stanley Cup Playoffs in April. Grab a copy of the base set and start working on your Doc Emrick imitation. 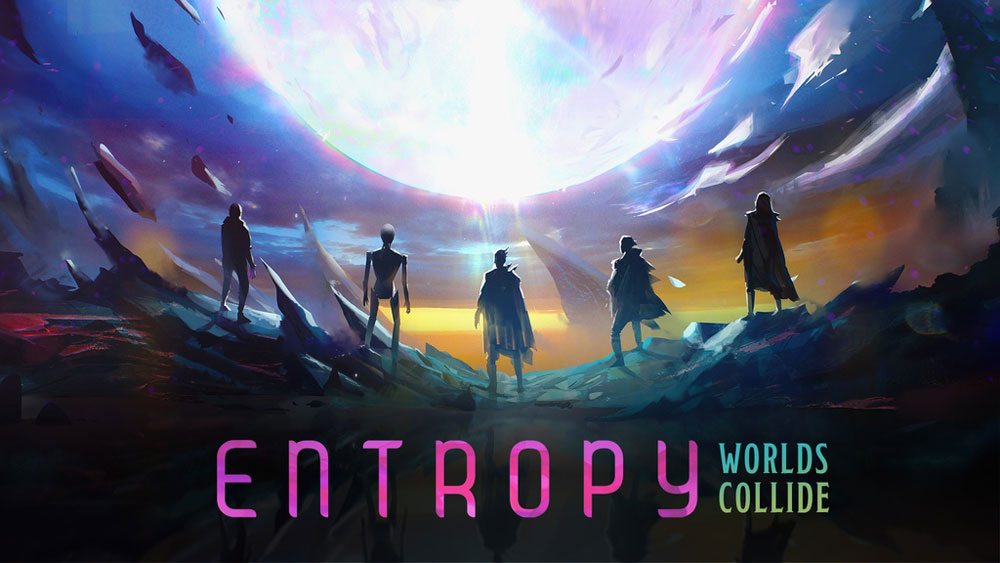 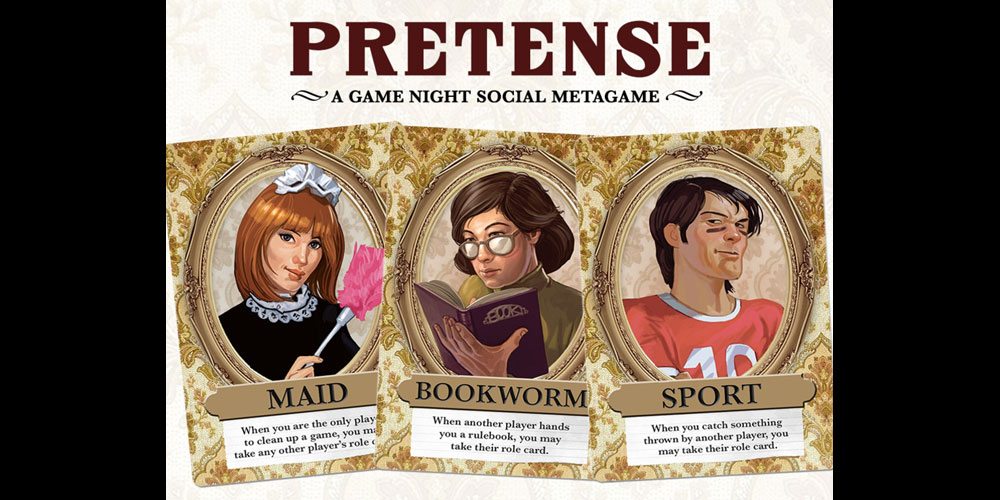