We can’t stay silent any longer. We know what’s happened to people who have spoken up before, and we are well aware that people are going to leave comments on this post that would make a Klingon blush. Staying silent would be the easy thing to do. But we don’t consider staying silent an option for us any more.

Gamergate began as revenge-motivated backlash against an indie game developer named Zoe Quinn, sparked by her ex-boyfriend. Fueled by criticism of the video game industry for treating both female characters in games and female developers of games as less useful and interesting than their male counterparts, the flames from a depressingly large number of men on Twitter and other social media grew higher and higher. It got to the point where media critic Anita Sarkeesian cancelled a speaking appearance because of threats of violence. From there it got to the point where any woman who dared speak up about the subject found her personal information immediately revealed online for anyone to find (doxxing), and herself threatened by complete strangers with sexual assault and violent death. And it’s kept going, under the guise of being a discussion about journalistic ethics (because the original, false, allegations against Quinn were that she had traded sexual favors for positive reviews of her games).

It’s very clear that the atmosphere has been corrupted. We’re guys who are gamers, and we don’t want awesome people like Felicia Day to think we might be misogynist jerks. We have mothers and sisters and, more importantly, daughters, and we want them to be able to wear their geeky gaming shirts proudly, to go to conventions and enjoy the camaraderie, to enjoy the basic human right not to live in fear.

The internet is the greatest vehicle for free expression that has ever existed. Websites gave birth to blogs, which gave birth to social media. Social media, combined with the smartphones in everyone’s pockets, is a wonderful and terrible thing. Gamergate has brought this into stark relief, and on some level we suppose we should be grateful for that. This is a problem that’s been there for too long, like a nagging pain that only sends you to the doctor when it turns agonizing.

Free expression is one of the most misunderstood concepts this side of special relativity. Too many people seem not to realize that their right to express themselves stops where other people’s rights begin — in particular, in this case, other people’s right not to be threatened with injury or death. The fact that this isn’t obvious to some people is depressing, perhaps mostly because we aren’t as surprised as we’d like to be that it isn’t.

We geeks like to think of geekdom as accepting. We like to think of ourselves as a group that will let anyone in who wants to join, because we were once the outcasts. We were the ones who were bullied in school, who were looked on with derision by so many adults, who, yes, often had trouble dealing with members of our preferred sex. We made our own manhood rituals fighting trolls and owlbears. We got our triumphs figuring out how to get the Babel Fish in the Hitchhiker’s Guide to the Galaxy Infocom game, or how to use the Warp Zone in Super Mario Bros.

There were plenty of girls who played games in the ’80s, too, of course. But if we knew any of them then, we KNEW them; they were our friends. We played with them, so they didn’t intimidate us. We didn’t have a World Wide Web to constantly encounter perfect strangers with similar interests. Perhaps the problem is that lots of guy geeks have become hardwired to see other guy geeks, and particularly gamers, as “normal,” so they accept them pretty quickly. But women? Women that they DON’T KNOW? Hell, no. They’ve got to protect their territory from those GIRLS! And after that, with fear as a motivator, things can get ugly.

Whatever the case, we know there isn’t anything we can say that’s going to change the behavior of anyone who’d sink to the level of making personal threats against strangers. Heck, the likelihood of any of those people reading this article is minimal at best. If you’ve read this far, you probably feel the same way we do, and if so, we’d like you to join us in a pledge:

Read the pledge at GeekDad.

Interview With Justin Min of ‘The Umbrella Academy’ 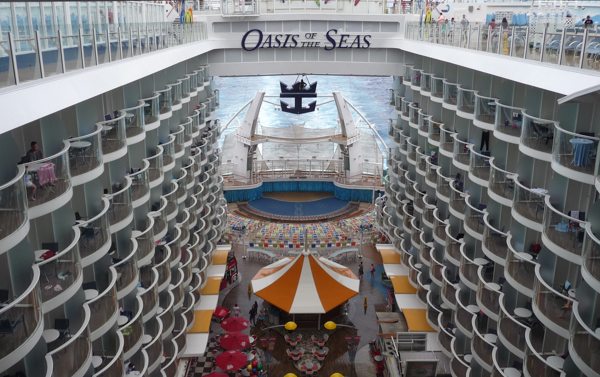 Nine Ways to Geek Out on Oasis of the Seas

2 thoughts on “GeekDad Speaks Out About Gamergate”