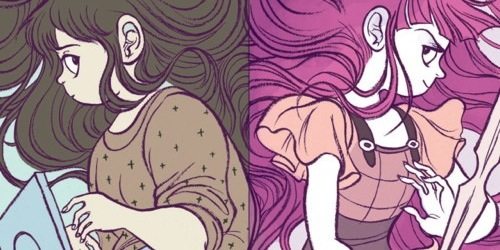 Recently, I had a chance to ask Cory Doctorow, author of such books as Little Brother, Makers, and Rapture of the Nerds, and co-editor of Boing Boing, some questions about his upcoming graphic novel, IRL (In Real Life). Illustrated by Jen Wang, IRL is the story of a teen girl’s adventures with online gaming, touching upon topics such as poverty, culture clash, gaming, and adolescence.

GeekMom: Tell us a little about this book: What’s it about, and what inspired it?

Cory Doctorow: As I told Forbidden Planet: This is the third iteration of an idea that I’ve been circling around since the early 2000s. It started with a Slashdot story about a (notoriously unreliable) games developer announcing that he’d been secretly paying cheap Mexican workers to labor in a popular video game in order to amass game-treasure that could be sold on eBay.

That idea rolled around and around in my head and in summer 2005, I wrote a story called “Anda’s Game” (the title a play on Ender’s Game), which imagined labour unions taking advantage of the fact that “gold farmers” worked in a game space that their bosses didn’t own—a space that actually prohibited the bosses’ business!—so that they could organise workers who were otherwise not reachable.

This, in turn, related to my frustration with the dialog about globalism and labour that started in the 1980s, with the Reagan/Thatcher/Mulroney war on unions. When the car wars kicked off and jobs began to move from Detroit and southern Ontario to Mexico, the workers there acted as though the enemy was Mexicans, not their bosses.

This was profoundly ahistorical. In the early days of the labour movement, when waves of new immigrants were regularly presenting themselves as new industrial workforces, it was common for the bosses to fire striking workers from one country and replace them with scabs from another, and then use racism to play them off against each other. “You’re the proud sons of Germany! Are you going to let some lazy Irish pig tell you that you’re not allowed to earn a buck?”

(This was used with real savagery when it came to African Americans who’d come north in the post-slavery era, who were routinely denied access to the best jobs and who were ruthlessly exploited by a cruel ruling class that recruited them as thug labor, to break strikers’ skulls with the Pinkertons.)

It was bizarre to watch the descendants of the workers who only won basic rights by seeing through their bosses’ cynical race-baiting, now falling prey to exactly the same kind of race-baiting. As soon as the Detroit workforce was convinced that the answer to their problem lay in racist, anti-Mexican bumper-stickers—and not in going to Mexico to unionize their brothers and sisters there, chasing GM and Ford to the ends of the earth—they had lost.

But of course, Mexican factories were in “Free Trade Zones” where union organizing is illegal and where corrupt police can beat, torture, and kill with impunity (though it was hardly better in the early days of the American Rust Belt—check out the Wikipedia pages on the Flint Sit-Down Strike or the Calumet, MI Copper Miners’ Strike).

But when the outsourcing movement reached Silicon Valley and programmer jobs started to flow to India, American workers’ reaction was even more shortsighted and stupid.

After all, the workers in India who were doing the jobs that these displaced techies had once held all spoke English, and all used the same internet. If you’d told a labour organiser in 1913 that he could reach out to replacement workers half a world away and talk to them in his native language, he’d have laughed at the ease of the task before him. You mean I don’t have to learn a foreign language and entire a hostile nation to reach out to these workers and ask them to stand in solidarity with me and mine?

My gold farmer stories imagine a globalised labour movement with the bravery and smarts of the IWW and the other early unions. They come out of game guilds—a guild being pretty close to a union already—where they have honed the skills of cooperation and tactics, and they have a shared identity as gamers that they appeal to in their quest for labour justice.

“Anda’s Game” went viral, and was, for a time, a lot better known than the still-obscure practice of gold farming itself, so that whenever a story about gold farmers hit the news, I was praised for my predictive ability. (William Gibson calls this “predicting the present.”)

By 2006 or so, gold farming was totally mainstream and there were hundreds of thousands of workers in the Pacific Rim making a living at it—mostly Chinese workers. In 2009, I started work on a novel called For the Win, a global, multi-POV young adult novel about a trade union called the Industrial Workers of the World Wide Web (or “Webblies”). (I stole all this stuff from Ken MacLeod.) I traveled to Mumbai and Singapore and south China, and was given generous assistance from gamers, writers, dissidents, academics, and labour organisers.

I had originally thought that FTW would be a graphic novel series—a series of three single arcs that would each showcase a different game world and real-world setting (gamers in El Salvador playing mecha-fighter combat/strategy games, say).

But in the end, First Second asked for “Anda’s Game”—with its simple, stripped-down story—for a graphic novel adaptation, and found the amazing Jen Wang (whose Koko Be Good is one of the best graphic novels I’ve ever read) to work on it.

Jen did all the heavy lifting on this project—I want to be crystal clear on this. There are so many gracenotes in it that are entirely of her own making. I recognise my fingerprints on it, but it’s a collaboration in which she is the senior partner, and it’s her vision and visual sensibility that brings this story to life.

GM: Did you write IRL for anyone in particular?

GM: Who do you think would get the most out of reading this book?

CD: I have to be honest, I have no idea how to answer this question about this book or any other book I’ve ever read or written! I think books and their effects are ideosyncratic. I mean perhaps there’s a perfectly spherical, frictionless, hypothetical ideal Doctorow reader out there, but my experience of meeting my readers over the years has taught me that there’s a lot of variation in the cohort. I mean, there are plenty of nerdy dudes in black T-shirts with Unix jokes who totally hate me, and there are people who express their ardent fandom who look like the kind of dudes who used to beat me up after school. Apart from “The sort of people who think that this sort of book is a good book,” I got nothing.

GM: Why is this book important?

CD: Again, I think this is the wrong sort of question to ask about books. Books are important because of what they say, but also (and more significantly) because of where they arrive in the reader’s life. I mean, the questions of virtual and real identities, about labor and class, and about globalism and the paternal nature of entertainment and business in the 21st century are significant and only getting moreso, but this book could be a trivial afterthought in the life of one reader and a turning point in the life of another identical reader, based on whether these two readers were at a crossroads in their life in which a kind of emotional elucidation of these issues resulted in some kind of epiphany or change in direction.

GM: What would you say to a parent who is concerned about their child entering the gaming world? Would this advice have been different, say, 10 years ago?

CD: In general, my advice to parents is to chill out. This includes my advice to me, and I should listen to it more. Gaming—like sports, or math, or chess, or chinchilla breeding—can be a great way to pursue excellence, geek out, broaden your horizons, find a safe space to grow in, and establish your own identity, learn, and explore creative possibilities, find out about both personal excellence and teamwork, etc. Or it can be a trivial and transient hobby. Or it can be a cancer on your life, destroying your perspective and enabling you to avoid confronting the pressing issues of your world, to your enormous detriment. So basically, the advice is, “Try and figure out which one of those it is, and if it’s the last one, try and help your kid, but seriously, it’s probably OK.”

The major thing that’s changed over the past 10 years in games is the rise of the super-exploitative, psychologically engineered Zynga-style games, the Farmville progeny. These things are actually alarming, inasmuch as they are designed as Skinnerian conditioning devices to trick you into engaging with them without ever giving back any real satisfaction. Seriously, screw Zynga.

GM: What impact do you think gaming can have on a teen’s life?

CD: Depends on the kid, the game, and the other gamers. Big MMORPG raiding guilds offer chances to learn strategy and tactics, teamwork, heuristic development, programming, art, and math.

GM: What is some advice you would give to a younger person, or anyone really, who is interested in social justice/making a difference in other people’s lives?

When you start trying to change the world, people will ask you if you’re optimistic or pessimistic about your chances. That’s totally the wrong question. Because if you’re trying to change something, that thing had better be a burning hot important thing, a thing that must change for the world to be a good place. Fighting cancer, fighting starvation, fighting against sexual violence, whatever it is—these are things that shouldn’t exist and that must be changed.

If something must be changed, then you do the thing you can think of that helps you change it, even if the odds are long. If your ship sank in the open sea and you had no chance of rescue, you’d still tread water until your last kick, and that’s not “optimistic,” it’s hopeful. The chance of getting picked up is infinistesimal, but it’s zero if you give up and sink. Everyone who was rescued—everyone who succeeded—had hope. No one who gave up ever succeeded.

GM: How did the process of writing a graphic novel differ from writing a regular novel?

CD: A lot easier! Because Jen did all the hard work! I should do ’em all this way!

GM: Do you see any solutions to the problems you bring up in this book?

CD: The problems in this book—sexism, body image, economic injustice—are epiphenomena of larger questions of economic and social justice. We can and should fight about these issues, but for so long as our society is structured to require deep inequalities of outcome in order to drive cheap labor and windfall profits for investors, they won’t ever be resolved.

GM: Social justice work can be discouraging at times. Do you have any suggestions for people dealing with that?

Thanks so much for your time!

Cory Doctorow (craphound.com) is a science fiction author, activist, journalist and blogger—the co-editor of Boing Boing (boingboing.net) and the author of young adult novels like HOMELAND, PIRATE CINEMA and LITTLE BROTHER and novels for adults like RAPTURE OF THE NERDS and MAKERS. He is the former European director of the Electronic Frontier Foundation and co-founded the UK Open Rights Group. Born in Toronto, Canada, he now lives in London. His forthcoming books include IN REAL LIFE (a graphic novel from First Second), INFORMATION DOESN’T WANT TO BE FREE, a nonfiction book about copyright (from McSweeney’s), and a children’s picture book. 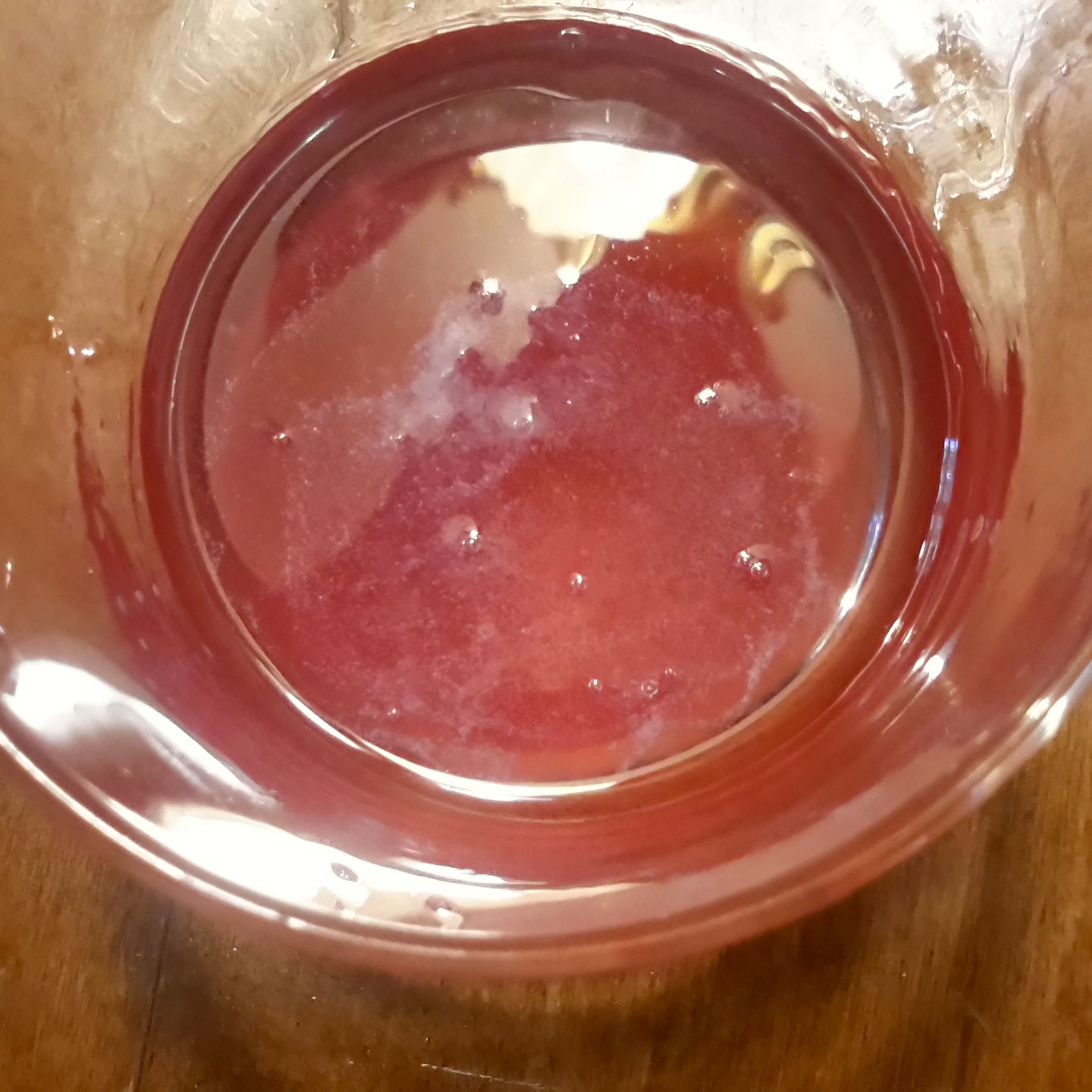 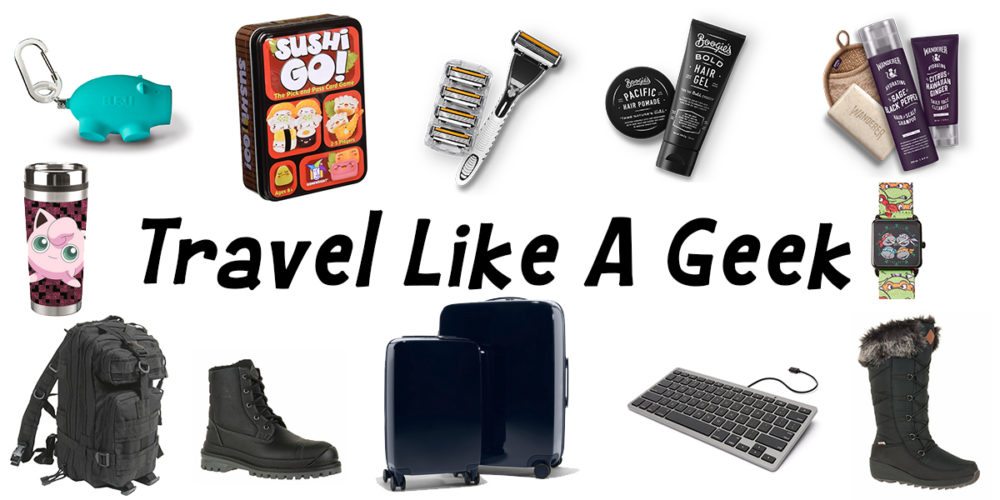