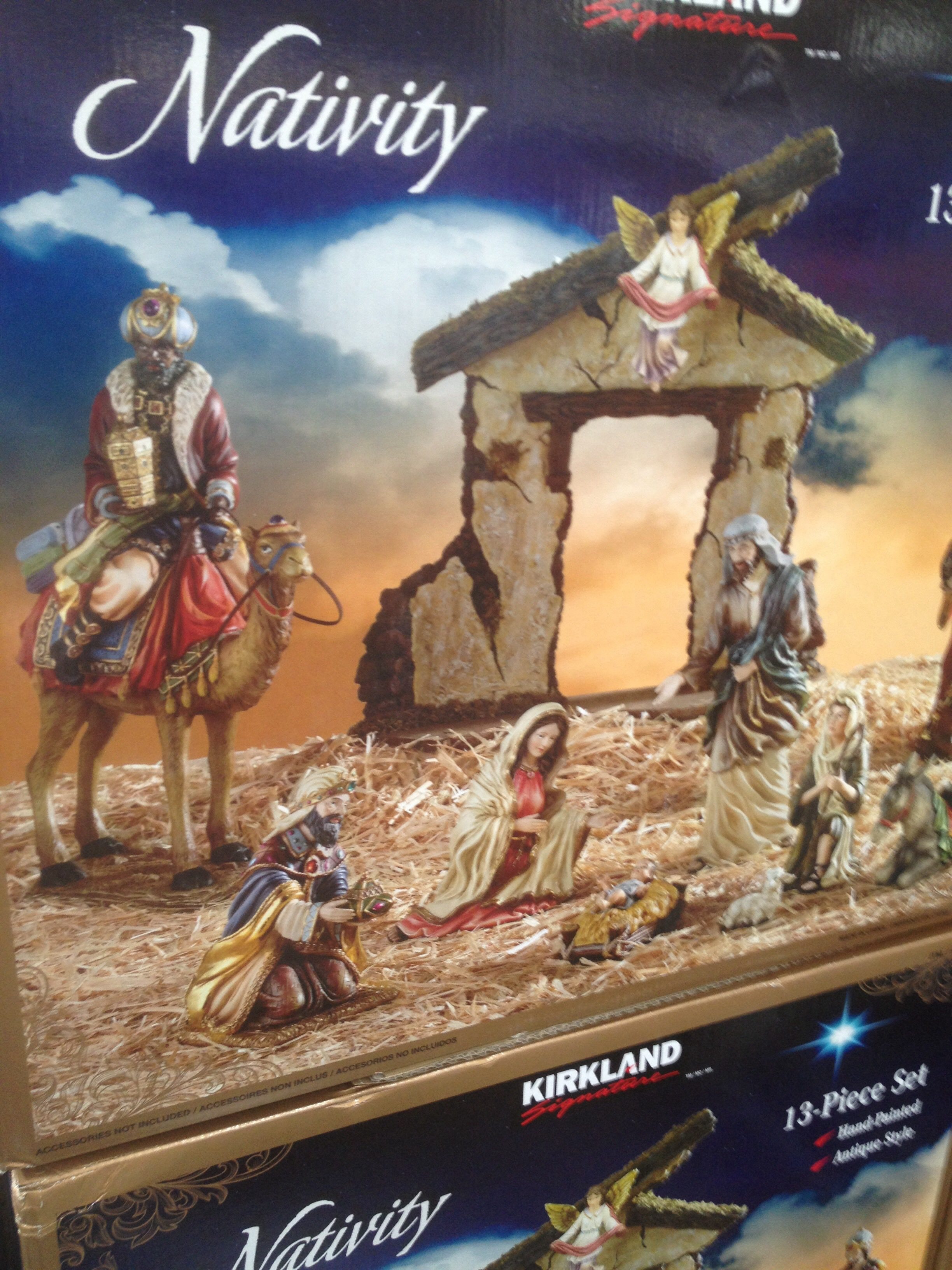 Fair warning: this is a rant.

I went to Costco on Saturday, September 6th, 2014. It is still summer. Sure, the kids are back in school and it’s getting close to time to put away the barbecue for the year, but still, we have not yet reached Autumn, and there were Christmas items already out and on sale.

This needs to stop.

I know, I know: I’m starting to sound like the old guy telling the darn kids to stay off my lawn (though I’m not worried about that as the drought here in California has pretty much killed our lawn anyway), but I’ve gotten to a point where I feel that a line must be drawn. Sure, we love the Christmas season. It’s a time of family and sharing that brings out, mostly, the best in people. It’s also a hugely commercial experience. Many companies make more over the season than in any other similar time period of the year. So it’s understandable that they want to stretch that out a little. But at what cultural cost?

If the Christmas merch is going up at the start of September, that means we’re spending ONE THIRD OF THE YEAR in the “Christmas Season.” Sure, it’s easy to say that it’s no big deal, just ignore it, but I can’t anymore. Doesn’t starting this early in some way diminish the other holidays just a bit? We’re celebrating Halloween and Thanksgiving and Hanukkah and Kwanzaa, but hey, remember it’s also almost almost Christmas, which is so much more important you should be buying your fiberglass nativity scene NOW NOW NOW. And by spreading it out so long, aren’t we (insert intentional Lord of the Rings reference here) spreading it a little thin? How can Christmas really continue to be special, when it’s with us for so long?

Should we really be super-sizing Christmas?

Do I have a solution? Well, it’d be pretty silly to try and mandate rules. THOU SHALT NOT PUT UP YOUR CHRISTMAS TREE UNTIL THE THANKSGIVING TURKEY IS EATEN wouldn’t really go over. And I’m sure there are so many different family traditions about this stuff that even opening this up for debate will be flamebait. But I can’t ignore it anymore. I’d like to start a movement – #NOEARLYXMAS. This isn’t about religion – no “war on Christmas” pro/con. It’s just about putting the holiday back where it’s supposed to be: something we start planning for sometime in November, yet which really doesn’t kick into high gear until after Thanksgiving. But how do we achieve it?

It’s basic economics. The stuff is going up because people are buying it. People are buying it because it’s there. The stores creep it up a little earlier each year to see if they can squeeze just a bit more out of it. If we’re going to break the vicious cycle, it has to start with stopping.

How about we stop buying Christmas stuff until two months before the holiday. Just stop, cold turkey. If we can change the economics, make it no longer profitable to put the merch up this early, then they’ll stop.

What do you say, people? Are you with me? Shall we start a social media campaign with #NOEARLYXMAS aimed at spreading this idea and pushing back at the retailers. They’re not doing wrong – they’re just following the money. We’re in control, with our wallets and our message. If we use those to change the behavior, the stores will follow. I hope.

Thanks for listening to me rant. I’ll go back to not watering my lawn now.

A Timeline of Women in Space

14 thoughts on “#NoEarlyXmas – Let’s Put Christmas in Its Place”