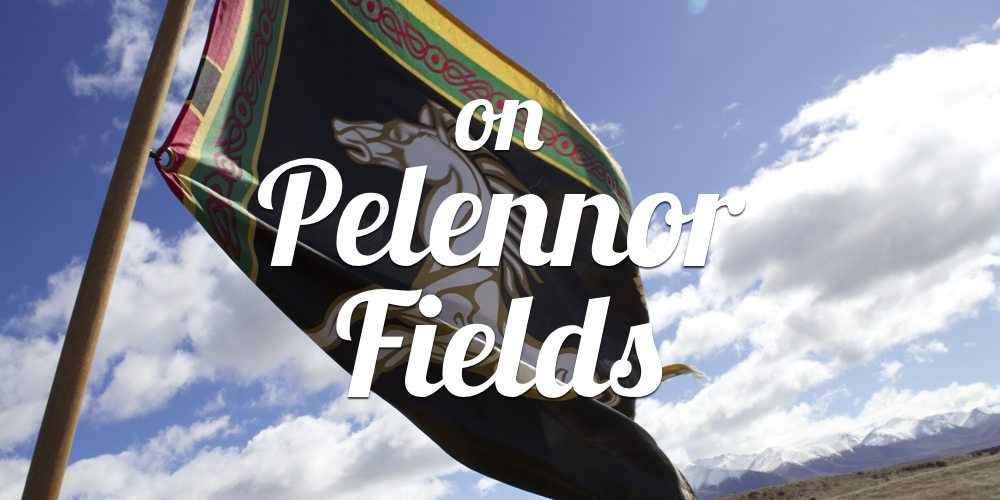 To many of us with geeky inclinations, you can’t think about New Zealand without thinking at least a little bit about the Lord of the Rings. So when we were planning the New Zealand leg of our Trip Around the World, Tolkien remained very much on our minds.

Of course everyone talks about Hobbiton, which is outside of Matamata (New Zealand has the best town names) on the North Island. But because of our itinerary, we had to pass on a visit to the Shire, however we couldn’t leave the country without experiencing at least one Lord of the Rings tour (and there are many to choose from).

And so it was that we found ourselves riding along in a van outside of Twizel (a small town of 1,200 residents right in the middle of the South Island) during a chilly spring morning, heading off on a two-hour tour of the lands that, for a brief time, were Gondor and Rohan.

Of the 121 locations used during the filming of the Lord of the Rings trilogy, this 7.5 hectare field was the largest—and the crew used every corner. It served as the location for eight major scenes set in Gondor, Rohan, and Osgiliath, and a full 30 minutes of the The Lord of the Rings: The Return of the King were filmed in right here, including King Théoden’s inspiring speech, the assault on Minas Tirith by Sauron’s forces, and Éowyn’s fight with the Witch-king of Angmar.

Dawn, our guide from One Ring Tours (who, like many residents of Twizel, worked as an extra on the films), went very deep on how production came to this remote parcel of land in the Mackenzie Country. She was full of information on how key scenes were filmed, matched up stills from the movie to their real-world locations, told some great stories about the actors and their contributions to the films, and explained many of the “movie magic” moments that helped to make the scenes so epic—like how the crew made the 120 horses on the set look like the full complement of Rohirrim riding to the aid of Gondor.

We also learned many cool facts about the scenes that were filmed here, like how Oliphants were brought to life (no, elephants were not imported into New Zealand), where all those orcs came from (tourists and some officers of the New Zealand army, a few of whom “went rogue” during filming, requiring re-shooting of key scenes in a studio), and how the brown-hued grass of the Mackenzie Basin was turned into the green grass of the Pelennor Fields (bio-degradable paint).

Dawn even had some great non-film anecdotes, like the story of a woman who flew to New Zealand, had a replica of the One Ring crafted from platinum, then hired a helicopter to fly her over Mount Ruhapehu (one of two volcanoes appearing as Mt. Doom in the films) in Tongariro National Park, where she threw the ring into the volcano. Other variant versions of this story exist, so it may be the stuff of urban legend, but Dawn’s entertaining storytelling really made it believable.

At the climax of the tour, we re-enacted the charge of the Rohirrim. The gals had great fun issuing the rallying cry of “Death!” as the van bounced along the gravel road at 60 kmh, the charging speed the horses reached during filming.

As the tour wound down, the family got to pose on the battlefields with replica swords (my girls were thrilled to hold Sting), orc masks, and even a replica Gondorian helm.

It was great fun, and if you’re even a minor fan of Middle-Earth, this tour is worth the price of admission.

2 thoughts on “On Pelennor Fields: Taking a Lord of the Rings Tour in New Zealand”