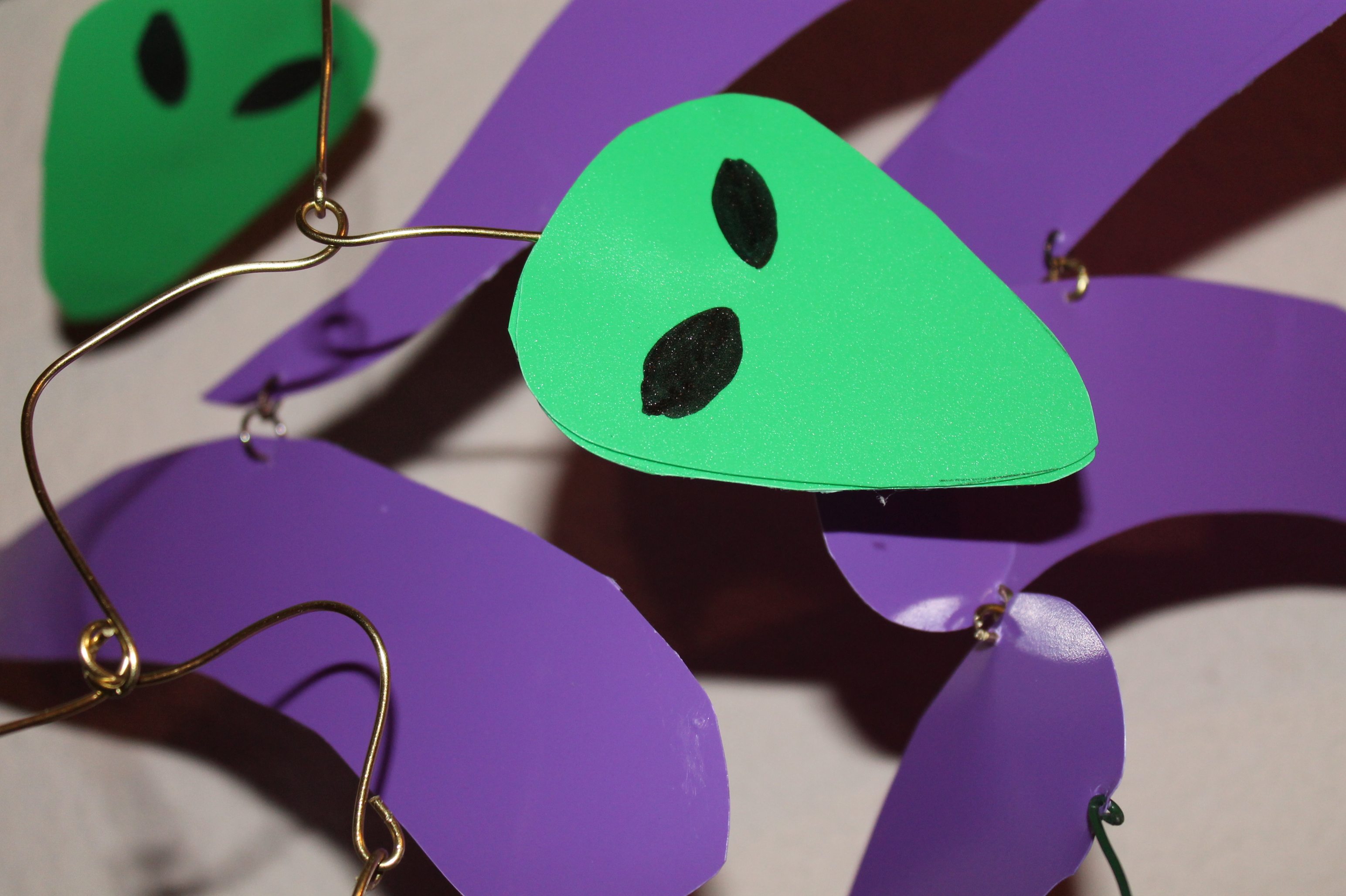 American 20th century artist Alexander Calder did a little of everything in the world of visual arts, from abstract paintings to large-scale monuments, theater set pieces, and jewelry. And, yet, it is as the originator of the mobile where his style really stands alone.

Calder created the mobile as a type of kinetic (movement-based) sculpture, where the components are perfectly balanced. When balanced, these suspended components can move to natural air currents (wind), or in some cases, a motor.

He displayed this portable model in both Europe and the United States, and even gave some improvised “performances” from the little circus performers, who moved while suspended by thread. The sculpture can be seen today at Washington, D.C.’s Whitney Museum of American Art.

Cirque Calder is seen as a start of Calder’s love of kinetic art, although it was fellow artist Marcel Duchamp, who first dubbed Calder’s pieces, “mobiles.” Calder’s non-movable sculptures, by the way, were called, “stabiles.”

Some of Calder’s mobiles were quite large. One of his mobiles, White Cascade, was installed in 1976 in the Federal Reserve Bank of Philadelphia, the city in which Calder was born. This mobile of stainless steel rods and 14 white aluminum discs measures 100 feet tall and 60 feet across at its widest point. It weighs around 10 tons.

Calder died in November of 1976, not long after his epic mobile was installed, but White Cascade is still considered the largest mobile in the world.

Calder’s mobiles are all about balance and movement, so this project is easy to construct, yet a bit tricky to hang properly.

For first-time mobile-makers, this project works best using a light plastic material, such as the poly plastic some school folders are made from. These can be found with most school or office supply areas, and often come in packs of three or more folders in bright, solid colors.

These can be hung with plain (not cloth-wrapped) floral stem, and shaped by hand or with with a pair needle-nose pliers. The pieces can be attached to the wire using large jewelry chain links, or placed directly on the wire by centering a hole at the top of the mobile piece. Two identical pieces can also be glued together at the end of the wire for some designs.

Fishing “pin connectors” can also work to attach pieces, and are fairly inexpensive from any sporting goods store.

When possible, avoid using any string or thread in building mobile pieces, with the exception of the very top hanging thread. Calder’s wire-based mobile designs are great for all ages, because the lack of string means no risk of tangled pieces.

Younger, beginning artists can also use chenille craft stems and colored card stock or craft foam, and more experienced crafters can experiment with other materials like aluminum sheets, clay, balsa wood, or even found objects.

Once the materials are gathered, cut the plastic or paper into simple shapes (circles, squares) or long swirls. These can be random shapes to look like a galaxy, or even shapes inspired by simple spacecraft.

Keep the shapes simple, similar in size, and, most importantly, weight. They don’t have to be completely identical in shape, but they should balance.

If the pieces are not balanced, the mobile would be weighted down on one side, and its movement would be jerky and lopsided.

Now for the tricky part: the final balance. Think about how these pieces will hang. Will they be balanced on both ends of a wire? Will the pieces be hanging at one end of a wire, all originating from a heavier piece? Will they resemble a hanging bouquet of flowers or a large fireworks display? The Calder Foundation site features plenty of his mobiles for idea inspiration. This will also give an idea of how he created balance with various shapes and materials.

Once the idea is determined, hang the top piece of the mobile from a counter or table edge, and hang pieces one by one, checking the balance each time. Te be extra certain, try hanging these pieces together with paper clips before placing any permanent holes or links in them.

Be prepared to do a little “trimming” here and there to get the pieces to hang properly. Also, be ready to adjust the shape of the wire–a lot. For example, maybe the loop in the wire shouldn’t always be in the very center. Calder, who had studied mechanical engineering, was very meticulous about his designs, and made drawings or blueprints of his work. For crafts and beginners trial-and-error is fine, too.

Once the design is finished, hang it from an area with plenty of surrounding space and a good, gentle breeze. Make sure it is in a space where others can enjoy it as well. Calder didn’t care if people interpreted his works the same way he did, but he did want others to get a chance to use their own imagination.

“That others grasp what I have in mind seems unessential,” he wrote, “at least as long as they have something else in theirs.”

The Streets of San Diego Comic-Con