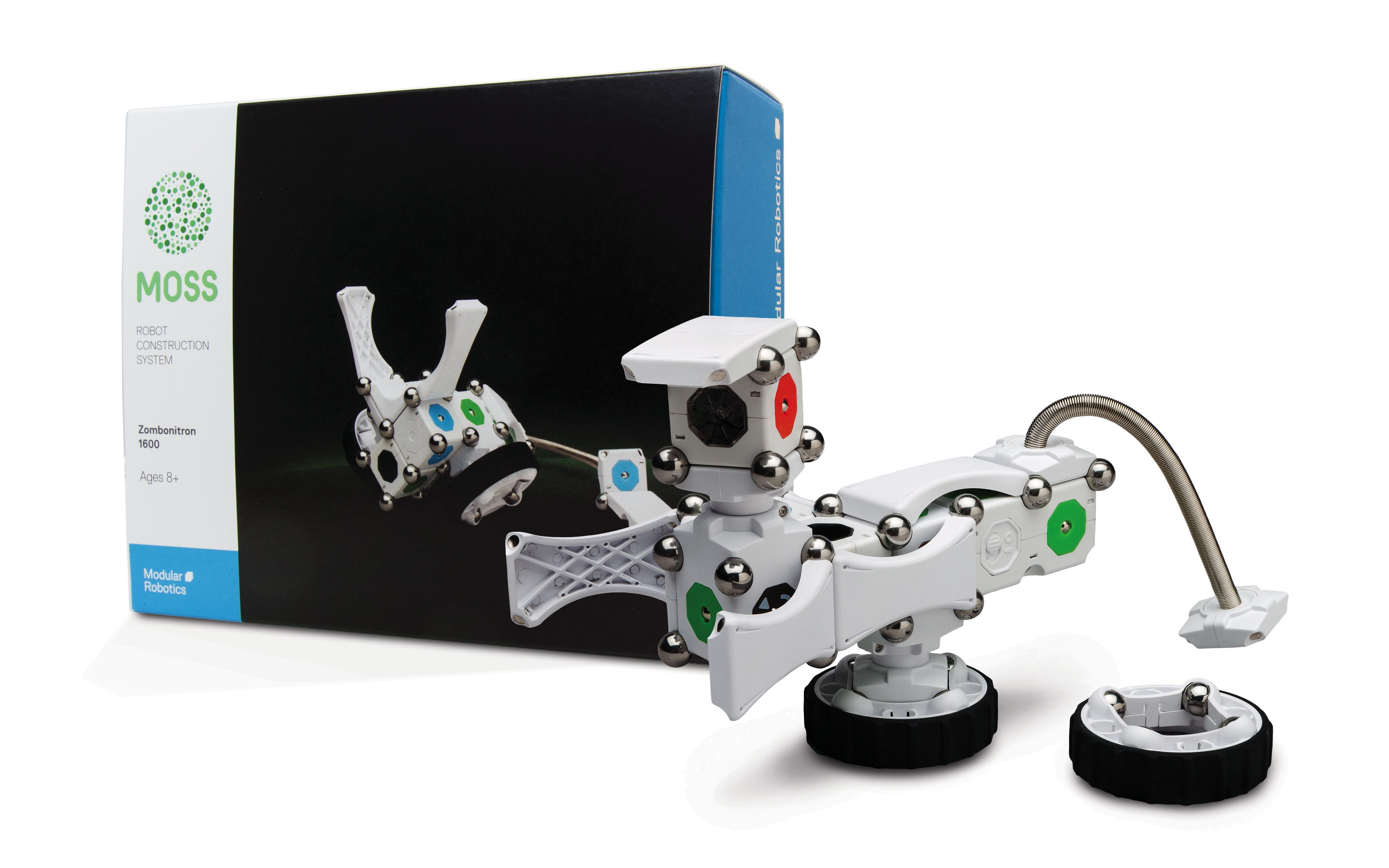 After an extremely successful Kickstarter campaign, this month marked the official retail launch of MOSS. This block-based robot building kit produced by Modular Robotics reached its $100,000 goal in 12 hours last winter and ended more than tripling their financial objective, not that they needed the money—Modular Robotics had already received enough to get them started the old fashioned venture financing way. What they needed was exposure, and they sure received it! It was well deserved, with a smart product and American-based manufacturing.

MOSS is a system of blocks and spheres that can be connected magnetically to create robots right out of the box, no knowledge of electronics and programming necessary. Note that the magnets are inside of the cubes and the spheres are simply steel—no Bucky Balls here. Different types of blocks do different jobs, such as a light sensor block and a motor block. The faces of the blocks are color coded to represent their function. A green face routes power, brown routes data in, red routes data out, and blue is a neutral “pass-through” which can route data or power, but not both at once.

For example, let’s say you wanted to make a robot that followed a light source. You can connect a red face (data out) of a light sensor block to the brown face (data in) of a motor block, that will send the light sensor block’s data (light present, light absent) to the motor block which will turn in one direction or the other depending on that Boolean value it receives. Both of the blocks will need to have a green face (power) connected to a green face on the battery block. The robot can be made more complicated by adding more sensors and pass-through blocks to create fun behaviors and looks.

I had the chance to ask Eric Schweikardt, CEO of Modular Robotics, about his company and products. I asked Schweikardt how he got into the business of making Cubelets, the company’s first robotics kit.

“Cubelets were my PhD project at Carnegie Mellon, and they were inspired by complex systems like environments or financial markets or social networks. I think people have a really really hard time thinking about complex systems where there are lots of little elements all interacting with each other and creating some sort of emergent behavior like ‘climate change’ or ‘a bad economy.’ Complexity science is crazy and abstract, but I think that for a lot of people who learn well by building things, that building and manipulating little complex systems like a Cubelets robot can be a really effective way to gain intuitions about the natural world, about how patterns emerge, and about how the world is a complex place that often requires thoughtful analysis and not simple good/bad, black/white, red/blue solutions. Oh, and, er, tiny robots are just fun.”

The MOSS comes in two packaged kits, the Zombonitron 1600 and the Exofabulotronixx 5200. The former contains 16 blocks, include light sensor block and a proximity sensor block for input, two motor blocks, and a hodgepodge of other less exciting but still useful blocks. The latter contains, you guessed it, 52 blocks, including two light sensor blocks, two proximity sensor blocks, a microphone sensor block, two motor blocks, two pivot blocks, two flashlight blocks,  and again completed with the miscellaneous array of blocks that play a supporting role. If you’re going to want to write your own programs, you’ll want the Exofabulotronixx because that’s the package with the ever-so-important “brain block.” That’s the block containing the Bluetooth connector that can be used to link your robot to your computer for programming (using MOSS Scratch or MOSS C, to your preference) or to your mobile device for remote robot control and monitoring.

I had the chance to play with the Zombonitron kit. The experience was mostly positive. Because our kids are still way too small for this toy, my husband and I waited until they were in bed to break into the box. Getting started was incredibly easy. You don’t even need instructions to figure out how the blocks can connect together using the metallic spheres, and can get going snapping blocks and spheres together right out of the box. You might want to read the manual though, if you want to be able to make a robot that behave as you were expecting! The short manual explains how the blocks work and gives the steps for constructing three different robots. A quick read through and we were good to start building. It’s possible that our two postgraduate degrees in Computer Science have somewhat skewed our opinion of the ease with which one can plan in terms of input and output and data transfer through blocks. Nevertheless, the beauty of this system is that even someone who experiences difficulty thinking in these terms can learn do to so through simple trial-and-error. After all, that’s the goal! You can’t possibly fail. Just keep playing with it until you get more comfortable with how the pieces work individually and together.

My only negative criticism is that I did experience some frustration with the blocks falling apart during construction. Here’s the full picture: I connected my blocks together and everything was sticking together well. I turned on my robot to test it and realized I put one of the motors in backwards, so I needed to remove the motor block and put it back the other way. That’s when, with a little bit of pressure, not only my erroneously-placed motor block but all the blocks break apart and little steel balls go rolling off in all directions. It’s an unfortunate reality of the design. It sticks together well if you’re building up, it sticks together well while the robots is moving around, but it’s a little harder to modify a robot. It’s definitively a trade-off because, while this aspect may be frustrating, it doesn’t render the toy unusable and you gain the capability of hinges in return.

I asked Schweikardt about this issue, to which he replied, “I’d like for the magnet strength to be a little greater, though, since it can be frustrating. Unfortunately, we’re using the highest strength neodymium magnets available, but we’re playing with a few other approaches. Soon we’ll be launching a much larger variety of BRACE pieces that can reinforce a wider variety of constructions. We’re also exploring using hollow steel spheres instead of solid. These work great, and since the spheres make up most of the weight of a MOSS construction, super-light spheres allow you to extend cantilevers much longer and create robots that are more robust during construction.”

I suppose there is one more negative point: the cost. The Zombonitron 1600 retails at $149.95 and the Exofabulotronixx 5200 at $479.95. I was sticker-shocked at first, but then again, electronics kits rarely come cheap. Compare MOSS to, say, the littleBits kits that start around $100 for a handful of modules, and MOSS isn’t out of left field. On the plus side, Modular Robotics’ kits are manufactured in the US.

After a trip to China in early 2013 to inspect the manufactories where the Modular Robotics parts were made, Schweikardt made a big decision. “On the long flight home, I convinced myself that we could build our own factory, right here in Boulder, to make our tiny robots. I convinced myself that on a certain level, it’s pretty much insane to build products all of the way around the world just because the people there are poorer. I convinced myself that it would be fun, interesting, and a generally good thing to do for the world. I convinced myself to make a really unlikely decision.” Schweikardt’s kooky idea was received with some skepticism, but in the end it was one his team and board of directors were proud to support. And one I personally find refreshing.

The Cliffs of Insanity: Will Things Change for Women in Comics? 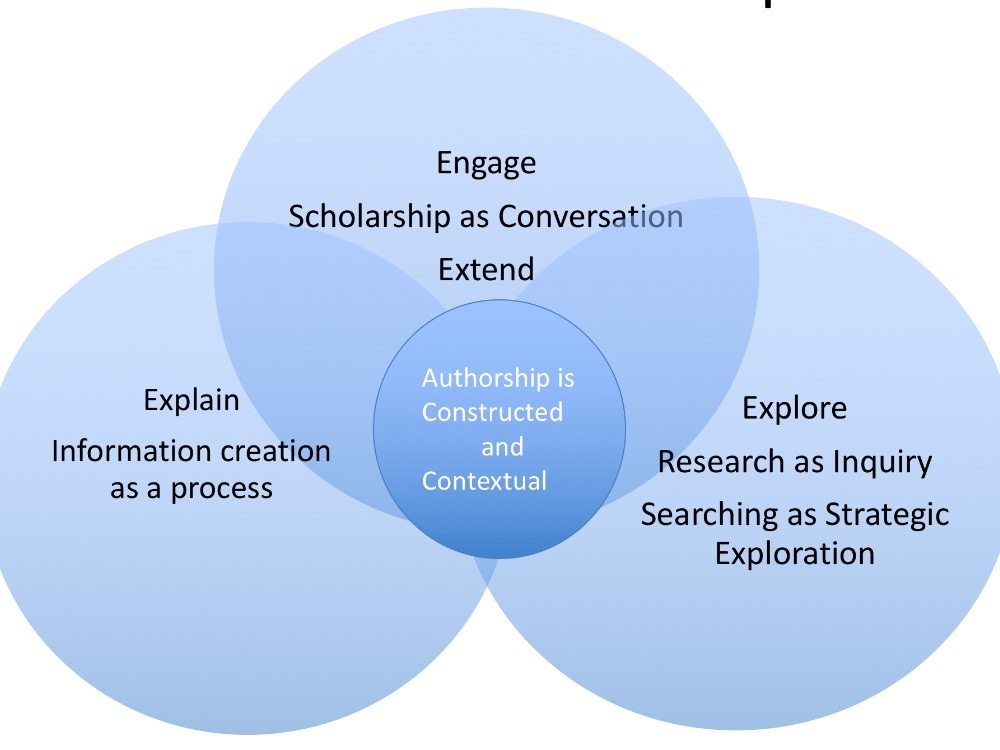 Information Literacy: Do Your Civic Duty Before the Election