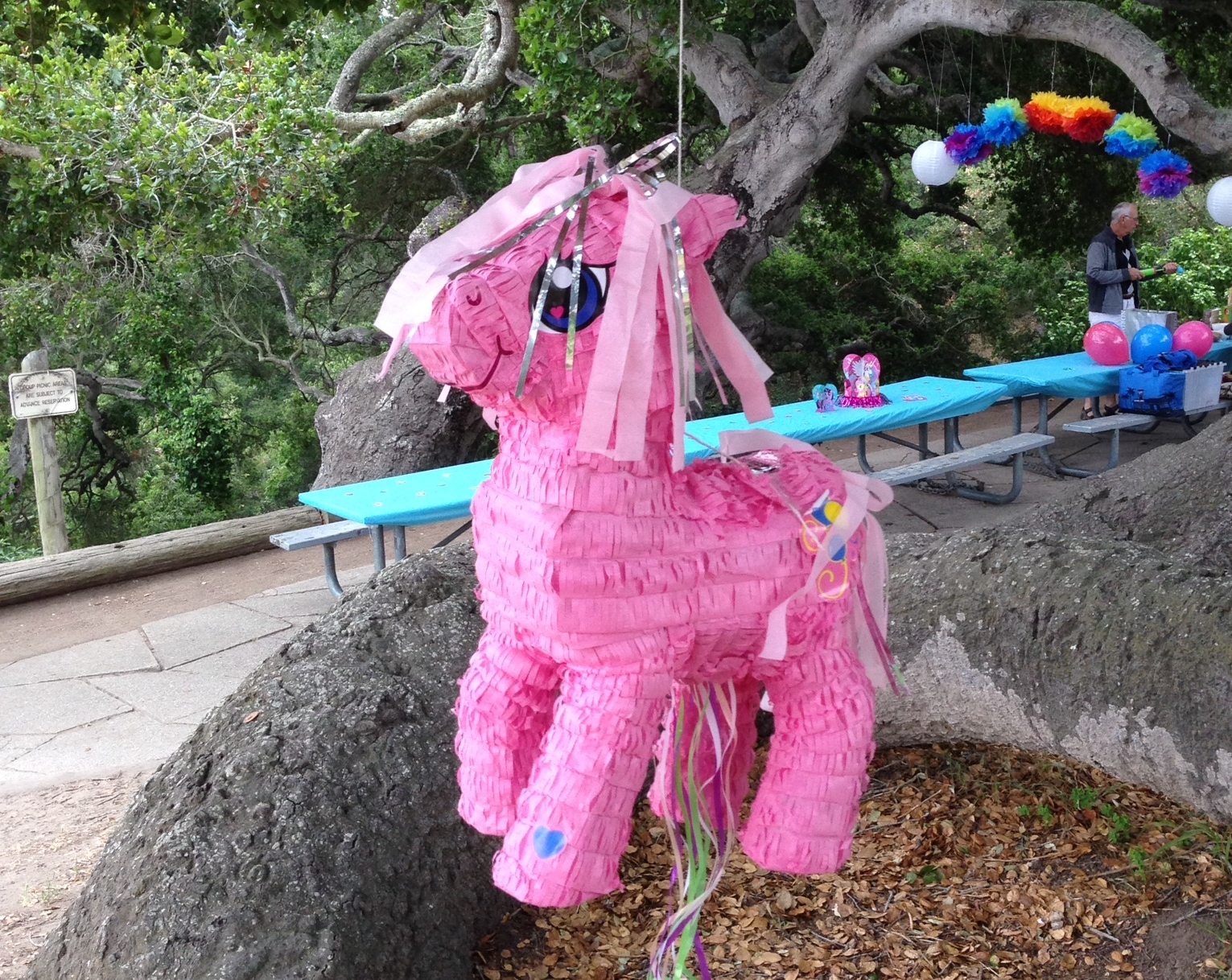 I love planning themed birthday parties. My daughter would be just as happy with an ice cream cone and a couple of balloons as with the wedding-sized shindig I throw for her every year, but I can’t help myself. Planning all the little details is so much fun! So I’m a little embarrassed to admit it was 6 months before her birthday that we started planning the birthday party. I say “we” because I had help this year; we joined birthday parties with a friend from preschool who shares the same birthday as my daughter. Her mother happens to be a party planner—for a living—so it is perhaps possible we encouraged each other a little too much.

We asked the girls to come up with a party theme they could both agree on, and after much deliberation, they decided on a My Little Pony party. My daughter’s favorite pony is Pinkie Pie and her birthday twin’s is Rainbow Dash, so we used those two ponies as our main focus for the party.

Somehow, we decided it would be a cute idea to provide rainbow tutus, pony ears, pegasus wings, and pony tails for all the kids to dress up with. It’s one of those decisions you regret as you head into the third hour of cutting freaking *&*$!!* pegasus wings, but in the end, it was so worth it. The kids loved our cosplay table and they all looked adorable beyond words in their matching costumes! Yes, it took a lot of time, but it cost very little and added so much value to the party.

I’ve previously written about how to make these super easy and quick My Little Pony costumes—quick when you’re making one or two, not so quick if you’re making 20. For the sake of saving money, I used a heavy cardstock paper for the pegasus wings instead of hardened felt, as I had in my original post. I also used yarn to tie the wings around the kids’ shoulders instead of using fabric tape to stick them on, for a less permanent solution.

My friend made the rainbow tutus (Google no-sew tulle tutus for instructions and you’ll find an avalanche of YouTube videos to help you). They looked so cute and fun! Her word of warning on this project is that they take up a ton of room to store. She made them a month ahead of time so she wouldn’t be stuck pulling late nights to make them (she’s smarter than me!), but in return, she had to give up half of her closet to store this giant stack of tutus.

Favor Me Some Comics

At GeekMom, most of us agree that goody bags are usually a junk-filled wasteful excuse for a custom that we wish would crawl into a hole and die already. GeekMom Kelly posted an excellent list of good goody bags options, but I had the crazy thought that it would be cool to give all of the kids My Little Pony comic books instead! I picked some micro-series comic books and some of the Friends Forever series, both of which consist of stand-alone stories. It would have been such a bummer to give out comic books that end with a “to be continued…” I bought extras in order to make sure we’d have enough for all the kids. So in the end, both birthday girls got a bonus birthday gift: the extra comic books!

At $4 per comic book, it was a little bit more money than some other (good and bad) goody bag options, but it was not completely out of the ballpark either. I didn’t mind forking up the extra cash to give something with real long-lasting value, as opposed to useless junk that’d go straight in the trash can. Not only that, but I also wanted to share something my daughter and I both truly love. I feel that reading comic books together has provided such a different reading experience for my daughter. Even if she can’t read yet, comic books are slowly getting her used to scanning the page left-to-right and top-to-bottom to follow the story line rather than staring at one image per page as with traditional children literature. I figured that if my comic book favors could help a couple of children find a passion for reading, then it would be worth it!

We predominantly used a rainbow theme, after Rainbow Dash of course, because we didn’t want to spend a lot of money on licensed character party supplies. ROYGBIV, baby! Utensils, napkins, plates, and cups were in an assortment of rainbow colors set against a bright turquoise tablecloth. We hung fluffy colored tissue paper balls with a couple of white paper lanterns on a tree branch over the tables to simulate a rainbow and clouds.

My friend had planned to make these centerpieces we found on Pinterest, but sometimes projects don’t pan out to be worth the time, so she cut her loses and purchased My Little Pony centerpieces instead. From experience, I will tell you not to bother with these light paper centerpieces unless you have an indoor location for the party, because they all flew off in the wind despite our best effort to tape them down.

The girls absolutely wanted a piñata—well, they wanted a lot of things, but this one seemed reasonable—and this Pinkie Pie piñata was the very only one we could find. It didn’t have the largest interior for stuffing treats, but we remedied the situation by keeping extra treats in a bowl. We sprinkled them over the kids as they were picking up the loot on the floor; they had no idea it wasn’t all coming from Pinkie!

Remember that bit I said about the wedding-sized party? I wasn’t kidding! Throwing a joint birthday party meant we also had a lot more people. In the end, we had 50 guests RSVP: 20 kids and 30 adults. I decided to make meatballs for meatball subs, because I could make the meatballs days ahead of time and freeze them until the day of the party. There was no last-minute prep work other than to throw them in the oven with some marinara sauce to reheat them! I borrowed my mother-in-law’s recipe, which is as follows:

For sides (and vegetarians), we had quinoa salad and greek pasta salad. I don’t have precise recipes for those; just throw in what you like and adjust the ingredient list, depending on what you have. The rough ingredient lists are as follows:

Greek Pasta Salad
Pasta – I picked orzo, a rice-shaped pasta. Cook according to directions on the box, then mix in a little bit of olive oil to prevent sticking and cool.
Cherry tomatoes
Cucumbers
Olives
Feta cheese
Balsamic vinaigrette

The rest of the food were simple and tasty snacks, like tortilla chips and salsa, bread and cheese, and beautiful rainbow fruit and veggie trays.

Finally, desserts! My mother very generously dedicated the time to make the rainbow cake pops, a labor-intensive job to say the least, using a Babycakes Pop Maker and Wilton candy melts. They are super cute and the cake recipes that come with the maker are excellent.  However, I can tell you from experience—the experience of eating them, that is!—the tooth-achingly sweet candy melts over a sweet, dense cake makes for a very, very sweet treat. I suggest using a dark chocolate or a very plain cake to balance things out.

I also made two additional desserts, because you can never have too much dessert, right? First, I made butterscotch pudding cookies. Cookies are easy because they can be made ahead of time and frozen until the day of the party. Moreover, this butterscotch pudding cookie recipe is a crowd-pleaser, with their chocolate chips (I mixed semi-sweet and white chocolate chips), great textures (thanks, pudding!), and crushed pretzels!

Guests Are 20% Cooler Than Neigh-sayers

We used a generic rainbow-themed Evite for the invitations, but we jazzed up the wording to pony it up. The message read: “Grab your party cannons because it’s time for {the girls’ names}’s double birthday bash! Join us for a My Little Pony extravaganza, we will provide lunch and assault you with cake. Hope to see everypony there!”

“Party cannons” are, of course, Pinkie Pie’s famous weapon of choice for throwing a party. “Assault you with cake” is a Pinkie Pie quote from the show, which goes like this:

Evite also lets you put alternate responses instead of yes/no/maybe. I ummed and ahhed for a good long while to find the perfect combination of MLP references and ended up choosing “20% cooler” for yes, “Blank flank” for maybe, and “Neigh-sayer” for no.

You think I’d skip the chance to get the whole family into MLP outfits? Of course not! This was an entirely unnecessary splurge, but hey, we get to reuse it all, right?! Of course, right.

I got a Princess Luna dress for myself, which thou shall not wear without talking in the traditional Royal Canterlot voice. I also had an old backup Pinkie Pie “Party Hard” t-shirt (no longer on sale, but it was from Red Bubble) in case I’d come to need it—and with an infant, I did! My husband got an elements of harmony t-shirt, my older daughter a Pinkie Pie cupcake t-shirt, and the said messy infant a Fluttershy onesie. I also got matching Pinkie Pie and Rainbow Dash sweatshirts for the birthday girls, which were their birthday presents.

Well, there you go. Everything you ever wanted to know about throwing a My Little Pony party. Go forth and party, everypony! 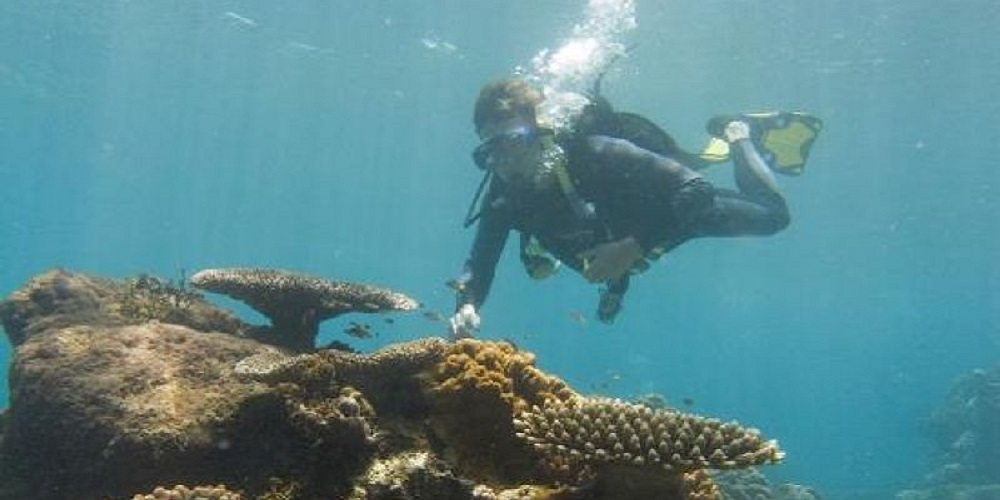 The GeekMoms Podcast #3 PAX and Great Games for Kids

Tangled Up In Burlesque