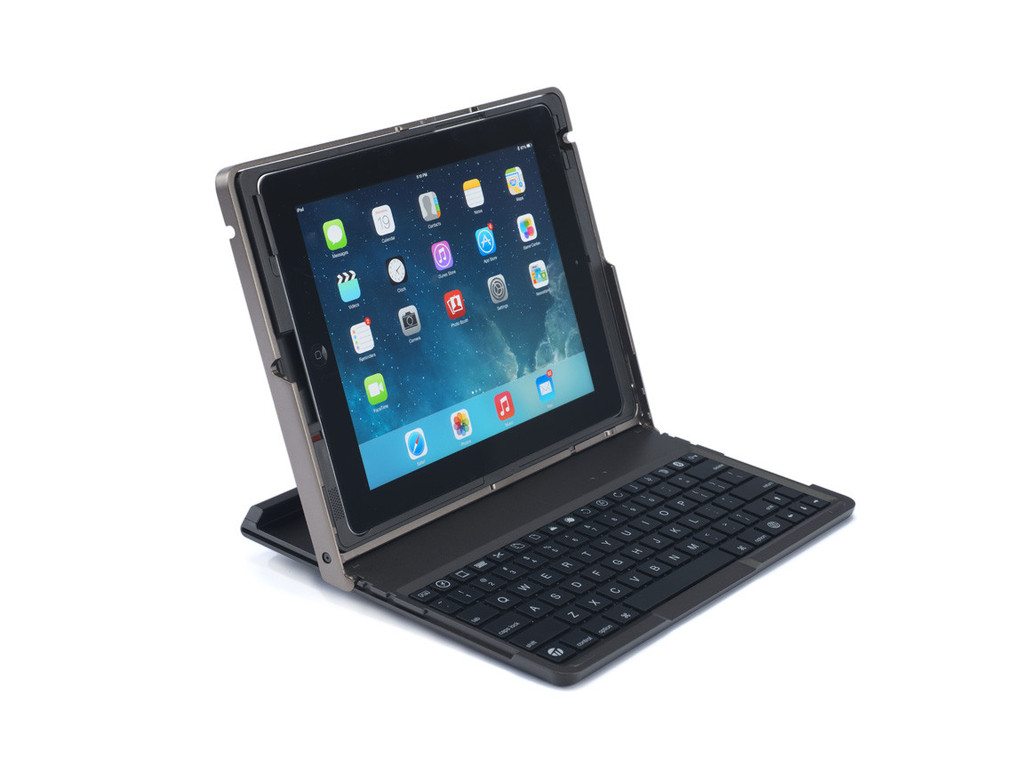 For light computing needs, my iPad is fantastic to take around town, or even on trips. But if I’m looking to compose a lengthy email, write a blog post, or write a book, the iPad on-screen keyboard just isn’t sufficient for my lightning-fast touch-typing fingers.

I recently had the opportunity to test the Pi Dock-It Pro iPad case and keyboard combination. The Bluetooth Pi Dock-It Pro is convertible as well. It can open and close as normal, or you can flip the top portion around and access just the iPad in a tablet orientation, with the keyboard hidden below.

The first thing I noticed about the Dock-It is that it doesn’t quite open like a laptop case. This is because it is meant to be latched shut when not in use, so instead it slides partway open before you flip up the top. But don’t worry if you aren’t sure what to do. They have included handy instructions of how to open it, right on the case, as well as in the Quick Start Guide. There is also an included USB charging cable to keep the case’s lithium-ion battery charged up. The battery has an active duration life of 200 hours and standby duration of 100 days.

Settling my iPad 2 into this case was very simple: It just clicked into place. Charging it up was quick (less than three hours for a full charge), and pairing was straightforward. The case itself is fairly clunky and heavy (the case is about 1.5 pounds) when compared to my sleek magnetic iPad cover, but the Dock-It encases the iPad completely, and of course has the integrated keyboard.

The Apple-style keyboard types like a dream: a small, compact dream, but a dream nonetheless. There is just enough travel in the keys to make touch typing work well. And though it doesn’t have any function keys, it includes plenty of useful keys such as Home, Search, Slideshow, Cut, Copy, Paste, Brightness, sound controls, media controls, and more. You can also use some of the keys to perform additional functions, such as bringing up Siri, taking screen captures, and taking photos.

If you don’t want to use your iPad in the landscape orientation, you can just lean it against the back portion of the case, in portrait orientation. The case also has a kickstand for changing the angle of the entire device as it sits on the table. The case also has an opening so you’re still able to use the iPad’s camera when it’s in tablet mode, and also redirects forward the sound from the iPad’s speakers.

Turning the iPad around to be used in tablet mode was extremely easy as well. (Perhaps a little too easy. When using the case in the typing configuration, I often accidentally started the flipping process without meaning to.) It’s only a little bit tricky to avoid hitting the keys on the keyboard when you flip the iPad around. When in the regular configuration, when you close the case, it causes the iPad to sleep, giving that tell-tale clicking noise.

What do I think of the case? If you need to type frequent and long-winded messages, posts, or stories on your iPad, it definitely does the job. It protects your device from getting beaten up or scratched in your bag. It isn’t padded, though, so it probably wouldn’t fully protect the iPad if you dropped it.

The Pi Dock-It Pro retails for $159.00 but is currently on sale for $129.00. It is compatible with iPad 2 and the 3rd and 4th generations of iPad. Parle Innovation, makers of Dock-It, will also have a new Pi Dock-It Air version later this year.

Note: I received a copy of this product for review purposes. 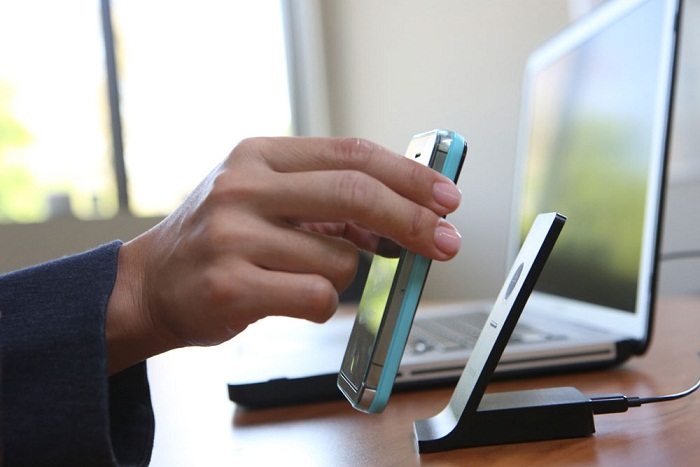 Magnetyze Your Android or iPhone 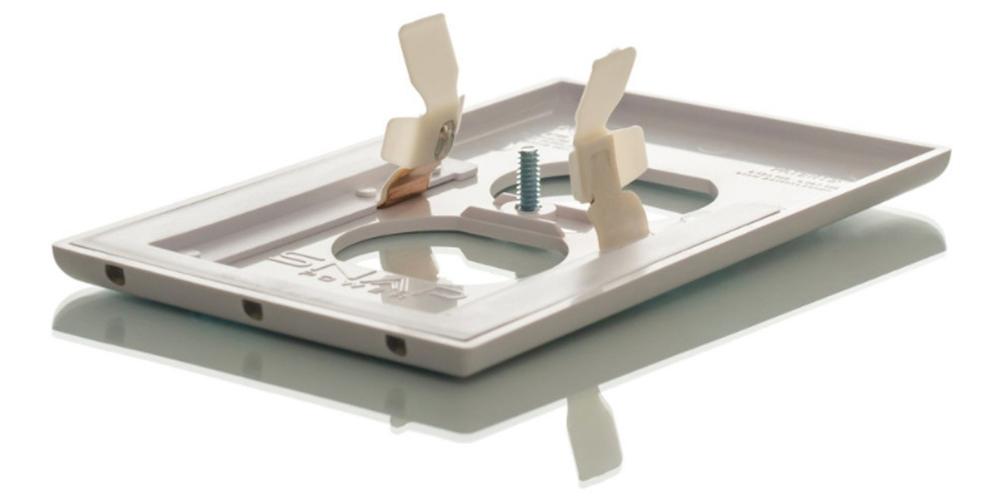