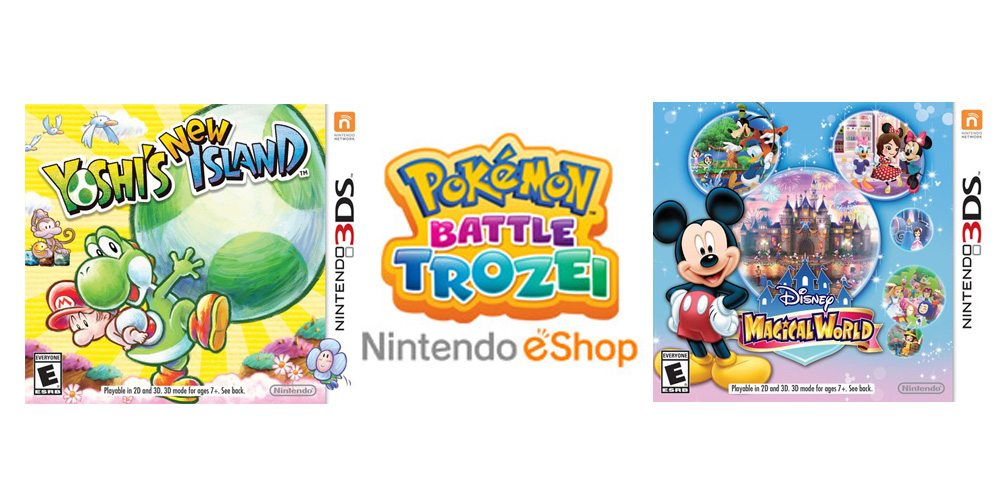 Spring brings with it longer days, warmer night and the first hints of the summer video game doldrums. With all the big holiday releases now firmly behind us and the new generation of consoles at last becoming the current generation of consoles, things are beginning to quiet down on the new release front. Nintendo’s portable, however, seems to be bucking the trend with a trio of adorable new titles to keep you preoccupied in this new season of pollen and short pants.

Yoshi’s New Island is another entry into the Mario offshoot that originally helped shape the 16-bit-era platformer. Again you find yourself commanding Yoshi and his ilk as they take turns piggybacking Baby Mario through all manner of environmental hazards. Classic enemies, precarious ledge jumps and destructible bricks typify the New Island experience, as does the principle cast of multi-colored Yoshi-folk that swap off babysitting duties at the end of each level.

The standard platforming fare is ably supplemented by this trade-off mechanic, and recapturing a lost Baby Mario before he drifts off-screen never loses its sense of urgency. Similarly whimsical is the steady stream of Yoshi transformations that help shake up the monotony of all this side-scrolling. This time around new forms like jackhammer and bobsled join old favorites like the sub and helicopter standards from Super Mario World 2. Yoshi’s old school egg-tossing attack also gets an upgrade with “Mega Eggdozers,” supersized projectiles that can be used to reshape the destructible components of the level environments.

All this action takes place in a gorgeously designed game world with a distinctive visual aesthetic. The sharp definition of the modern Mario series has been traded for warmer, looser visuals more akin to the imprecise edges of watercolors or chalk illustrations. But while this art style helps unify the experience, the newer gameplay elements seem to be a bit underutilized. This makes for a title that looks amazing, but often plays as simply middle-of-the-road.

The graphical representation also mirrors the title’s fuzzy control scheme. For those – like me – who prefer the more rigid precision of the New Super Mario gameplay, the wavering, floaty movements of Yoshi pale by comparison. Still, this is an earmark of the Yoshi’s Island franchise, and old fans will surely appreciate the obvious care that was used to bring this old property to Nintendo’s new handheld hotness.

While I wasn’t exactly blown away by Yoshi’s New Island, I can’t help but admit my current lingering addiction to download-only title Pokémon Battle Trozei. Similar in play style to Puzzle & Dragons or Puzzle Quest, this game shakes up the match three genre with an added RPG-style aesthetic. But in Pokémon Battle Trozei you aren’t leveling up your trainer so much as adding new Pokémon to your arsenal.

Each round one or more enemy Pokémon appear on the top 3DS screen and prepare to attack, hoping to break your defensive barrier and tumble down to the touchscreen — further impeding your ability to fight back. The object is to take out the offending Pocket Monsters by matching three of more of the super-chibi Pokémon heads displayed on the play surface. The biggest difference between this title and other games of its ilk is that you aren’t limited swapping the positions of adjacent tiles. Wanna drag that Froakie from the lower-right corner to the upper-left? Go ahead!

The real strength of Pokémon Battle Trozei is in its adherence to property canon. Each of the 718 known Pokémon are represented in-game, and the series’ strength-and-weakness system is fully implemented. This pairs nicely with the core puzzle attack formula to create some very interesting gameplay. For example, lining up four or more water-type Pokémon not only unleashes a favorable attack against a fire-type enemy, it also opens up a time-specific window during which a skillful player can chain together multiple matches to supplement said attack.

This mechanic folds nicely into other innovative gameplay tweaks. By matching another trio (or more) Pokémon tiles immediately after a four-match, you can enter a special mode wherein the matching threshold reduces to two. That means that any two adjacent matching Pokémon will disappear from the board, causing a cascade effect and rewarding quick thinking with a cleared board bonus.

Defeated enemy Pokémon are added to your Pokédex, and, in addition to the perks inherent in attack type, some have specific bonus abilities of their own. Players can choose from these captured monsters, and reap their hard-fought rewards across various regions.

There’s even more to Battle Trozei, with specific tactics for attacking multiple enemies at once or unlocking additional battle sequences, but it’s the game’s own precision play that makes all the difference. Like any twitch title worth its salt, there’s a very specific rhythm that needs to be discovered to succeed, and once you get into that zone… Well, suffice it to say that “just one more game” can quickly balloon into a marathon session.

As surprised as I am to find myself heartily recommending a Pokémon puzzler, I’m even more astonished to be closing this missive with a ringing endorsement of Disney Magical World. A skillfully branded life sim that mixes everything you love about Animal Crossing: New Leaf with a dash of Heroes of Ruin and wraps it all up in your favorite Disney animated properties, it’s a perfect storm of cuteness.

DMW‘s primary hub world encompasses the land of Castleton – a region that Mickey is, for some weird reason, not the ruler of – inhabited by stylized humans (like your own player character) as well as Disney icons like Minnie, Donald and Pluto. A robust but never taxing prologue chapter acclimates players to this twee new world and its many possibilities.

Much like the aforementioned Animal Crossing, Magical World often calls upon the player to complete tasks for her fellow citizens. Success is rewarded with either money or items – used to purchase or craft goods, respectively – and these good deeds can also be used to open up additional activities and areas.

Fishing and harvesting resources both within Castleton and beyond is a great way to gather raw materials to be used to create new clothing with Daisy Duck or additional furnishings for your home and café with Chip and Dale. If you’re more into direct commerce, pre-generated goods are available for purchase from Huey, Dewey and Louie, and you can unload excess wares to their Uncle Scrooge for some extra scratch.

Once the wizard Yen Sid teaches you to wield a magic wand, the spokes of this hub begin to open up into portals to other movie-specific worlds. You can quest to defeat ghosts in the forests surrounding Cinderella’s castle or farm in the Hundred Acre Woods, all the while juggling resources and crafting more complex items.

Despite some pretty severe graphical pop-in, Disney Magical World is a far more technically sound offering than its core demographic would likely demand, and that drastically expands its appeal. Each of its myriad of disparate elements build upon each other to make for a really competent adventure rife with instant gratification.

Complete missions to unlock achievement stickers, which in turn broaden the game world. Learn new greetings, which strengthens your relationships with the other characters who reward you with collectable cards. Create new outfits that not only elicit compliments from your neighbors, but also strengthen your abilities during quests.

If Yoshi’s New Island is a playable art project with an old school slant and Pokémon Battle Trozei is a an addictive puzzler+, then Disney Magical World is a customizable adventure sim for anyone who’s ever wanted to buddy up to Aladdin or kick it in Wonderland.

Core Dump: Something for Everyone 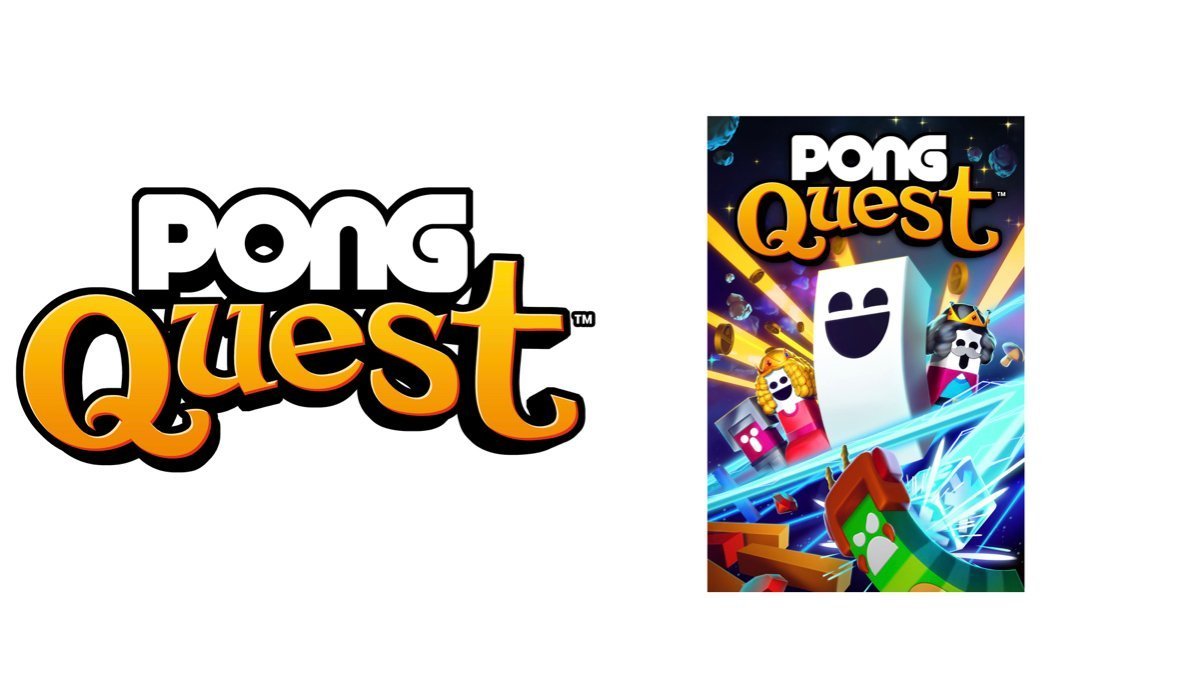