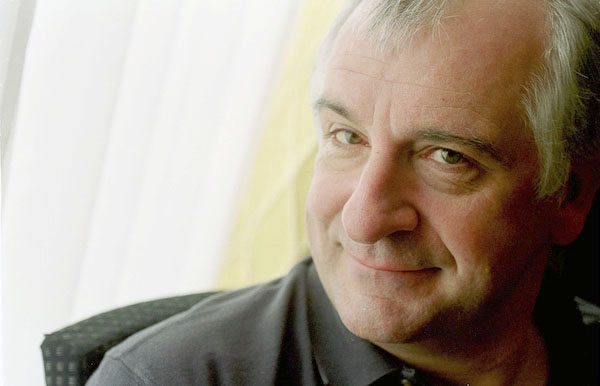 I miss Douglas Noel Adams. I miss him like I would miss a friend and mentor who will no longer be able to share his words of wisdom and bizarre philosophies. I miss him like a hero who embodied everything I want to be and how I want to think. Most of all, I miss his books, knowing there will never be another, the final deadline having whooshed past his head.

Adams was not a prolific writer, and, by many accounts, his works were uneven. Some point to the The Hitchhiker’s Guide to The Galaxy “trilogy,” noting a steady decline in their quality, although I insist the fifth book was much better than the fourth. Yet I found in everything he wrote an unmatched joy. I would rather read one of his “lesser” works any day rather than something by someone like, say, Piers Anthony.

I only met Douglas Adams twice, both times briefly as I got his autograph after seeing him speak in London. While I knew he had his game face on for the punters (British slang roughly meaning “the paying customers”), a feeling of deep compassion and passion for what he did was apparent. When he read, he had a way of talking to you making you feel that you were in on every joke he told.

It is remarkable, though, when a writer, or anyone whom you only know through their works, can come to feel like such a familiar force in your life. I’m sure this is how many stalkers get started — over-personalizing a public figure to the point of mania — but there it is. From the age of 14 into my early 20s, I actually listened to The Hitchhiker’s Guide to the Galaxy radio series almost every night as I fell asleep. In my 20s, I also started listening in The Long Dark Tea Time of the Soul, read by Adams himself. As a result, his voice has become as familiar to me as anyone I know personally.

It has been 13 years since he died at the tragically early age of 49. I don’t use the word “tragically” lightly, either. Douglas obviously had so much left to say. His last posthumous book, The Salmon of Doubt — a collection of essays that also included a few chapters of what was possibly a new Dirk Gently novel that he was turning into a Hitchhiker’s novel — was painful to read. It is difficult to see so many fantastic ideas spread out, waiting for him to mold them together, and knowing this will never happen.

Today Douglas Adams would have been 62 years old.