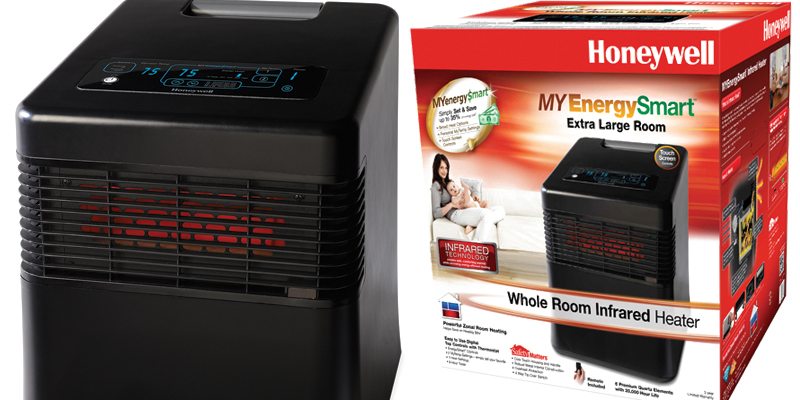 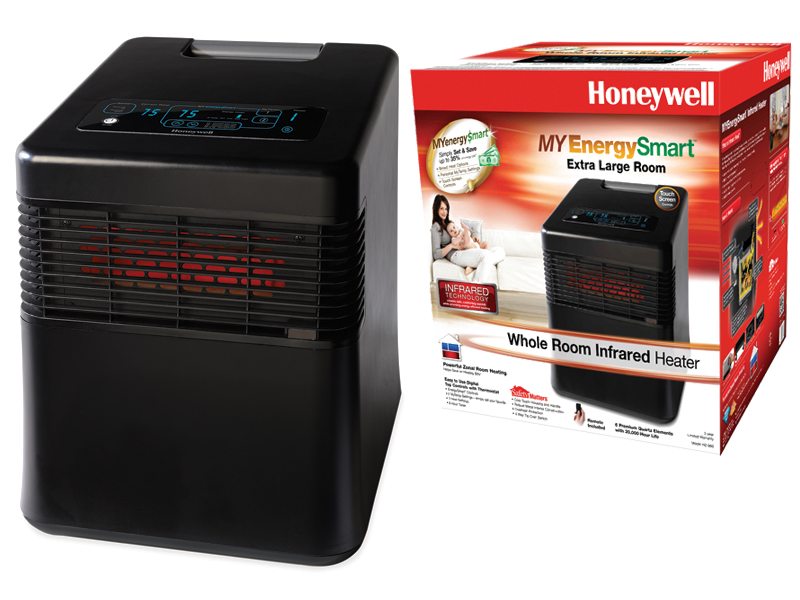 In early January, just when the polar vortex swooped down and plunged my hometown into a freeze so cold our high temps were well below 0° F, Honeywell sent me an HZ-980 MyEnergySmart Infrared Heater. Since my office is in the lowest and coldest part of the house, I kicked aside my old space heater and plugged this new machine in. I’ve been happily unfrozen ever since.

The old heater was smaller, and a lot of the heat got trapped under my keyboard tray. While that kept my legs toasty, it meant none of that warmth reached my fingers. The HZ-980 is powerful enough to warm up the entire room, which means I can now feel my fingers as I type.

The HZ-980 comes with a digital, touch-sensitive display that shows the current temperature and allows you to choose between low, medium, and high rates. You can also set up and choose two different preset temperatures for its thermostat, and you can set it to shut off automatically after one to eight hours of use. It even comes with a handy little remote control so you don’t have to get out of bed to get it going.

Honeywell claims that its thermostat settings can save you up to 35% of your energy costs over that of a standard heater. It draws the air into the unit with a fan that starts out a little noisy but soon settles into a satisfying hum, runs it past a set of six quartz elements, and then blows it out of the front of the unit. (See the video below for a demonstration.)

The casing of the unit is cool to the touch. You can even press your hand up against grating over where the heat comes out without doing more than warming it up fast. The unit turns off automatically if it’s tipped over in any direction, making sure you don’t wind up accidentally starting a fire. The whole thing’s set on four casters that make it easy to move around by the solid handle on the top rear.

The HZ-980 is the top of Honeywell’s line of infrared heaters, with a suggested retail of $230. The HZ-970 costs $180, and the HZ-960 is only $150. Still, if you do like I do and keep the rest of the house cooler while the kids are at school, the savings can add up. Honeywell has an online calculator to help you figure out how much.

In honor of Valentine’s Day, Honeywell also prepared this graphic about the other favorite way people have for saving on their heat bill. No, it’s not crawling into a wampa. It’s cuddling under a blanket. Sheesh. 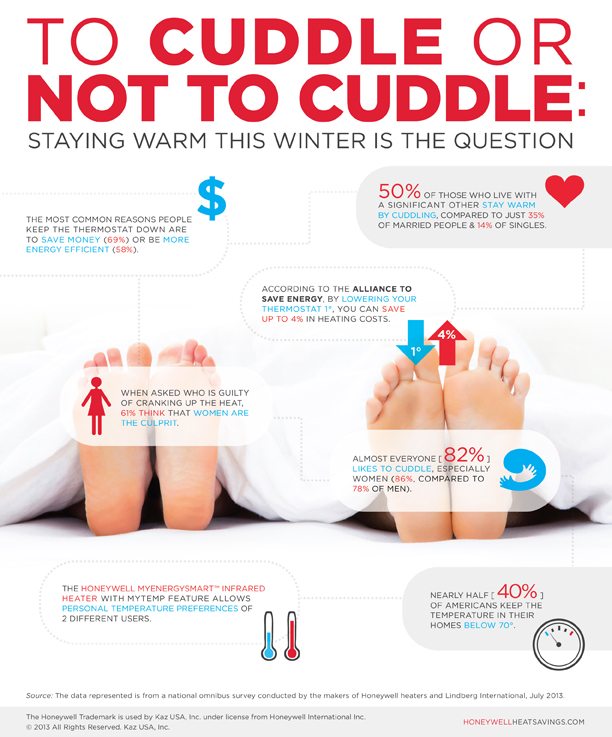 They’ve also offered to give away an HZ-980 to one of our readers. Fill out the form below (or click here if the form doesn’t work) to be entered into a drawing to win a copy of the ebook. We’ll take entries until midnight EST on Friday, February 21, and then pick one winner at random. Honeywell has offered to send the unit directly to the winner, and because of postal costs, they can only ship it to a US address. 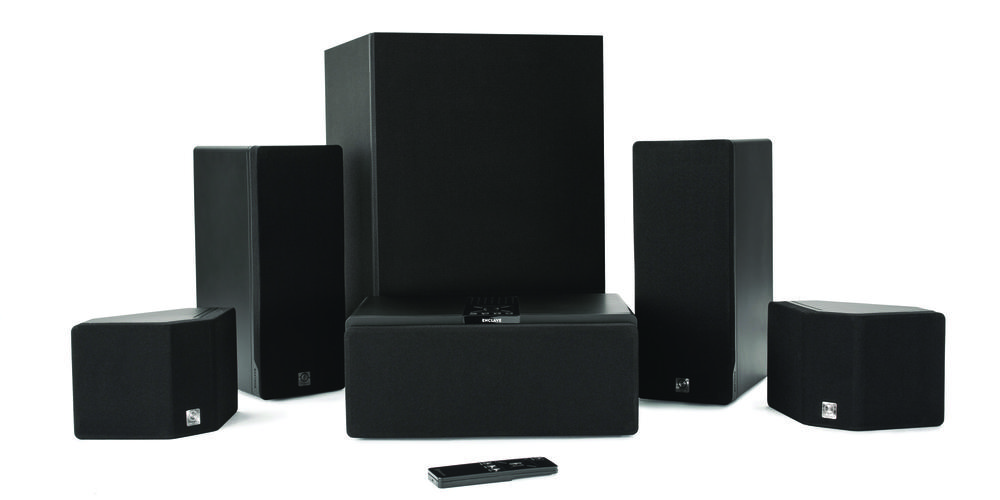