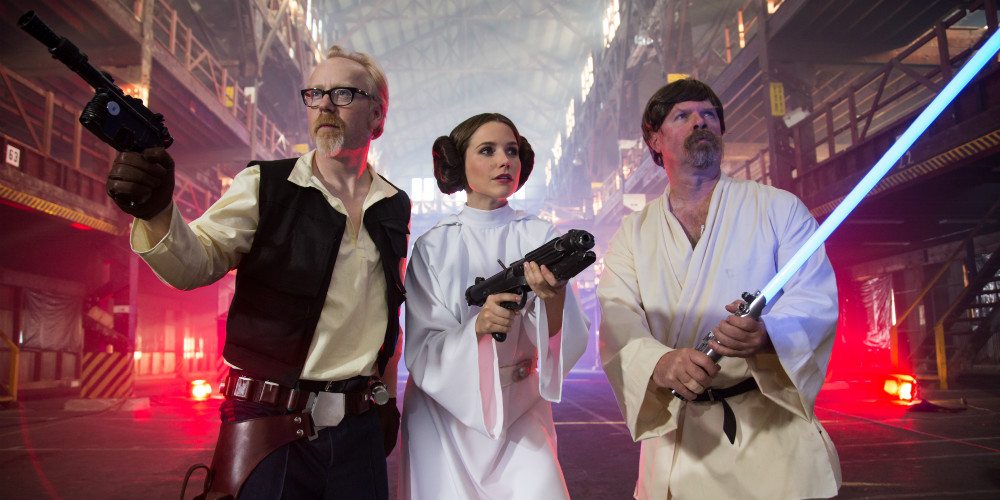 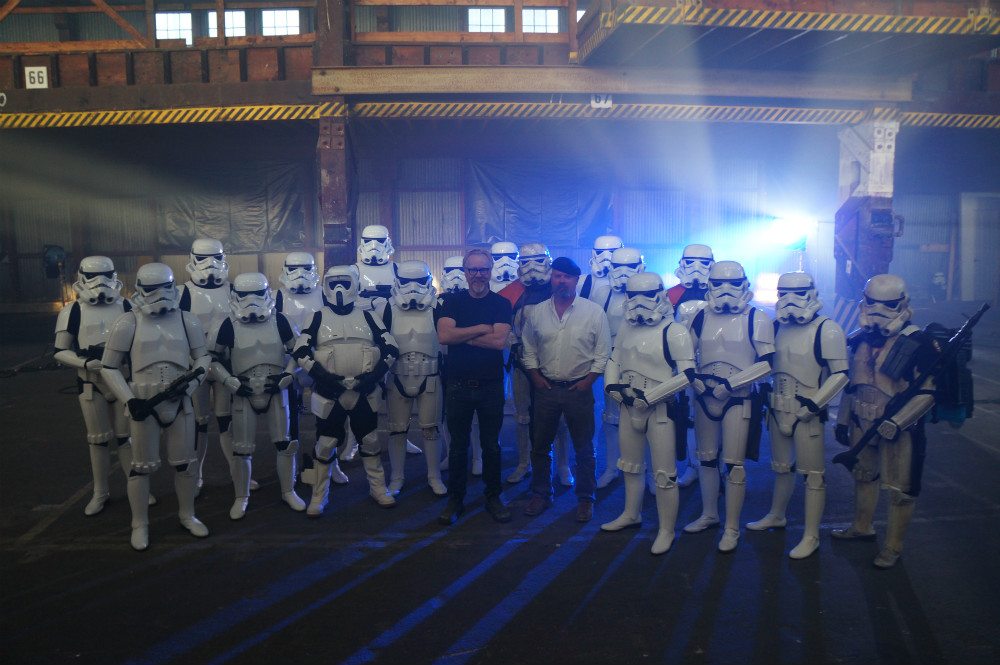 Let me start by saying that I know many people feel that the last season or two of MythBusters have not been their best ever, and that they’ve seemed a bit scripted at times. But, even if you number among that group, I strongly recommend watching tonight’s Star Wars: Revenge of the Myth special.

The episode features the team running three tests based on one scene from each movie in the original trilogy: Could Luke really have swung across the bridgeless chasm while carrying Leia? Would being stuffed inside the dead Tauntaun really have kept Luke alive long enough for Han to build a shelter? And would the Ewoks’ swinging-logs weapon really have been able to crush an AT-ST? The gang have a ton of fun testing the myths, as you’d expect — Adam Savage, who is of course a huge Star Wars geek, looks positively giddy most of the episode. Costumes are worn, including, hilariously, Jamie as Luke Skywalker. (No, Kari does not dress as Slave Leia, in case you were wondering.) 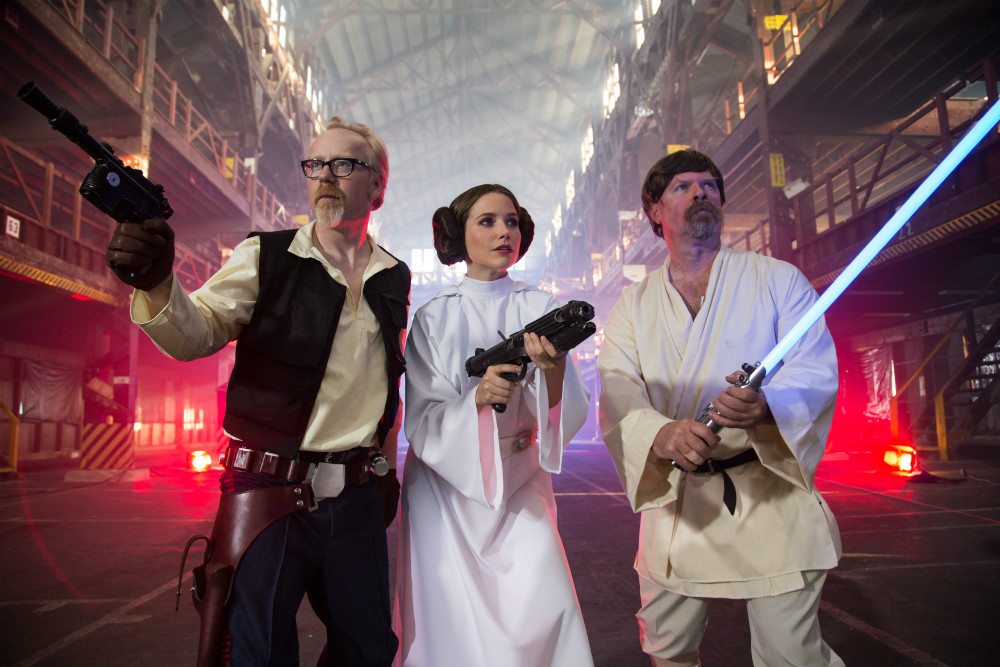 I won’t reveal the outcomes of the tests, of course, but I will say that they do one of the things I particularly love about the best MythBusters episodes: They show their failures as well as their successes. An integral part of one of the experiments goes pretty badly awry, and they have to hustle to get it fixed before they run out of time to finish the test. I love this first of all because it proves that they’re really doing everything they appear to be doing, but mostly because it shows viewers that even professionals can screw things up and have to scramble to improvise.

In any case, the special (also serving as the new season’s premiere), which also features Sophia Bush of NBC’s Chicago PD as a cinammon-bun-haired Princess Leia, is a heck of a lot of fun for any Star Wars fan. It premieres tonight at 8pm ET/PT on Discovery Channel.

If you watch the premiere tonight, you can also participate in a very fun-sounding “second screen” experience. From the official press release:

Starting at 8PM ET the MYTHBUSTERS stars join a LIVE video feed from M5 on discovery.com/MBLive where they will answer fan questions during commercial breaks, provide behind-the-scenes insights, interview special guests and give away unique prizes from the episode. Fans using the crowd-sourced hashtag #SithBusters can ask questions via Twitter and Facebook that could also appear on-air.

See a clip from the special below, and a teaser video for the new season below that.

Back To School Digital Storage From SanDisk

Review: Big Book Of Why Answers Hundreds Of Questions For Kids