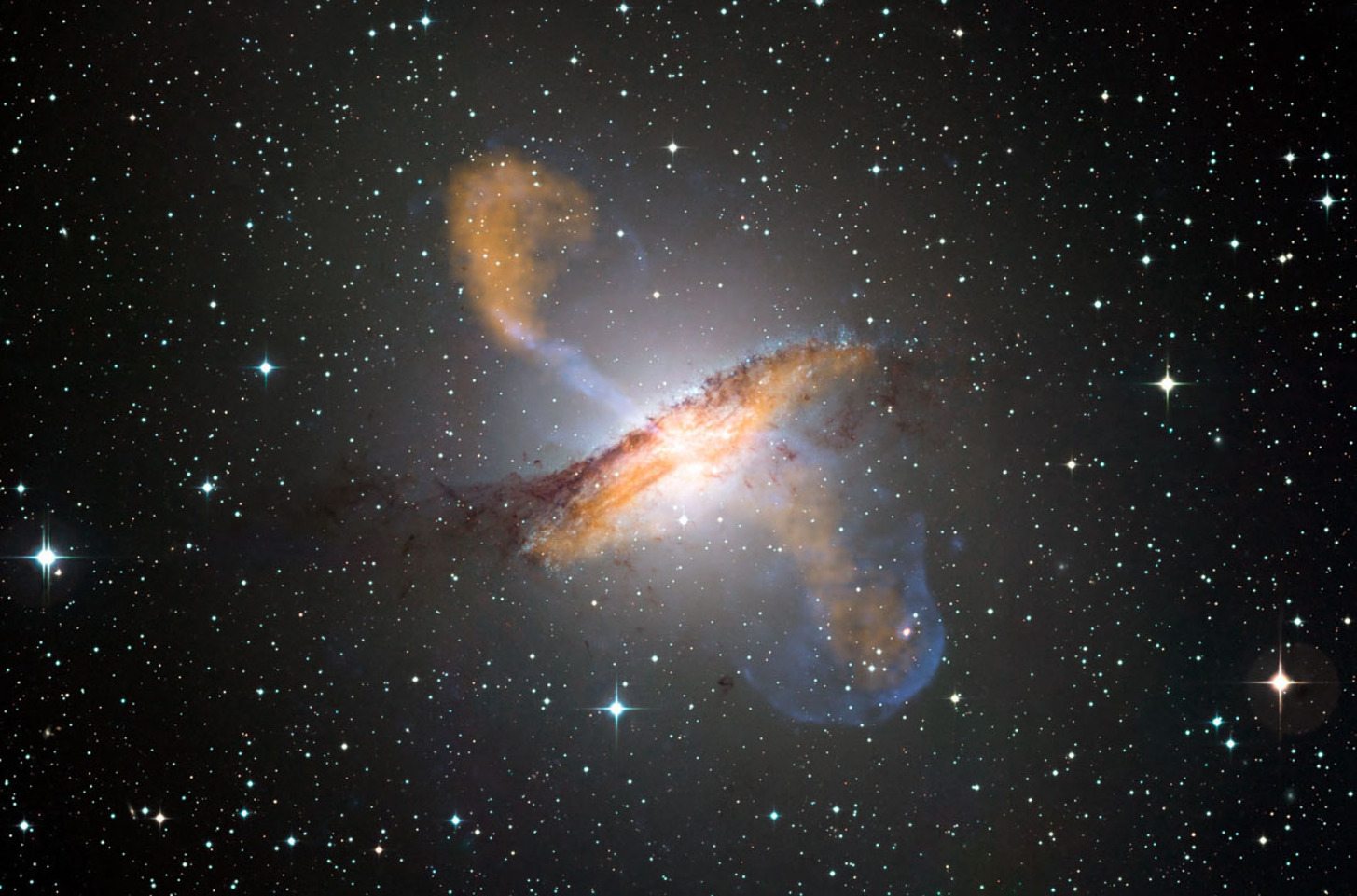 I’m reprinting (via CC-license) this excellent article from The Conversation, which clearly (and with some Hitchhiker humor) explains how the media has not been accurately representing what Stephen Hawking’s recent paper about black holes really says.

Grey is the new black hole: is Stephen Hawking right?

By Geraint Lewis, University of Sydney

Over the past few days, the media has cried out the recent proclamation from Stephen Hawking that black holes, a mystery of both science and science fiction, do not exist.

Such statements send social media into conniptions, and comments quickly degenerate into satirical discussions of how you should never believe anything scientists say, as they just make it up anyway.

Science, it is often suggested, is little different to religion, with the current clergy awaiting the latest proclamation from the giants in the field. And, in modern physics, you do not get much more of a giant than Stephen Hawking. But what does this new pronouncement mean? Are textbooks to be rewritten, something that would put an immense smile on textbook publishers?

To answer, we need to take a step back and look at what we mean by black holes, and work out where Hawking’s problems begin.

In 1915, Einstein derived the equations of general relativity, revolutionising our view of gravity. While Einstein struggled with his equations, the German physicist Karl Schwarzschild was able to use them to determine the gravitational field outside of a spherical distribution of mass.

But the conclusions of Schwarzschild were rather frightening, predicting that objects could completely collapse, with mass crashing down to a central “singularity”, surrounded by a gravitational field from which even light cannot escape. For any black hole, the delineation between light escaping and being trapped is a well-defined surface – the event horizon – separating our universe from the mysteries close to the black hole.

With this, the notion of the “classical” black hole was born, governed purely by the equations of general relativity. But while we know general relativity governs the force of gravity, the early 20th century saw a revolution in the understanding of the other fundamental forces, describing them in exquisite detail in terms of quantum mechanics.

To talk about them both in situations where gravity is strong and quantum mechanics cannot be ignored, the best we can do at the moment is sticky-tape the equations together. Until we have a unified theory of gravity and the other forces, this is the best we can do.

Stephen Hawking undertook one of the most famous attempts at this in the early 1970s. He wondered about what was happening at the event horizon in terms of quantum mechanics, where empty space is a seething mass of particles popping in and out of existence. At the horizon, this process separates particles, with some sucked into the central singularity, while their partners escape into space.

What Hawking showed is, through a jerry-rigged version of gravity and quantum mechanics, black holes leak radiation into space, slowly sucking energy from their gravitational core, and that, given enough time, black holes evaporate completely into radiation. When quantum mechanics is thrown into the mix, the notion of a “classical black hole” is dead.

There is, however, a bigger problem in including quantum mechanics into the study of gravity, and that problem is information.

Teapot in a black hole? Flickr/jackyczj

Quantum mechanics cares intensely about information, and worries about the detailed make-up of an object like a teapot: how many protons are there, and electrons, and where are they; they care about the fact that a teapot is a teapot, a particular arrangement of electrons and protons, which is different to something else, like a light beam or a sofa.

When the teapot is thrown into a black hole, it is complete destroyed, first smashed into a million pieces, then atomised, and then the atoms ripped into their constituent parts, before being absorbed into central singularity.

But the radiation that Hawking predicted being emitted from black holes doesn’t contain any information of what fell in; no matter how well you examine the radiation, you can’t tell if it was a teapot, a fridge or a small iguana called Colin that met their demise.

To many, this seems like a trivial matter. But in reality, quantum mechanics is the study of information, tracing the flow and interaction of fundamental bits of information in the Universe.

Erasing information, therefore, is a very big deal, and in recent years researchers have examined various ways in which the information swallowed by a black hole is somehow preserved.

It must be remembered that we are now pushing the boundaries of modern physics and, as we do not have a single mathematical framework where gravity and quantum mechanics play nicely together, we have to worry a little about how we have glued the two pieces together.

In 2012, the problem was revisited by US physicist Joseph Polchinski. He examined the production of Hawking radiation near the event horizon of a black hole, watching how pairs of particles born from the quantum vacuum separate, with one lost irretrievably into the hole, while the other flies off into free space.

With a little mathematical trickery, Polchinski asked the question: “What if the information of the infalling particle is not lost into the hole, but is somehow imprinted on the escaping radiation?”

Like the breaking of atomic bonds, this reassignment of information proves to be very energetic, surrounding a black hole with a “firewall”, through which infalling particles have to pass. As the name suggests, such a firewall will roast Colin the iguana to a crisp. But at least information is not lost.

While presenting a possible solution, many are bothered by its consequences of the existence of a firewall and that Colin will notice a rapid increase in temperature, he will know he is at the event horizon. This goes against one of the key tenets of general relativity, namely that an infalling observer should happily sail through the event horizon without noticing that it is there.

This is where Hawking’s recent paper comes in, suggesting that when you further stir the quantum mechanics into general relativity, the seething mass of the vacuum prevents the formation of a crisp, well-defined event horizon, replacing with a more ephemeral “apparent horizon”.

As black holes no longer need to leak information back into space, but can now release it in a final burst when they have fully evaporated, there is no need to have a firewall and an infalling observer will again have a roast-free ride into the black hole.

Are black holes no more?

To astronomers, the mess of fundamental physics at the event horizon has little to do with the immense gravitational fields produced by these mass sinks at the cores of galaxies, powering some of the most energetic processes in the universe. Astrophysical black holes still happily exist.

What Hawking is saying is that, with quantum mechanics included, the notion of a black hole as governed purely by the equations of general relativity, the “classical black hole”, does not exist, and the event horizon, the boundary between escape and no-escape, is more complex than we previously thought. But we’ve had inklings of this for more than 40 years since his original work on the issue.

In reality, the headlines should not be “black holes don’t exist” but “black holes are more complicated than we thought, but we are not going to really know how complicated until gravity and quantum mechanics try to get along”.

But one last vexing question – is Hawking right? I started this article by noting that science is often compared to religion, with practitioners awaiting pronouncements from on high, all falling into line with the latest dogma.

But that’s not the way science works, and it is important to remember that, while Hawking is clearly very smart – to quote the immortal Tammy Wynette in Stand By Your Man, “after all, he’s just a man” – and just because he says something does not make it so.

Hawking’s proposed solution is clever, but the debate on the true nature of black holes will continue to rage. I’m sure they will continuously change their spots, and their properties will become more and more head-scratchingly weird, but this is the way that science works, and that’s what makes it wonderful.

Geraint Lewis receives funding from the Australian Research Council and is an ARC Future Fellow.

This article was originally published at The Conversation.
Read the original article. 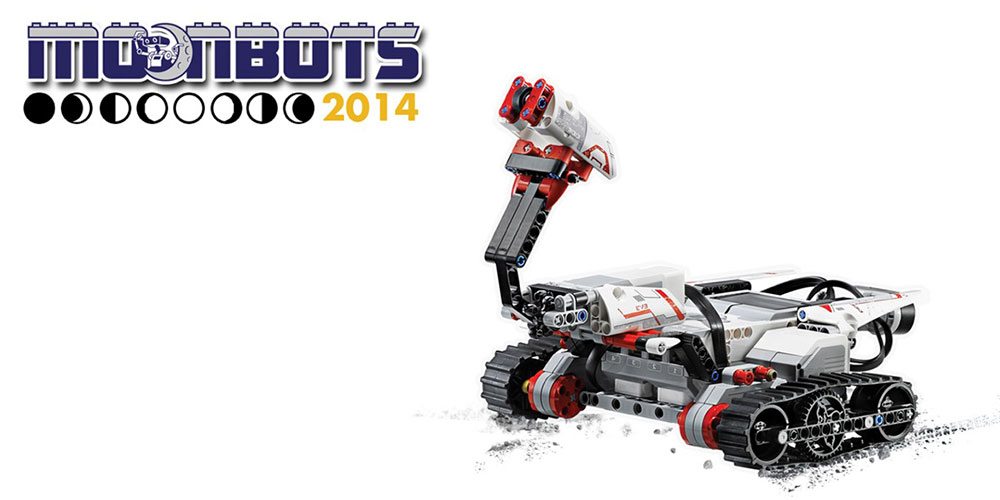 Registration for the 2014 MoonBots Challenge is Now Open 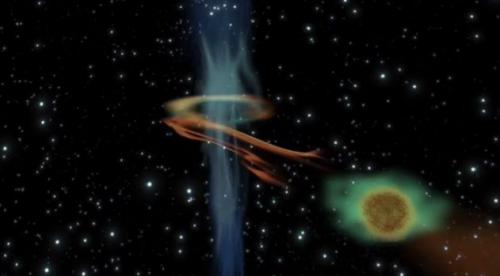 Black Hole Wakes Up and Has a Light Snack