With scarcely a week until Christmas, it’s likely that you’ve almost finished your holiday shopping. And of those final few stragglers – the chronically hard-to-shop-for – I’d wager one or more happens to be a great big ol’ nerd. I speak from experience.

Members of my tribe, with our peculiar sensibilities and diverse but passionate interests, always seem to make gift-giving an increasingly difficult chore. Thus the great question remains:

What do you get for the geek who has everything?

The answer, it turns out, is actually quite simple. There are a number of amazing subscription-based services that take care of all the heavy lifting for you.

Marvel has been dabbling in the field of digital comics since the 1990s, and they parlayed this into a proper subscription service way back in 2007. Marvel Unlimited, as it is currently known, has gone through a number of notable iterations, and can now be enjoyed via mobile apps for both Android and iOS with a special “Smart Panel” system that makes reading on smaller screens totally painless.

Up to a dozen issues can be saved to a mobile device for offline reading, and, with over 13,000 to choose from, there’s plenty to appease even the most ravenous Marvel Zombie. New issues are added weekly, generally around six months after in-print titles hit the shelves. I’ve noted a lot of consternation concerning this “blackout window” from some fans, but many busy adult readers – Like me, friends and family members! – won’t mind the lag. 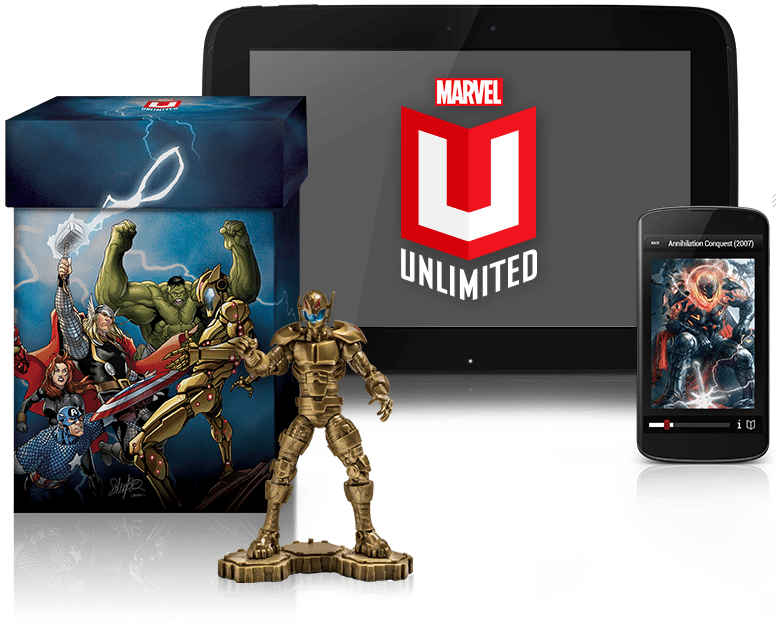 The Unlimited service has a lot going for it, and its tiered subscription system is definitely one fine example. Its $9.99 month-by-month subscription and $69 Annual plan have recently been joined by a new $99 Annual Plus option that bundles the standard instant access library and members-only deals with things like additional discounts and an exclusive real-world collectible kit. Best of all, each of these can be easily gifted to comic book lovers directly from Marvel Unlimited’s web site.

If the idea of receiving a fresh new box of swag each month appeals to you… well, you’re not alone. Loot Crate is a service that does just that, and their subscribers seem to be growing into a formidable legion as word spreads through the Twittersphere.

Mikey, Loot Crate’s Community Manager, was nice enough to send me their special October “Survive” Crate to check out, and I was truly impressed by the contents. Cleverly playing on the month’s zombie theme, the included “Ewoking Dead” tee and copy of Max Brooks’ The Zombie Survival Guide alone were worth the $20ish asking price ($13.37 + shipping), but a number of equally inspired smaller items – a trio of 8-bit-style pinbacks, outbreak status temporary tattoos, a zombie hunter ID, some appropriately gruesome candy and a humorous greeting card – added a lot of appeal as well.

With a different theme each month and offerings ranging from clothing to collectibles, Loot Crate is definitely designed with geeks in mind. They even offer a page for gift subscriptions, special Wikia Crates (with their contents clearly displayed so you know what you’re ordering) and additional items like their gorgeous GraphicLab tees a la carte.

With a healthy mix of old nerd standards and Loot Crate Labs exclusives, the service is tough to beat, and their Mega Crate giveaway ups the ante. Each month one lucky subscriber is chosen to receive a massive specialty crate valued at over $250!

The Marvel to Loot Crate’s DC is surely Nerd Block, another excellent monthly subscription box service. Brought to you by the same team behind daily tee site Shirt Punch – one of my personal favorites – Nerd Block recently saw a veritable explosion of new subscribers after announcing an Adventure Time-themed Block.

Nerd Block’s own Russ hooked me up with a special review Block, and it too managed to impress. Alongside the expected t-shirt I found a Joker Little Mates keychain, a Super Mario Bros. Super Star, an Iron Man 3 papercraft set, a Jack Skellington plushie and a Zombie Splat slingshot launcher.

While it’s easy to think of Nerd Blocks and Loot Crates as simple analogues, there are some notable differences between the services. Nerd Block’s base price of $19.99 per month doesn’t include shipping, so there’s an obvious difference in price. That being said, however, this service scores points for offering a larger physical parcel filled with what appears to be a pricier haul, not to mention a wider selection of t-shirt styles and sizes. Still, while Loot Crate offers a trio of subscription options (single-, three- and six-month packages), Nerd Block‘s system simply auto-renews each month until you cancel your subscription, and lacks its competitor’s dedicated gifting service – though this is easily remedied by providing separate shipping and billing information at sign-up. 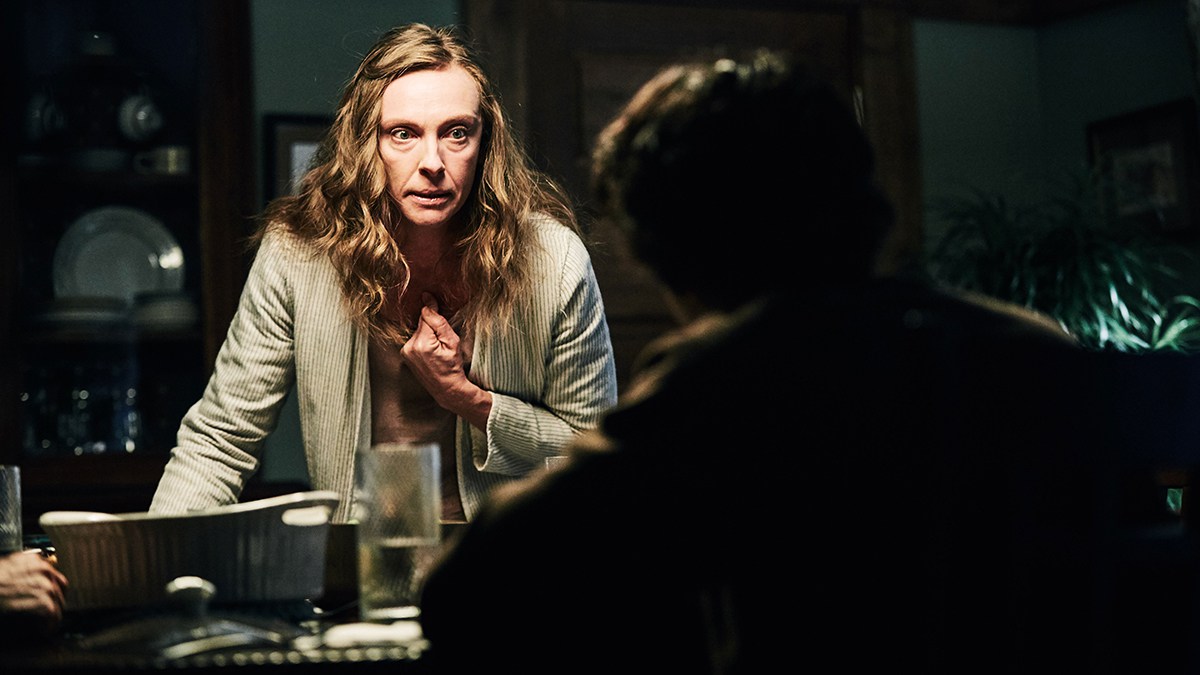 4 thoughts on “Subscription Services: Gifts That Keep on Giving”