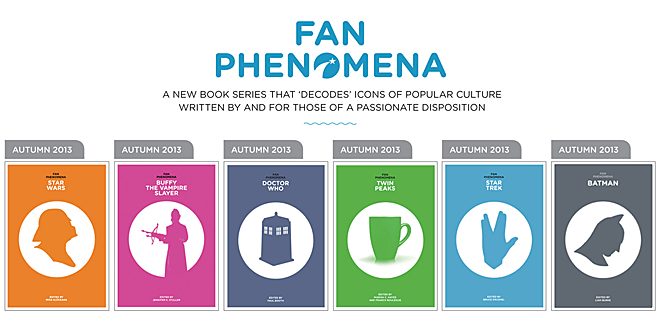 “If you build it they will come.”

This phrase, from the 80s classic film Field of Dreams, seems to sum up fandom rather neatly. No matter what is created, any new film, TV show, book series, or comic will almost certainly have a fandom attached to it, sometimes within hours of release. From the giant mega fandoms of millions like SuperWhoLock and the infamous Trekkies/Trekkers to small fandoms of sometimes just a few dozen individuals, for any creative endeavor the fandom is out there–you just have to know where to look.

The Fan Phenomena series by Intellect is designed as an introduction to fandom. Each book in the series looks at a specific show or film series in a collection of essays written and edited by fans with some expertise in a related field. The books are intended to be one step down from academic journals, steering clear of jargon to produce entertaining and informative guides to the “cultural and social aspects of these fascinating ‘universes.'”

These essays are more than just short blog posts; they are in depth discussions focusing on specific aspects of each fandom. As an aside, Intellect also publish the Journal of Fandom Studies for those interested in a more detailed and academic approach to the subject of fandom.

I chose to look at two books from the selection already published: Star Trek and Twin Peaks.

My reasons for choosing these two fandoms was due to their wildly differing natures. One is a multi-million dollar brand with has a large corporation behind it, an on-going publicity machine, and international popularity in everything from box office success to a vast array of merchandise. The other is a small, cult fandom based on a short lived television show and a film that only attained cult popularity years after release; it has no huge corporation driving it forward nor will you find any action figures of its characters in Walmart.

Simply put, these two franchises mark opposite ends of the fandom spectrum, so I felt it would be interesting to see how a single book template would handle them.

Twin Peaks (editors Marisa C. Hayes and Franck Boulègue) collects ten essays and three short interviews with fans who have done something special with their love of the show. The subjects range from an analysis of the “Dream Logic” seen on the show to a look at the fashion choices of Audrey Horne and a discussion on the topography, both “real” and “indeterminate,” of the fictional town. The essays allow for a deeper exploration of the meanings behind Twin Peaks from feminism to violence and through to the true identity of Bob. Each essay brings a new idea to mind and encourages you to think on the subject and draw your own conclusions; it also made me desperately want to re-watch the entire show and Fire, Walk with Me.

Star Trek as a property is a very different beast from Twin Peaks with much less need for essays exploring the psychology and hidden meanings within it.

Instead the Star Trek collection (editor Bruce E. Drushel) focuses more on the fans themselves, looking at fan creations such as the Trek in the Park plays that took place annually in Portland and exploring those great leaps forward made possibly purely by fans including the reversal of the original series’ cancellation in the 1960s.

The 2009 reboot gets an essay to itself as it redefined the fandom immeasurably and the book covers a number of serious topics including the still relevant issues regarding Trek and the queer community as well as more light-hearted fare such as a look at parody, a hugely rich vein of material in the Trek-verse (“never give up, never surrender!”)

The Fan Phenomena series is a brilliant introduction to fandom for those wishing to become acquainted with new fictional worlds, for fans wanting to delve deeper into their own preferred universes, and for people interested in the mechanics, relationships, and issues found in different fandoms.

Each fandom is unique and so is each book, but the identical formats provide a link and allow you to dip in and out of the books quickly and easily. I hope to continue reading through the series which has recently announced a further set of upcoming titles due out in April 2014 including Sherlock Holmes, The Big Lebowski, The Hunger Games, and Supernatural to add to its already impressive library. If you have any interested in the cult of fandom then I cannot recommend these books highly enough to you. 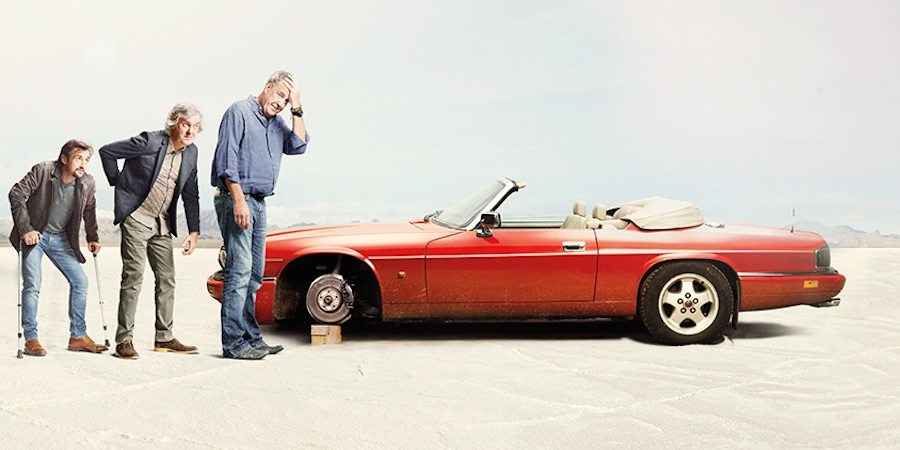 1 thought on “Fan Phenomena: A Book Series for More Than Just Fans”