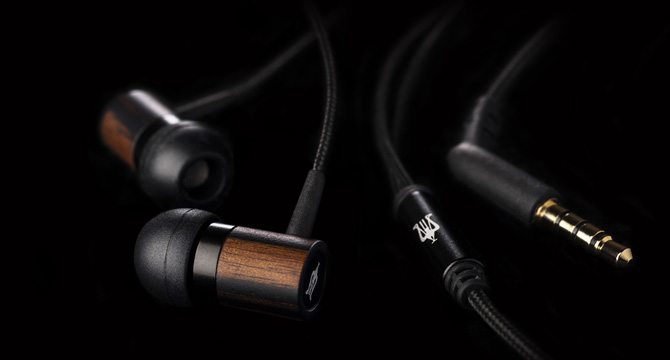 It’s been an interesting year for me; filled with some significant ups and downs. Here, near the end, things have been looking up, and I’ve journeyed into these weeks with more optimism and a sense of truly being excited about the holiday season. I’m really happy about that.

This thing we do here at GeekDad is so much fun. We are just a bunch of geeky parents who have decided to come together and write about the things we love – especially about what it’s like being geeky parents. It’s so nice to be able to share our experiences, and help others.

To that end, I’d like to offer some ideas for great holiday gifts; things I’ve had the chance to try out and use in my life, and can personally suggest could be fun for other geeky folks out there as well. 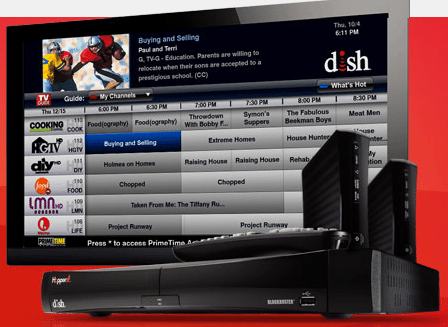 Dish Network Hopper with Sling DVR: We’ve been Dish Network customers for quite a while. Back when we made the transition to an HDTV, we wanted to upgrade our incoming TV service. We were with DirectTV at the time, but they wouldn’t upgrade us for free (after having been loyal customers for years). So we jumped to Dish Network, and haven’t looked back.

Now the next part is serendipity: we’ve had one of their standard DVRs for a couple years, but it started acting up a few months ago; seemed like the hard drive was failing. When it died, I was planning to upgrade to the Hopper system they’ve been offering for a while. And then fate intervened, and a PR rep emailed me and offered an upgrade and to comp our account for a couple months if we tested the system out. That was not too hard a “yes.”

Upgrading your DVR equipment is a little like upgrading your phone, really. The new system is an improvement all around. It’s faster, and the organization of the menu system is much clearer. There are bells and whistles, like being able to record on up to 6 channels at one time. There’s a Primetime Anytime feature that automatically records and saves all the major networks’ primetime shows for a week for you, but we don’t really use that. We watch far more shows on the higher channels than major networks.

Probably the most useful feature on a daily basis for me is the Dish Anywhere ability to send either recorded shows or live TV to a phone or tablet on your local network. Every night when I’m in doing dishes in the kitchen, I’ll pull up a show on my iPad and watch while working. The software isn’t perfect; the skipping functionality is far more limited than on the TV. Really, it’s kind of fussy. But honestly, as someone who grew up when using any kind of cable television system required you to use an A/B switch on top of your TV, this is science fiction. On top of that, being able to access my DVR from anywhere, and set things to record when I hear about them, instead of having to wait until I get home and hope I remember, has been immensely useful.

I know many folks will question my geekhood for not being willing to cut the cord, but this is just too convenient. It is, for us, the most useful system we’ve seen so far. And right now, they are running a promotion that’ll get you a free iPad2 when you sign up, so you can use the Dish Anywhere feature right away. Not bad, Dish Network, not bad.

Meze Headphones/Earphones: I’ve mentioned Meze before. I’m not an audiophile, per se, but I can darn well tell the difference between good headphones and crap ones, and ever since Antonio sent me a pair to review a couple years back, I’ve been hooked, both by the quality of the sound and the design, which uses beautiful real wood in the cans, and lovely veneers on the earphones. They look and sound classy, is all. So, for the last 6 months or so, I’ve been using a pair of Meze 11 Classics as my daily earphones. I often go walking at lunch, and listen to podcasts or books on tape. They work great for this, with a warm rich sound. But the quality difference was put into perspective for me when the cheap pair of earphones I use when I sleep (yes, I listen to ambient or environmental sounds when I sleep) died in one ear, and I started using the 11 Classics. Doing a compare/contrast listen to the thunderstorm recording I listen to was like taking off a pair of dark sunglasses and suddenly seeing all the colors around you. The listening experience went to something like a shower on a tin shack to feeling like being in a concert hall during the most profound storm you’ve ever sat through. The difference is amazing.

At $79, they aren’t cheap, but they certainly aren’t the most expensive earphones out there, and the quality upgrade over something like the Apple earbuds will blow you away.

Blinkytape: This is a Kickstarter project that successfully funded, delivered almost on time (+/- a couple weeks), and has now officially gone on sale as a commercial product. And I love it!

The simple explanation is that it’s a meter-long string of RGB LEDs, that’s totally programmable. Each LED is addressable, so you can tell them what color to be and how bright to be at any given fraction of a second. They can be powered from a USB connection, so they can run from your computer, or even from a portable USB battery pack, making them an awesome addition to any costume.

They are working on some open-source tools for programming, but if you know anything about programming for Arduino, it’s a piece of cake. I’m just hoping I can talk someone into writing a script that will allow the Blinkytape to translate from the standard DMX protocol used for controlling pro light systems, because after that, these can be great additions to my holiday lights.

Blinkytapes are for sale at Adafruit now, for about $60 a string.

Warby Parker Glasses: In my youth, I had better than 20/20 vision, but after years reading books, and in front of video screens, the old eyes have finally started to go. So it was an interesting and new experience to go through the process of getting them checked, and then getting glasses.

The first time around, I purchased my frames through my optometrist, and was surprised that, even with insurance, any of the frames I really liked ended up costing quite a bit of money. Without going into conspiracy theories, it appears there is quite a monopolistic situation in existance in the eyeglass frame industry, and prices tend to run quite high. So, when it came time to get a new pair, I wanted to try something different.

Warby Parker has been making quite a splash for their marketing savvy, and their easy online system for ordering glasses. They have a lot of retro-looking designs, and you can order up to five pairs to have shipped to you just to try on. Once you pick a frame you like, you send them all back and they have a pair made with your personal perscription. Most frames cost around $99, which is pretty reasonable in the current marketplace.

The pair I had made are extremely high quality; as good or better than any pair of Ray Bans. I plan on making Warby Parker my sole resource for glasses, and sunglasses, in the future.

What are you Doing for the 4th of July?