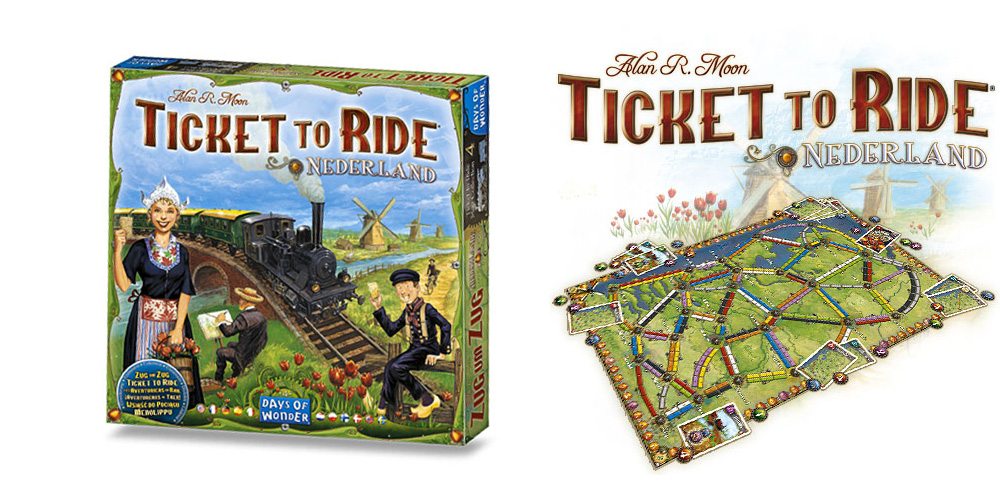 The Dutch rely heavily on their railways, so it makes sense that the award-winning Ticket to Ride finally visits the Netherlands. The expansion, the fourth official map collection for the popular train game, requires a core set to play and offers a unique game mechanic that really ratchets up the difficulty.

What you get are some beautiful components, what you would expect from Days of Wonder. There’s a huge board with a map of Holland that measures almost 21″ by 31″ and a rule book. There is a nice deck of cards that includes five bonus cards, ten loan cards and 44 route cards. The route cards are special because there are five cards that exceed 30 points, with the most valuable route extending from Groningen to Middelburg (34 points!).

Because the Netherlands is a country with many rivers and canals, trains must pay a toll to pass over bridges. Each player begins play with the same number of tokens to pay tolls. Nearly every route is a double-route and every one is playable, even in a two-player game. However each route also carries a toll cost, which is indicated by a small icon alongside the route. The toll is paid with the tokens each player has in her possession.

However, there’s a twist. The first player to claim the route pays the toll to the bank. The second player pays that toll to the player who first claimed the route. Should a player want to purchase a route, but lack the tokens to pay the toll, that player can take a loan card that has to be played in front of him for the rest of the game like a red badge of shame. The loan card counts for -5 at the end of the game and can’t be paid off, nor can a player make partial payment with any tokens he might have. If the loaned toll is for the second path on a route, the first player is paid the toll amount from the bank.

All other Ticket to Ride rules apply, except the scoring is a little different at the end of the game. In addition to traditional scoring, there are some bonuses paid out related to toll tokens. The toll tokens are totaled (players keep the values secret during game play) and the highest total gets a bonus to apply to his score. The bonus values vary depending on players, but can be worth up to 55 points. If you have taken a loan, you are disqualified from receiving a bonus.

With a couple of plays under my belt, I really like Ticket to Ride Nederland. The toll tokens are a very interesting mechanic that rewards early, aggressive (but thoughtful) play and punishes procrastination. It forces players to plan ahead and think twice about which routes they take.

Toll tokens are in short enough supply to make route buys a sometimes very difficult decision. At first, I wasn’t sure, but I really think the tolls add a great dimension to the game. Ticket to Ride takes knocks from some for not being high enough strategy and the tolls go a way toward silencing this criticism. Further, high route values and big end-of-game bonuses can mean some very high point games — and standings that can change quite a bit at the end.

The rules suggest you play with a virtual third player in a two-player game, which I’m not crazy about. In the past, I’ve played a lot of two player games and the idea of playing for a third turns me off. But as a game for three or more, I really like the Netherlands expansion. The tolls and new rules make for a pretty exciting game and one I look forward to playing again very soon. 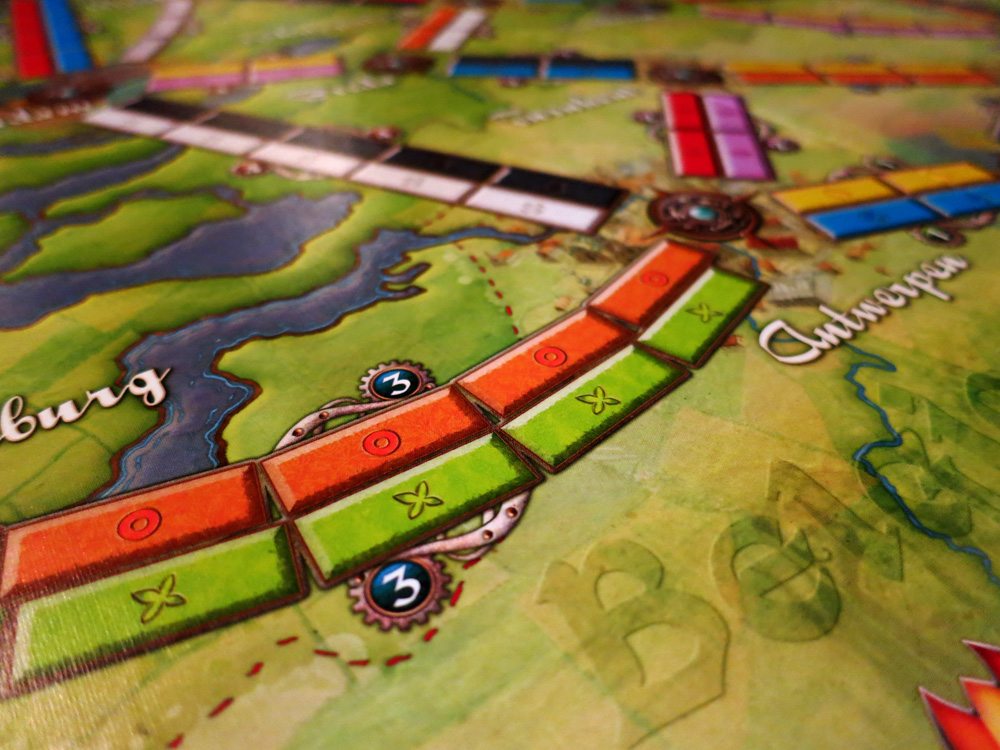