After reviewing the Meep! kids’ tablet last year, I started wondering if having a secure and safe-to-use tablet designed for a child would ever have the functionality and speed of other mainstream tablets. Enter the iDeaPLAY.

It is a new tablet for kids; it runs the Android OS and comes with a free trial of the Famigo service. The Famigo service provides the parental security needed to keep kids safe who may be using the tablet without supervision. Since Famigo is just a service, the tablet can also be used by adults as a standard tablet without having to give themselves permission to purchase items via the internet, use possibly non-G-rated services such as YouTube or Skype, and other functions.

Device Responsiveness: The responsiveness of the device rivals that of other mainstream Android devices. Over a month of testing the device, it hasn’t crashed a single time. The device was used an average of an hour a day. The speed of the device and the storage I’m sure also played a part in the device running smoothly for as long as it did.

App choices: All downloads have been successful and quick. Being able to search in the Famigo app store and Amazon is a huge plus for us since we also have Kindles. As with any device, some apps are not compatible with the iDeaPlay. The available selection from the stores outweighs the few that don’t work.

Specs: This device is fast and with an SD card can hold up to 32GB of stuff. Add to this 1GB RAM, water resistance, and flash support. Everything else is just gravy.

as a free app, has been available in the Google and iTunes store for awhile now. With the iDeaPLAY, Famigo is actually a service that is a free trial for seven days, and then is a paid service for $8 a month (and a one-time $5 start-up fee). The service includes, through the Famigo interface, content from Jim Henson, DreamWorks, Dr. Seuss, The Wiggles, and apps including Doodle Jump, Shrek Forever After, and Ice Rage.

For $8 a month, 15 or more apps are delivered directly to the tablet, along with kid-friendly videos and access to a kid-safe web browser and a kid-safe YouTube channel. Exclusive items for subscribers using the iDeaPLAY will also be available through Famigo in the future (it reminds me of the service Amazon started offering with their more recent Kindle generations). From the kids who tested the device, there were mixed opinions about the apps available through the Famigo service. The dividing line seemed to be age. Kids over the age of 7 seemed to really want the freedom to do whatever they wanted on the device, and not just play educational apps and watch G-rated educational videos. All of the kids who tested the device, about two-dozen in all, liked that the Famigo service didn’t slow down the speed of the device.

My experience using the Famigo service with my 4-year-old was that I liked the lock feature that prevented him from making purchases for in-app products, I could limit his play time, etc. But, I can use a free app (such as Famigo, Kidspace, or KidsCare

for $1) and purchase apps individually. We don’t pick up 15 free apps a month, let alone buy that many even when my kids do spend a good amount of their allotted screen time on tablet devices.

If you need a steady stream of new apps and videos every month for your little kids, then $8 is a really good deal when you figure apps range from $1-$5 a piece in the app stores.

Camera: There is a camera button on the taskbar of the screen. It makes it very easy to take a picture or screen shot (sometimes too easy). The camera isn’t as good as the phone cameras available on the market now, but it is better than other tablet cameras I have seen. For a kid’s tablet, it works well enough if it’s in a well-lit area.

Battery Life: The standby time of the iDeaPLAY, even when completely powered off, is only a few hours. The life of the battery when the device is in use is also about four hours (which is accurately indicated in the specs for the product). After a couple of weeks, we started just keeping it plugged in when it wasn’t being used.

The Verdict: With the exception of the battery life while on standby, I have no complaints about this device. It is sturdy, responsive, and holds a reasonable amount of stuff. It is a high quality product. I can’t wait to see this device do well in the upcoming holiday season. Plus, it is COPPA compliant which is nice when worrying about little kids playing without a lot of adult supervision. Heck, I have a sneaking suspicion that my son will ask for one of these for Christmas since he likes it better than the Kindle now. Though the Famigo offers a large range of apps, younger kids will appreciate the selection more than older kids.

retails for $129 and can be found in retailers and Amazon.

GeekMom was lent a test sample for the purposes of this review. 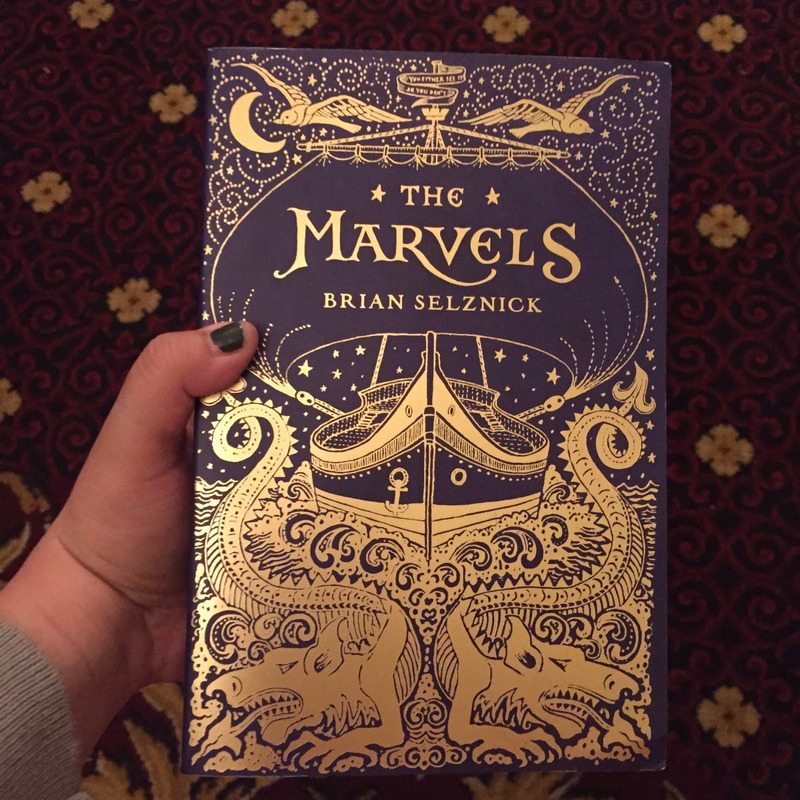 Brian Selznick Introduces New Book in the Most MARVELous Way