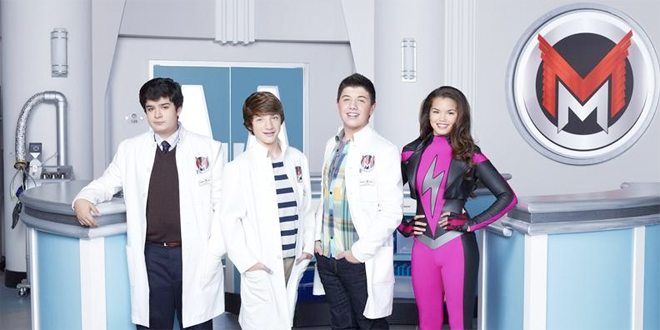 In Disney XD’s new show Mighty Med, two ordinary teenage boys become invaluable assets at a secret hospital for superheroes. What makes them so special? Their lifelong love of comic books, superheroes, and video games, of course. If, as the saying goes, knowledge is power, then these two “normos” (the Mighty Med equivalent of muggles) may be the most powerful heroes of all.

On a recent visit to the set, I had a chance to talk with executive producer Jim Bernstein and supervising producer Andy Schwartz, as well as cast members Bradley Steven Perry, Jake Short, and Paris Berelc, about the wish-fulfillment aspects of the show and what viewers can expect in the first season.

“Our idea is that these kids have some special abilities that make them useful,” Bernstein says. “I think that’s sort of the message of this show. You don’t have to be like a lawyer or something. Everyone has something special and interesting about them. You might be a really good artist. You might love stamps. And that interest that you have makes you really valuable and special and you might be able to do something really cool with it.”

In the pilot episode, we meet best friends Kaz (Perry) and Oliver (Short). Kaz is the impulsive one who acts without thinking, while Oliver is more cautious and tries to keep him out of trouble (Bernstein and Schwartz describe their dynamic as “the gas” and “the brake”). Their relationship is put to the ultimate test when they accidentally stumble into the world of Mighty Med and discover that the stories and characters they’ve been reading about all these years are actually true. After they step in to help an incapacitated hero and figure out how to defeat an invading villain, the hospital’s chief of staff, Dr. Horace Diaz (Carlos Lacamara), is so impressed he offers them after-school jobs, much to the annoyance of his resentful nephew, Alan (Devan Leos).

“They make a perfect duo,” Perry says of Kaz and Oliver. “And their knowledge of comic books and superheros and everything not only makes them good doctors, but makes them who they always wanted to be. Although nobody ever understood them and how they could be such fans and kind of put them down, like, ‘Reading comic books is a waste of your time.’ They can now prove themselves.”

Sounds pretty awesome, right? Except, there’s one big catch to this dream job: the boys can’t tell anyone about it.

“It’s hard for them and they want to tell people,” Perry says. “And sometimes it slips about this job they have. And they walk out and want to just be like, ‘I work at Mighty Med!’ But they can’t do it. They’ve got to keep it secret.”

Still, silence is a small price to pay for getting to be up close and personal with your idols. For Oliver, there’s an extra benefit that makes it the job even better—-he gets to work alongside his ultimate superhero crush, Skylar Storm (Berelc). Skylar has just recently lost all her powers and is forced to stay at Mighty Med while the doctors figure out how to get them back. Fortunately, the boys are there to show her how to get along in the “normo” world.

“It’s even more of a dream come true for Oliver, because he loves Skylar Storm,” Short says. “He didn’t know she existed, so when he sees her in real life it’s like, ‘Oh my gosh! What’s going on?’ It’s the greatest thing for him. So that’s another really fun thing about the show.”

Berelc has worked previously as a model and has training as a gymnast at the highest level, but this is her first screen role. She does all her own stunts, and though Skylar doesn’t have any superhuman abilities, she can still manage some major “flippage,” as Berelc puts it (“There’s a lot of flippage coming your way, everybody,” she teases). Besides the physical aspects, she says she can identify with the way Skylar is forced to cope with this major, life-changing event that keeps her stuck on Earth, far from her home.

“I’d say that we are both, in some ways, vulnerable,” she says. “You know, because when I first came here—because I’m from Wisconsin—I was like, ‘What’s up with California?’ I was very new to it as well. I eventually did find friends, like she does with Kaz and Oliver, to help along the way.”

Bernstein and Schwartz say they are pleased with all the casting choices, but they got even more than they anticipated in Berelc.

“We could not be more thrilled having Paris,” Schwartz says. “I mean, we write things and then maybe we write ‘she flips.’ That’s it, two words. And then all of a sudden you look on stage and she’s doing a million cartwheels. I don’t even know what they’re called. She laughs at us.”

She was also the key to figuring out how to incorporate the show’s target demographic (teens and tweens) into a workplace setting.

“We didn’t want to have a hospital where it’s a bunch of kids running around,” Schwartz says. “It wouldn’t have felt authentic. But then you also don’t want to do a show that’s primarily targeted towards kids where it’s all adults. So to us the key to the entire show was Skylar Storm, in that you have a girl who’s there who’s a regular and who you legitimately feel she should be at this hospital. And she’s a kid. And now, we start to fill out our world. And that was really important to us.”

Speaking of filling out the world, in case you’re wondering (like I was) whether the show will take advantage of the Disney-Marvel corporate synergy, it doesn’t seem likely. The creators aren’t completely ruling out any appearances by Marvel characters in the future, but there won’t be any big crossovers in this first season. For now, they’re having too much fun creating their own universe and playing around in it.

“For now we’re sort of enjoying the experience of creating our own superheroes, not being necessarily limited by the powers or the names,” Schwartz says.

“We’ve also gotten a lot of feedback that kids actually like the fact that we’ve created our own superhero world,” Bernstein adds. “And I like it too. It’s fun for us. I mean, if part of the whole idea of this show is these kids discover a secret world, then it should be our own world.”

Schwartz continues, “Stories could come from [creating] a superhero who could have x power, whatever it is, and now what would it be if this went awry? And we get stories from there. Most of our stories are character-based in that way. And one of the things, Jim and I, we love doing, is putting little headers at the beginning of scenes. Like, ‘Open up and say “ahh,”‘ and the guy breathes fire and it’s like, ‘You’re totally normal.’ We love that because it takes the medical element, it takes the superhero element, it takes the fun element. We love combining that stuff.

“We try to put a couple of those in every episode where there will be just a quick little moment with a superhero who has a funny power of some kind,” Bernstein finishes. “We live for that.”

Ed. note: An earlier version of this story incorrectly identified Andy Schwartz as an executive producer. His correct title is supervising producer.

Mom, Where Does Linux Come From? 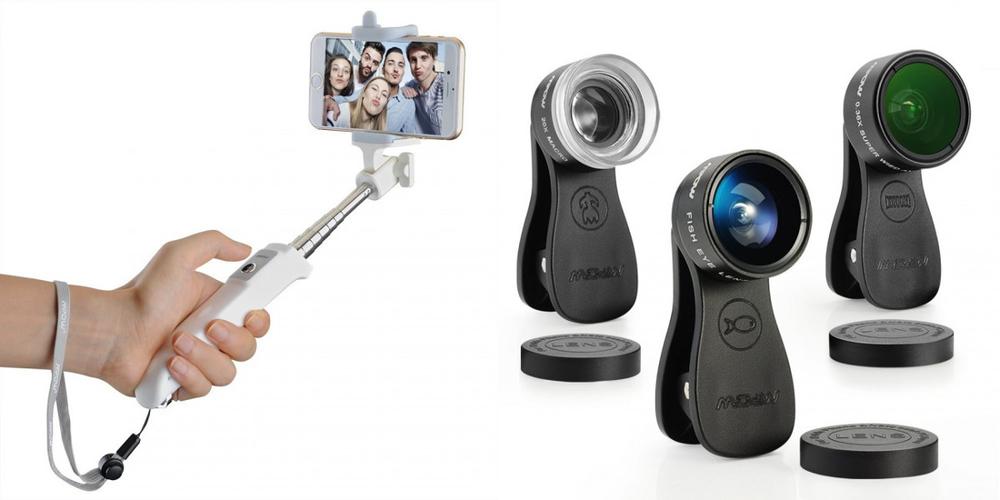 The Case for Selfie Sticks, and Other Phone Accessory Tales

1 thought on “Mighty Med: Saving the World Through Fandom”