This week’s Word Nerd is one that seems rather obvious, but I’ve seen it pop up a few times, probably the result of intrusive autocorrect systems, which really represent the point of this feature; it’s possible for a word to be spelled correctly and still be wrong. 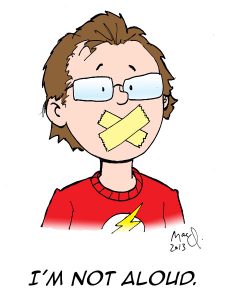 Allowed: the past tense of allow; to permit or give consent to.

Aloud: to say out loud; to speak in a normal speaking voice as opposed to whispering; to say loudly.

Allowed appears first around 1250–1300 as the  Middle English alowen, from the Old French aloer, meaning to place, sanction or allow.

Aloud turns up a bit later, about 1325–75; it’s also from Middle English, unchanged to the present day.

Back to School Preparation for Educators at Adafruit