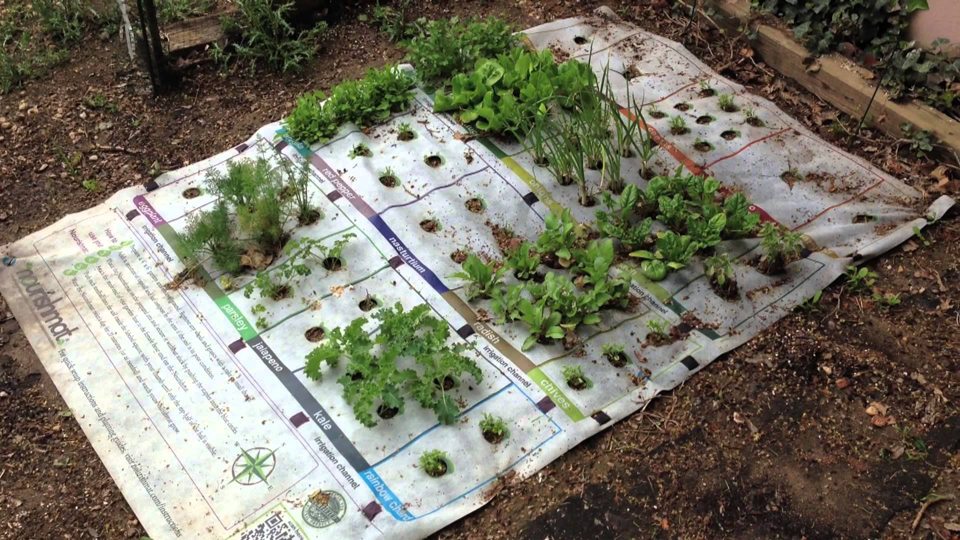 Welcome to another edition of Fund This, GeekMom’s bi-weekly series that focuses on places to invest some of your hard-earned cash. We are looking to highlight a few of the most interesting projects on crowdfunding websites like Kickstarter, Indiegogo, and many more. Ready to make someone’s dream a reality?

I don’t know about you, but every year, I have green dreams of a grand garden. Then, there are problems. If I’m lucky, I end up with one good plant—two, if I really work at it. The rest of my efforts either never make it to the outside or end up dying within the first week. The Nourishmat turns that one good plant into a lot of little plants.

That’s because the Nourishmat can grow 19 herb, flower, and vegetable plants, all on one 4-by-6-foot mat. Everything is sectioned out and the kit comes with 82 pre-planted seedballs, which should yield tomatoes, cilantro, carrots, kale, and so much more. It’s like growing an entire salad in one spot.

Perfect for those with minimal space and/or gardening skills, the Nourishmat even has the option for built-in irrigation, so you never have to worry about watering. It’s scalable, reusable, and pretty wonderful overall.

However, it takes a bit of green to make the Nourishmat grow and flourish. That’s why the company is seeking $70,000 via Kickstarter. To get in on this unique gardening community, you’ll need to pledge a minimum of $89, which will reserve you one basic Nourishmat. If you’re looking for something smaller, there’s also the Herbmat, which houses a mix of eight annual, bi-annual, and perennial plants. Take a peek at the options on Nourishmat’s campaign page, which is live through Wednesday, July 31, 2013.

If you’re looking for a little something to proudly display on the mantle, try checking out Tinysaur. This company has a ton of teeny models, most of which are dinosaurs. Herbert Hoover has been building these small-scale kits for some time. Now, he’s looking to give the people what they want, and apparently, they want something called the Hominosaur.

When trying to fund the product, Hoover decided upon a Kickstarter goal to match his tiny product line: $1,000. At last peek, he had tripled those funds. That could have something to do with the perks, which include dinosaurs, display cases, and extra heads. All of the money collected will go to production, packaging, and shipping. That said, there’s still time to snag your own model mini-me, since he will be taking pledges through Sunday, August 4.