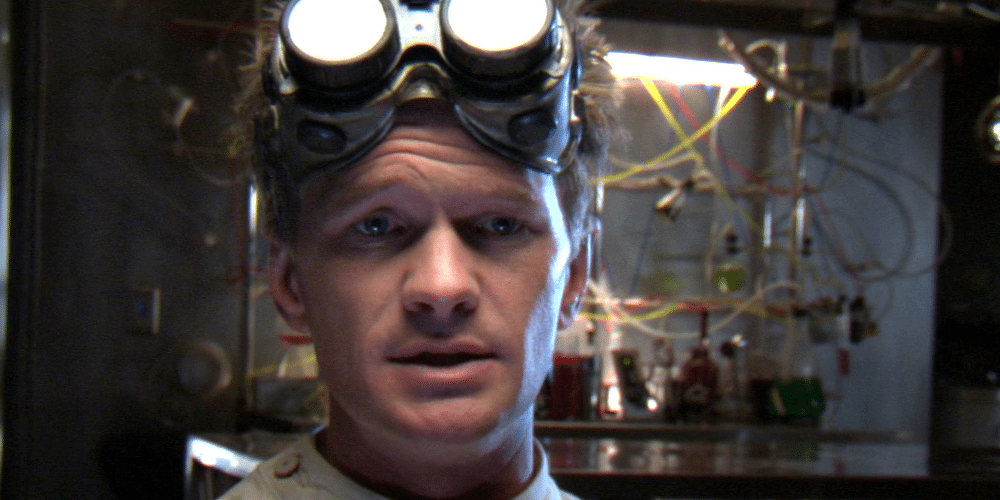 In July 2008, the single greatest byproduct of a writer’s strike appeared on the Internet. It was a short movie written by Joss Whedon, his brothers (Zack and Jed), and Maurissa Tancharoen while they were killing time on the picket line. Five years later, the characters are still beloved, and the experiment opened up a way for artists to control their own creations.

When Dr. Horrible’s Sing-Along Blog was released, I stayed up to watch each new installment online while the family was asleep … and then watched it all again a couple more times after they woke up. We were enamored. The boys and I even put together an entry application for the Evil League of Evil, a contest run by Whedon for fans to be included on the movie DVD. The website no longer offers the free streaming (that was a limited-time opportunity), but the groundbreaking delivery led to strong sales of merchandise, including a song book and comic. Until the studio stopped granting licenses, the musical was being performed on stages around the world.

Dr. Horrible was a tremendous success, winning numerous awards (People’s Choice, Hugo, Streamy, Emmy). Whedon’s vision was to create a high-quality professional movie, but on a smaller scale and with minimal investment. He chipped in $200,000 of his own money to fund the side project for his family and friends, many with whom he had already collaborated on one of his other shows. In an interview with Forbes in 2012, Whedon said that the project had cleared $3 million in profits and was continuing to bring in revenue.

A couple years ago, Whedon told a Comic-Con panel that a sequel was in the works. However, that was before Marvel sucked up all of his available time. Progress has been made, but last spring Whedon announced further delays until after The Avengers 2 responsibilities have subsided.

If we have learned nothing else from Saturday Night Live, it is that catchphrases are the true measure of cultural impact. In 2000, an actor with crazy hair named Chris Walken strode onto the SNL set and urged Will Ferrell to play the cowbell. It went over pretty well with viewers. Thirteen years later, the phrase persists as a synonym for remedy. Dr. Horrible has eight times as much material as the Walken-Ferrell sketch, so something has to stick.

I once blogged about possible catchphrases arising from the three-part web series that had a shot at finding their way into everyday conversation. Upon further reflection, here are my revised Top 5 Horriblisms to get cowbelled into regular use:

def. A nice but ineffective gesture. Alternately, to view a small gift as a big cure. As in, “The new paint job proved a homeless day after the engine fell out of the car.”

def. A superficial jerk who is good at acting like he isn’t. As in, “When he’s around family, Russ gets so pie.”

def. Intentionally unintentional; to stage spontaneity. As in, “After a week of drafting her elevator speech, Angelina brought the frozen yogurt to pitch her startup to investors.”

def. To force a smile while being royally screwed, not in a good way. As in, “When they fired Jerry, they sporked him in a crowded restaurant.”

Captain Hammer will save us

def. When all hope is lost; a resignation. As in, “After missing three meetings with clients, Captain Hammer is going to save my job.”