Today’s Word Nerd revolves around a common confusion between the plural and possessive form, and it’s one that’s possibly even more common than the its-it’s confusion. What makes this one more complicated is that it’s not just a question of whether or not to insert an apostrophe; there’s a whole different spelling for the possessive. 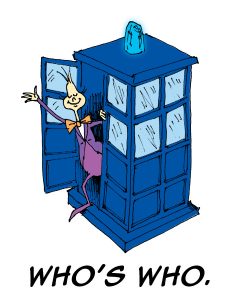 who’s: a contraction for “who is”
whose: belonging to whom
whos: residents of Whoville

The confusion comes in because in most cases, an apostrophe indicates a possessive, except when it doesn’t. In this case, as with it’s, the word in question is a contraction.

A Pathfinder Comic Book Is Coming

A conference on Scratch, the programming language for kids