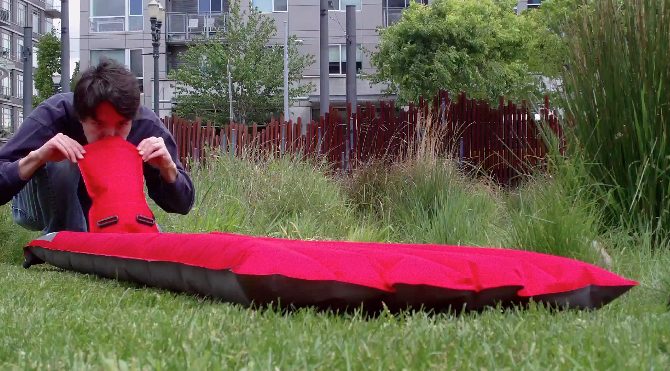 When I got an email from Ryan Frayne pitching his Kickstarter project, my first thought was: I’ve got so much on my list, I don’t have time for another Kickstarter write-up right now. But then I watched the video, and I decided to make some time.

The Windcatcher is an air pad, the sort you use for camping, but with a special valve that lets you inflate it in seconds using nothing more than your lungs… and science. Frayne is local, so he brought his prototype over and I got to try it out. It takes a little practice, but Frayne’s able to fully inflate the pad in about five breaths. Even on my first try it was still a whole lot faster than using a standard valve. 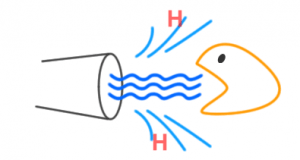 So how does it work?

As you can see from this handy diagram from the Kickstarter page, the Windcatcher valve is so simple even Pac-Man can use it. No, just kidding. The idea is that when you blow air into the wide valve, the fast-moving air from your mouth pulls in surrounding air, which means that you’re putting a lot more air into the pad than you would with just a standard valve.

The other crucial piece, of course, is that it’s a one-way valve. The air flows quickly into the air pad and then stays there. Once you pull the release tab inside, it also deflates a lot more quickly because it’s such a wide opening.

The Windcatcher valve has two velcro straps that keep it shut while you’re using the pad, but the valve and straps also wrap around the deflated mattress, making it a compact roll that doesn’t require any additional bag to keep track of. Oh, and not having to put my mouth on a valve that may or may not be clean? That’s worth a couple bucks right there.(There is a standard valve on one corner, though, in case you want to fine-tune the amount of air you have in the mattress, but you don’t have to use it.)

Frayne said that the mattress holds the air well overnight (I can’t confirm this myself, since I just spent a few minutes trying it out). I did notice that it wasn’t inflated quite as firmly as I usually like my mattresses, but the standard valve on the side should take care of that.

There’s an optional Air Bag, a pillow using the same sort of valve that you can shove under one end of the pad to make it a lounge chair. The Windcatcher Air Pad will run you $80, and the Air Bag is $40 (or get both for $99). If you go camping often and you’re tired of spending so much time blowing up air mattresses, it’s definitely worth checking out. The Kickstarter ends on June 13, so you’ve got just over a week left. 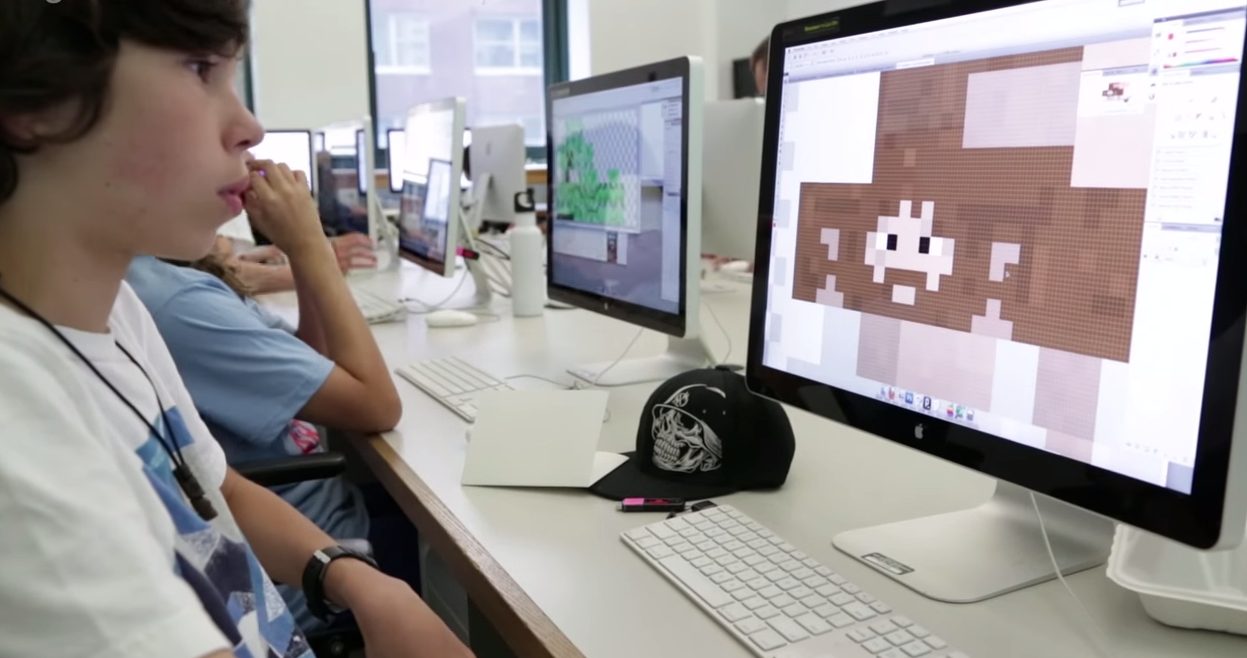 Go to Minecraft Camp — at Home! (Parents can Come, too!)