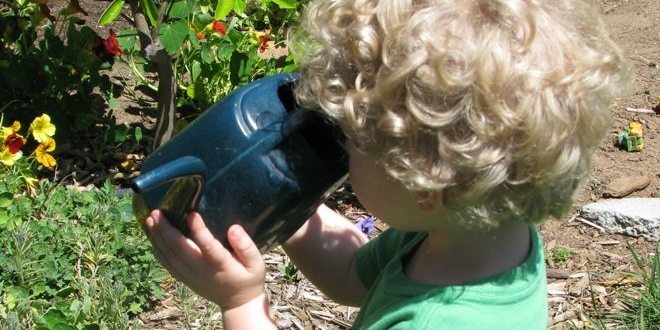 One of the most delightful things about being part of the community of GeekMom writers is that we’re all over the map–philosophically as well as geographically. I read my fellow GeekMom Ariane’s post, “Why I Hate Why,” with interest, and my reply grew so long it turned into a post.

Here’s why I actually love the why stage:

Because at that age–two, three, four, five years old–language is a magical thing. It’s slippery and malleable and full of possibility, and meanings are hard to pin down. And “why” is the most magical word of them all. It means, “I’m baffled/delighted/scared/excited/an infinity of adjectives but I can’t figure out how to frame this experience in words.” It means, “Do the rules of the world stay the same, or do they shift around as much as it seems like they do?” A chair stays a chair, but water can be ice, water can be the steam floating up from Mommy’s mug of tea. The people who get made to take naps don’t want them, and the people who don’t take naps want nothing more. Uncle Jay is Daddy’s brother and Grandma’s son and THIS IS ALL VERY CONFUSING.

But there’s this powerful talisman, this incredible word that takes all the millions of questions flooding into those tiny, giant-brained heads, and distills them into a form that people understand. Why.

Why is a chameleon-word that shapeshifts into all the questions put together. Who, how, when, what, where, will. Why is the wonder-word. It collects the flurry of bewildering input that swirls around a small child like leaves in a tornado–and in a single syllable, it tames the wind. It puts form to the formless: When other words are leaping all over the place with their jittery meanings (leaves fall in the fall but snow doesn’t winter in the winter), why stays put. Why is reliable. When grownups all around you are failing to comprehend the very clear statement you’re making about eating opiemeal in the hoffabul, why is a word they understand. Sometimes it’s the only word they seem to understand, so you use it in place of all the other words they can’t quite grasp.

Can being on the receiving end of endless whys grow exhausting? Sure–I’m in the thick of my sixth child’s why stage right now, and that means I’ve been answering this question almost without pause since 1997, when my oldest daughter was two. What delights me is that she is still asking it. At 18, she’s a young woman of insight and curiosity; she probes and counters and debates. She argues with things she reads. She wonders.

At its heart, that’s where the incessant why comes from: a sense of wonder, a sense that the world is a mysterious place but–and this is huge–where there are questions, there are answers. So I respectfully disagree with the notion that some questions–sincere ones, I mean, the kind a child asks–are stupid. The question itself is a sign of that spark that makes us human, our insatiable thirst for knowledge and understanding. We don’t take the world for granted. We want to know what makes it tick, what makes the sky blue, what makes freckles and spaghetti and smoke. As we grow, we learn to add more words to the question–but with luck we never lose that sense of the magic of it all, the endless scope for possibility. My kids’ whys have kept me asking questions; they’ve shown me a thousand different ways of looking at things so seemingly ordinary I might have forgotten to notice. Somewhere along the line, I came to realize that their whys weren’t just helping them make sense of an astonishing world; they were making it continually astonishing for me too.

Try to Catch the Lyrids Tonight!

2 thoughts on “GeekMom Counterpoint: Why I Love Why”