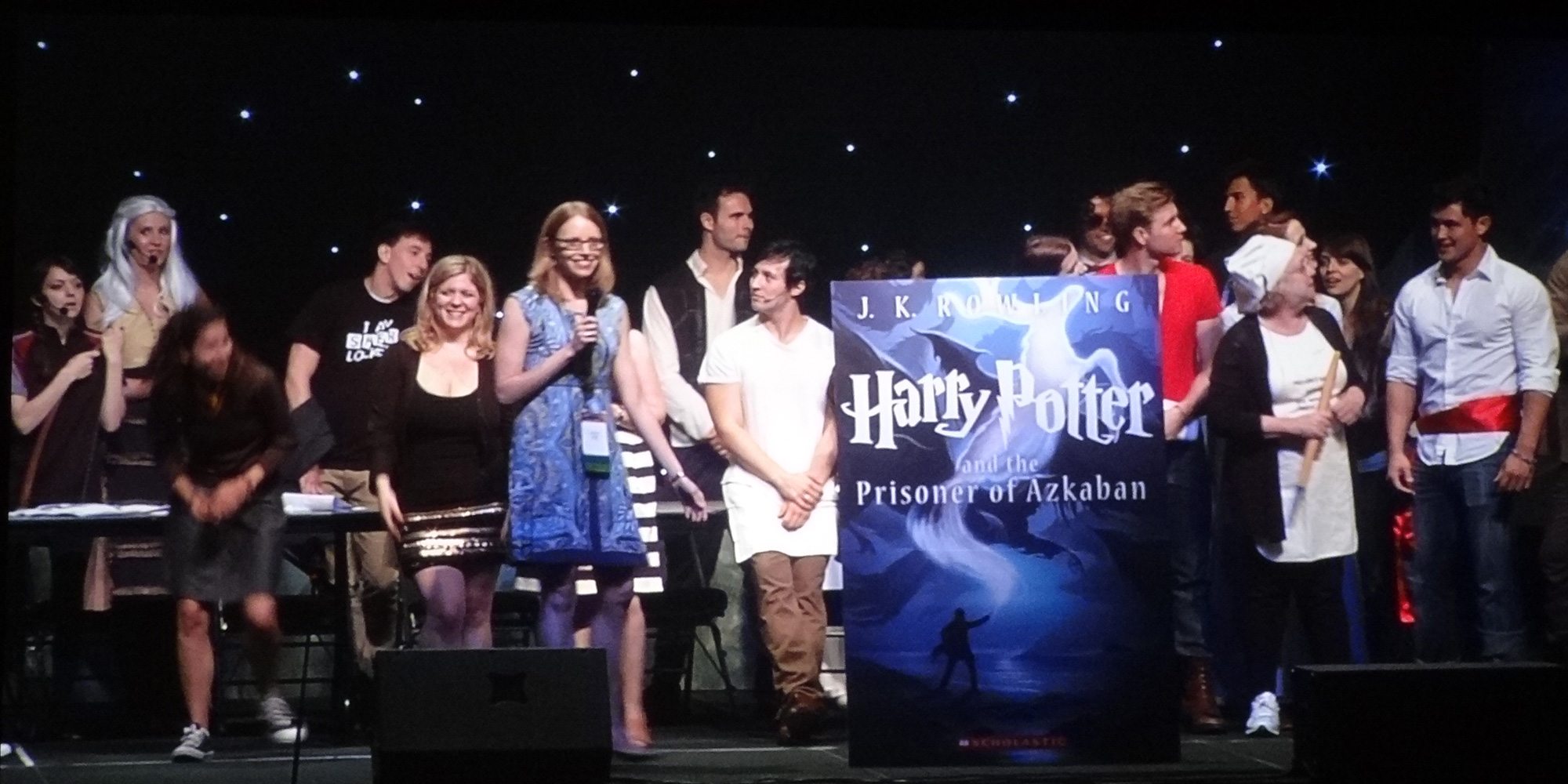 Today was the start of LeakyCon 2013, a Harry Potter fan convention that has grown to encompass fandom of all stripes. This idea was driven home by a long skit during the opening ceremonies this evening, casting many of the convention’s special guests in the roles of Ron Weasley, Loki, Rachel Berry, Buffy, Bella, Snow White, Han Solo, The Doctor, and more. At the end of the skit, amidst much applause, Cheryl Klein, Executive Editor of Arthur A. Levine, came onto the stage.

She talked about how the world has become more awesome in the fifteen(ish) years since Harry Potter was first published, in large part because of the way that fans have given life to the stories through their participation. And then, after a count of three, the crowd shouted Aparecium! and the new cover by Kazu Kibuishi was revealed.

The third cover shows the scene near the end of Book Three, with (spoiler alert!) Harry watching from the distance as the figure he assumes is his father casts a Patronus charm, scattering the Dementors. It’s a powerful image, particularly when it’s five feet high. I’d love to hang that on my wall.

The cover will be on display in the exhibit hall during the rest of LeakyCon. Watch for more about the con after this weekend!

(In case you missed the first two covers, you can find them here.)

UPDATE: You can see a hi-res version of the cover image below: 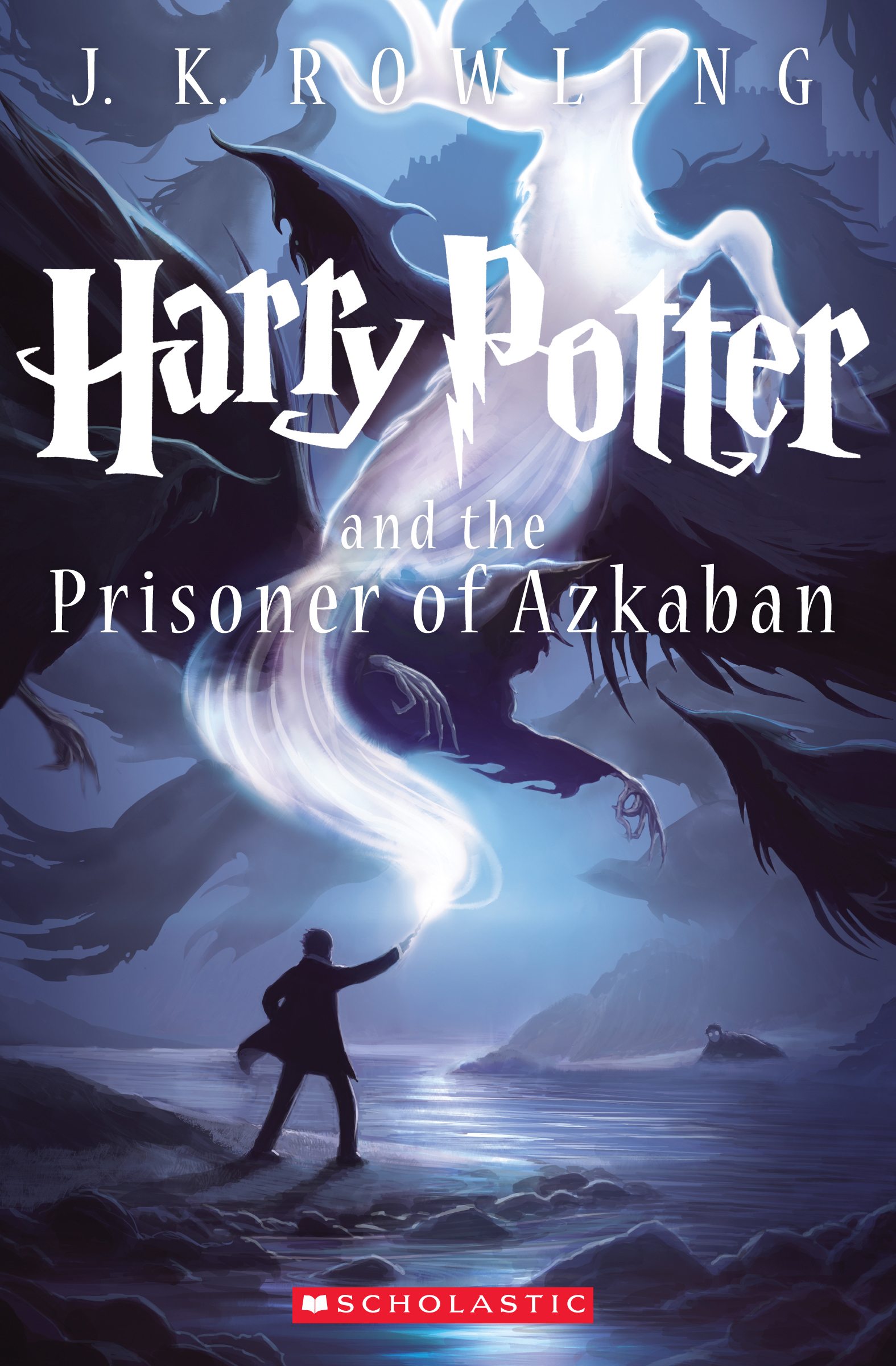 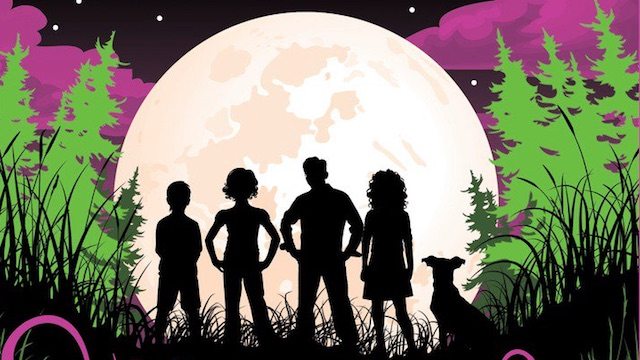 Book Review: ‘Meddling Kids’ Isn’t About Who You Think