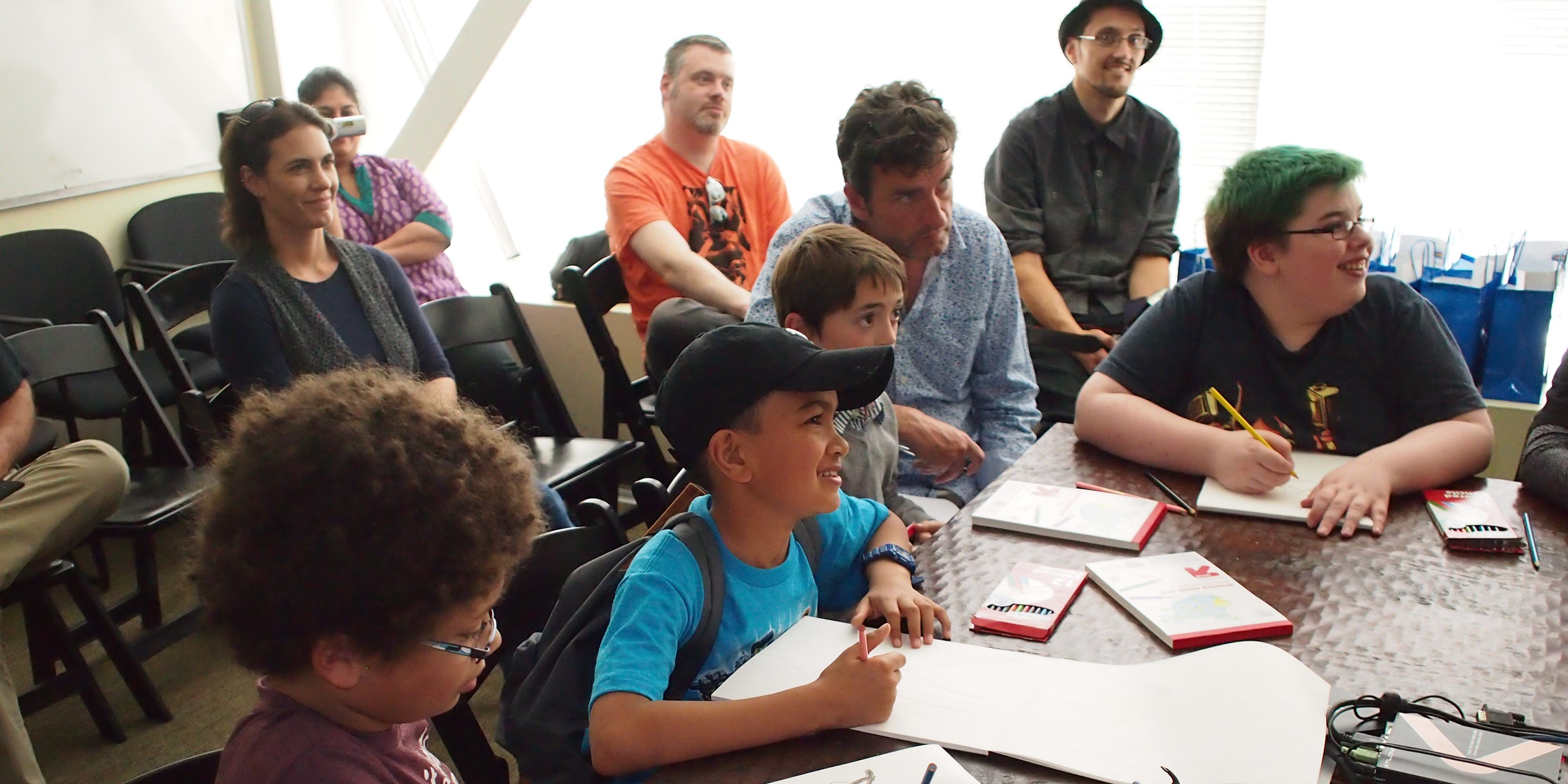 Last month my son and I traveled to Novato, California for a tour and Kid Reporter day at Toys For Bob (TFB), the studio behind the billion dollar hits Skylanders Spyro’s Adventures and Skylanders Giants.

The success of Skylanders was very evident as we walked into the office. Signs of construction greeted us at the top of the stairs and people, desks, and workstations were packed in as tight as possible. Paul Reiche, studio director and co-founder, said they were in the process of doubling their office size, but, as with any expansion project, time and demand are never in sync.

The day started with a quick tour of the offices. We walked through all the stages of development from character design and modelling through game design and play testing. Travis’s favorite people were the play testers. He was fascinated by the idea of getting paid to play games, and encouraged by the Skylanders QA team who were still happily testing Skylanders Giants, though apparently for non-English speaking markets.

After the tour we assembled in a conference room for some workshops based on three of aspects of game design. The workshops were presented by I-Wei Huang, Paul Yan, and Alex Ness.

I-Wei Huang covered character creation and design. Each of the kids was given a pad of paper and colored pencils for this part. Most of them drew their favorite Skylander, but a couple took I-Wei’s advice and designed their own.

Paul Yan led us through the process of converting I-Wei’s characters into 3D models and animating them. We were surprised to hear how little input I-Wei gives in terms of what each character should do and that he’s often surprised and delighted by what the rest of the team comes up with. TFB (and many other game studios) uses Maya for all of their 3D modeling so, if your kids have some free time this summer, learning the 3 year student trial of Maya might be a worthy investment.

All of the kids engaged with Alex Ness as he led them through a real life story development session. Alex started by listing a few of the Skylanders characters and having everyone give quick descriptions of each. From there he explored character relationships and possible short story ideas. It was revealed how Flynn’s ship came to be powered by a family of raccoons — angry raccoons. A few people suggested that Flynn and Cali should get married, but somehow I doubt that will happen.

The workshops were a great hit and generated as many questions as they answered. After a short break and a bite of lunch it was time for the kid reporters to speak with the game creators and conduct some interviews.

I let Travis, my son, take the lead here so the rest of this is a transcript of his interview with Paul Reiche. I’ll follow up in a day or two with his interview of Alex Ness and I-Wie Huang.

Travis: How did you feel working on Skylanders, knowing that Spyro had a sensitive fan base?

Paul Reiche: Spyro, in terms of economic success, its most successful years were the first two or three years, and then increasingly sophisticate games were made, but weren’t selling very well. But the people who played them loved them. So I know that we were going to step on a lot of toes, but I also knew we were going to create a lot of new toes. We were going to reach out, and hopefully, appeal to millions of new players. So we made the judgement that instead of restricting what we thought Spyro should be, we would create exactly the Spyro game that we thought was right. And just know that there would be message boards that would make us cry. But the thing is, ten years from now, when the new TFB comes along and makes a new Spyro game, there will be millions of kids, who are now adults and will write all of those comments.

Travis: How much did you research the past Spyro games before starting on Skylanders?

Paul: In a way that was easy because Spyro was one of my favorite games. I had played the first two games all the way through just for fun, and had actually played a little bit of the very last game that was done for Activision by a French publisher. So I’d played those quite a bit. In the intervening years I didn’t really know what had gone on. Fortunately we had someone at Activision, Mike Rem, and another guy, Chris Wilson, and they had been producers on Spyro all through the intermediate part. They gave us a background lesson because they came up with a lot of the story. From that we assembled all of the characters and from that we decided which of those characters we wanted. 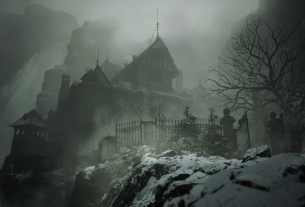 Review: ‘Ashes of Oahu’ on Steam/PC

2 thoughts on “Kid Reporter Day at Toys For Bob”