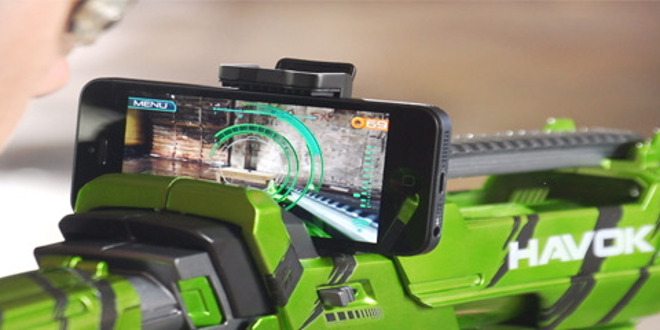 I’d dispute the claim to first real life video game, but it may very well be the first real life FPS with some augmented reality aspects. Slap a GPS capable smart phone on the blaster and engage in some real life team supremacy (deathmatch with less death) or capture the flag. Your phone becomes an on-weapon HUD which reveals the game objectives, ammo count, enemy radar, and more.

Unlike a typical foam dart gun, the TEK Recon blasters shoot a special rubber band. They call it the NRG Round, and it is a small thick rubber band that can shoot over 75 feet. I test fired one of the prototypes in their booth at Toy Fair this year and it was quite accurate and powerful. Magazines come in 25 or 72+ round clips and load as easily as a regular ammo clip.

I’m tempted to buy in at the $375 level which gives you 10 pistol style blasters and enough accessories for an all out war. You can see more in the video below, or click through to the TEK Recon Kickstarter. 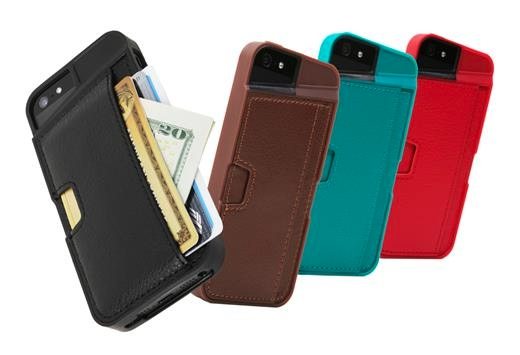