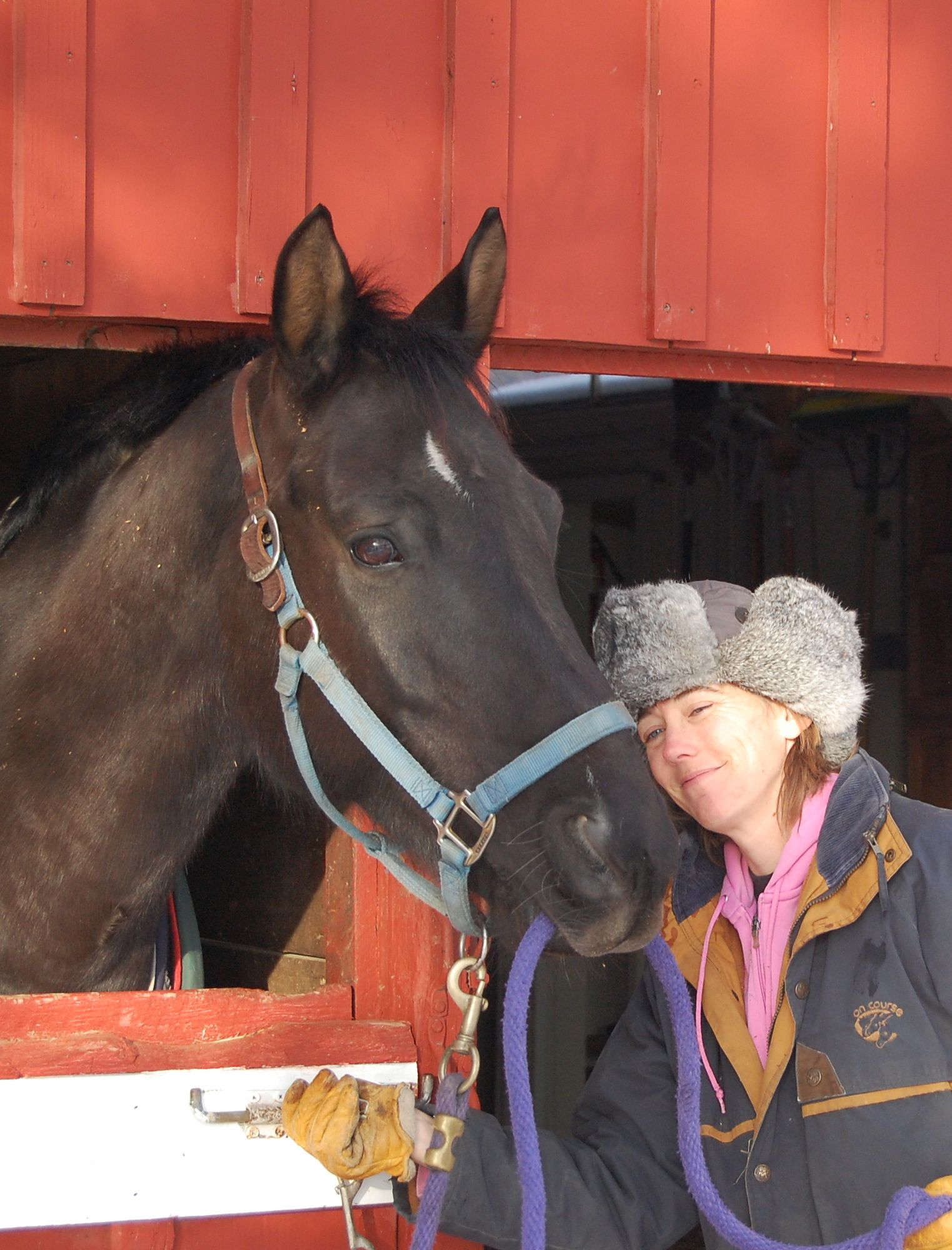 What do you get when you cross a romance writer, a science geek and a horse trainer? I’m not sure either, but it pays the bills and I’m rarely bored!–From writer Jesse Hayworth’s official bio on her website.

I’ve known Jess for years now, mostly in her guise as writer Jessica Andersen. By either name, she’s a science geek, with an undergraduate degree in biology and a PhD in genetics, both from Tufts University. Eventually, she found she enjoyed the writing more than the science and became a full-time author.

Now, she’s working on a modern western romance series. She just released an ebook, Sunset At Keyhole Canyon: A Mustang Ridge Novella that leads into the new western series, beginning with the full-length book, Summer at Mustang Ridge, which releases on June 4th.

We talked last week about what made her change her career, her long-time love of horses, and why romance novels should be viewed as a comfort, not a cop-out.

GeekMom: With your PhD in the sciences, what led you to writing?

Jesse Hayworth: Honestly? I think it was a case of burnout plus a lack of true passion for lab science. I started writing my first book as a stress reliever while working on my thesis, and things kind of snowballed from there.

One day I took a big step back and realized that where my labmates were happy to talk genetics over breakfast, lunch and dinner, and come in on the weekends to run experiments, I would way rather be writing.

So I started exploring other career options.

After detours into biotech patent law and being a horseback riding instructor, I’ve settled into a nice rhythm of splitting my time between editing scientific journal articles and my true love: writing romance novels.

The trick to keeping it real? My happily ever afters always have a bit of geek to them.

GM: Why modern westerns? What draws you to them?

JH: I’m a farm girl from way back, and love me some spitfire cowgirls and hunky horsemen, but back when I first started writing, “western” was akin to a curse word in the world of romantic fiction. So I went in other directions, writing medical mysteries and Mayan mythology-based urban fantasies under my maiden name (Jessica Andersen).

Recently, though, after some life changes and major personal “aha” moments, I found myself wanting to write softer, happier stories for my new (softer and happier) self. Fortunately, my editor loved the idea of romances set on a family-run dude ranch, written by a horse geek, and the Mustang Ridge books were born!

GM:  What’s the novella and the new book about?

JH: The stories center on a ten-generation Wyoming cattle ranch that twins Krista and Jenny Skye have turned into a dude ranch, much to their grandfather’s annoyance. But with their grandmother ruling the kitchen, the barn full of horses, and the cabins booked to capacity, there’s no question that Mustang Ridge is a success. Too bad they can’t say the same for their love lives …

GM: How did you create Mustang Ranch? Does it have an analogue in real life?

JH: The ranch is pretty much an amalgam of my thirty years dealing with horses, horse people, farming, and the instant experts that seem to pop up along the way. There’s no shortage of comic relief when it comes to putting animals and city slickers together!

GM: I noticed the hero of the first Mustang Ranch story is a doctor. Did you draw on some personal experiences for his career?

JH: Yes, but more in how hard it is to balance a medical career with having a life outside of work. Take my math-geek mom, who is heavily involved in AIDS, TB, and malaria research. Most weeks she has to fight to carve out half a day on the weekends when she can shut her computer off. But she also makes a point to set aside time for the two of us to chat on the phone or get together for long weekends, because that’s important to her, too.

In the novella, Ben doesn’t have that balance figured out. So while he and Nina had a fabulous first date (a fabulous blind date, even, and how often does that happen?), he gets busy and postpones their second date too many times, and Nina moves on. It isn’t until they’re set up a second time–this time for a week-long retreat at the dude ranch, with long trail rides and no work distractions–that things kick into high gear.

GM: What do you want the general public to know about romance writers that they don’t know?

JH: That romance novels are meant to be a comfort, not a cop-out.

Too often, I get the, “If you’re so smart, why do you write those books? They’re all the same!” But, really, the only thing that’s the same is that they all end with a happily-ever-after. The rest is up for grabs.

The other week, my hubby and I watched the movie Impossible, about the tourist family that survived the ’04 tsunami in Taiwan. About twenty minutes into the movie, I acknowledged that I probably would’ve turned it off if I hadn’t known there would be a happy ending. It was that stark, that brutal. Which isn’t to say I think that every story should (or does) end happily … but when it comes to entertainment, I will follow the characters through some really dark, disturbing experiences as long as I know they’re going to get a great payoff and a heaping helping of justice at the end.

GM: What’s your favorite thing about being a writer? Least favorite?

JH: I love working from home, love working for myself, and love meeting other readers and writers. But most of all, I love that moment when the story finally starts to gel and take on a life of its own, and I get that shivery feeling on the back of my neck that says “Holy moly, this is totally going to work!”

My least favorite part is the weeks or months leading up to that Holy Moly Moment (HMM), when I might spend a week sweating out a couple of chapters, only to go back and Ctrl+Z them into oblivion. For me, writers block means that I’m not on the right track yet. Unfortunately, the only way to get back on the path is to write the stuff that doesn’t work until I hit on the stuff that does. (And, yes, I sometimes do have the urge to type “all work and no play makes Jesse a dull girl” over and over and over again. Why do you ask?)

Karin Tidbeck’s Jagannath: Weird in All the Right Ways