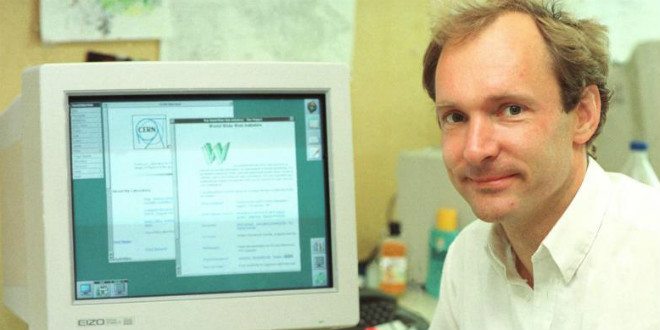 Twenty years ago today, without a lot of pomp and circumstance, a world-changing event occurred. It was one of those events where not even the people responsible for it could have predicted its long-ranging effects, one of which is that you’re reading this article.

The World Wide Web had been conceived of by Tim Berners-Lee in 1989 and actually implemented in 1990, but until April 30, 1993, it was only in use by CERN, where Berners-Lee worked and who therefore owned it. On that date, they issued a statement saying that the World Wide Web was now officially in the public domain — and thus changed the world.

Once the WWW was in the public domain, it was only a matter of time before web browsers were built for home computers. NCSA Mosaic, the browser generally considered to be responsible for early widespread adoption of the web, had its 1.0 release in November 1993, and whatever browser you’re using right now owes its existence in no small part to that.

We’ll surely never know, so if the mood strikes you, raise a glass to CERN and Tim Berners-Lee tonight and thank them for their ingenuity and foresight.