I realized when I got off the phone with the school psychologist recently that we’re heading into my older son’s last CSE (committee on special education) meeting. Yes, sure: there will be some sort of transition meeting next year where we set up the IEP (individualized education plan) that he will bring to community college after he graduates. Additionally, mid-year, we will speak with someone from ACCES about New York State’s vocational program to see what supports he might be eligible for after he graduates. But this will be the last CSE that I sit in on where I advocate for supports and services from my school district. I’m closing in on the end of a ten-year battle I’ve faced trying to advocate with my district for my twice-exceptional child…

A battle that started with the pediatrician that told me, “Every parent I see lately thinks their child has Asperger’s. It’s the new ‘it’ diagnosis.”

A battle that continued with the first few specialists we consulted. “You should enjoy the healthy child that you have,” the second neuropsychologist urged, looking deeply into my eyes, then my husband’s.

The battle that became entrenched once we got to elementary school.

When I first had my son evaluated by our school district for special education services, his Weschler Intelligence Scale for Children (WISC) scores came back as “solidly average,” with a 106 verbal score and a 95 performance score (“average” on these tests is any score between 90 and 109). These results were not going to get my son the help I knew he needed.

“That’s ridiculous,” I told the team at our first committee on special education meeting (CSE). “There is nothing average about this kid. You guys aren’t asking the right questions.”

“We think this might be a home issue, a parenting issue,” the special education chair responded. “How many hours of television does he watch each day? How often is he left with a babysitter?”

Subsequently, and only at my loud urging, subtests were performed.

It turned out that my “solidly average” 7-year-old had the pragmatic language skills of a toddler, the visual-motor capabilities of an infant, and the adaptive skills of a preschooler. Speech therapy, occupational therapy, and small group counseling were begun and resource room was provided one period each day. Later, he would also receive physical therapy and a paraprofessional would be added, first for half the day, but by 5th grade, all day, to help him stay on task and navigate the building as he attended all of his therapies.

“He is gifted, too,” I told his fourth grade teacher at a parent-teacher conference. “He is not just a child with disabilities.”

“There is nothing in your son’s tests or classroom experience to show that is true. Setting your son up for that kind of expectation is a form of abuse,” that teacher told me bluntly.

In fifth grade, for the first time, my son started acting out in class. Math was by far his weakest subject and his teacher that year was known for her ability to prep students for the state math exam, going so far as to take away indoor recess on inclement days in order to add more drill time to the day. Even with this extra time on task, my son absorbed almost nothing math-related in class, so that our nights were spent arguing over homework that he’d become afraid to do. His sleep, never great, became disturbed with nightmares where he died, I died, his brother died.

In class, he started to chew on his shirts until holes appeared around the collar and his chest reddened with a damp rash. When the teacher would announce that it was time to do math, he would throw his book on the floor and proclaim loudly, obstinately, “You can’t make me.” Additionally, when the noise in the class would become too overwhelming for him, he would hide under his desk and shout that everyone needed to “just be quiet, just be quiet.”

At that point, we decided to homeschool.

“Don’t you think you’ll be holding him back socially?” our entire family on both sides immediately asked.

“I’m thinking that the shirt-chewing and panic attacks might have already been doing that,” I posited in between large glasses of red wine.

By 8th grade we had returned to public school. During my son’s triennial review, we once again reviewed test scores. Performance and language were still average, with sub-tests still in the high and low range. Most noteworthy, however, was the drop in processing speed between 5th to 8th grade that indicated that my son was only processing information faster than than one or two percent of his peers.

“He also scores in the clinically-significant range for social anxiety, attention problems, and disorganization,” the psychologist warned.

“Wouldn’t anyone be anxious trying to keep up with a processing score that low? I’d be oppositional with that kind of a processing speed, too,” I told my husband later that night.

“Erm. You are oppositional, actually,” he replied, moving away from me ever so slightly.

“Possibly,” I conceded. “But only when I’m right.”

This same week, my son finished his first novel. It wasn’t bad. He would start two more novels in the ensuing years, getting 125 or so pages into each one before putting them away, dissatisfied with some aspect of their plots.

“I need to get to know my characters better before I move forward further,” he’d explain when I asked how things were going.

Ninth and tenth grade were relatively good years. There were bumps but also tremendous growth. Friendships were solidified, and for the first time, my son started planning events with friends without my input. He also started running with a special needs running club and found that exercising regularly helped him to stay calm. In school, he was placed in the inclusion classroom and tracked to graduate along with the rest of his class with a Regents Diploma. Most quarters, he made the academic roll. His teachers loved the passion and depth of knowledge he brought to most of his subjects (though math and essay writing continued to be challenging for him).

In other words, he was thriving. He was finally placed with the group that I’d argued for from early elementary school, on. So, logically, at the end of last year, during our annual meeting, I announced, “I think we need to move him out of inclusion.”

“What a great idea!” the district chairperson responded warmly. (It is the rare parent that requests fewer supports for their special education child.)

“Look,” I began. “We’ve all sat around this table for years now agreeing that my son is ‘college material.’ His transition plan indicates that two years from now he will matriculate at a four-year college. This assumes that, by then, he’ll be able to disclose his disability to the appropriate department within the school and then advocate for appropriate testing and classroom accommodations. Additionally, he’ll have the time-management and executive function skills in place to succeed with those accommodations.”

“I don’t see that happening. With what I believe are the best of intentions–you aren’t preparing my son for college and job readiness so much as you are preparing him to graduate from high school. You are ensuring that he passes every state exam in his way so that he can march across your stage and leave through your front doors two years from now.

“But unless we start giving him some opportunities to make mistakes and learn from them, once he walks out your door, he is going to struggle because he will still be missing important soft skills that his bosses, his teachers, and his peers will have expected him to develop here in high school. Unless we start expecting him to take on more of the responsibility for making up missed assignments, signing up for extra help, and preparing for tests, he’s not going to be able to do any of those things on his own. And that’s going to affect his ability to thrive after high school.”

I’ll be frank: The beginning of this year was rocky. There were a good number of missed and late assignments and because my son wasn’t doing as well in his classes as he had in the past, his anxiety began to climb, causing some outbursts in the classroom and necessitating some team meetings in late fall.

“You can do this,” I kept saying. “Tell me what you’ll do differently next time.”

Just as I’d hoped, learning from each mistake, my son began taking on more of the responsibility for organizing his assignments. By January, his resource room teacher wrote to tell me, “I’ve never seen so much growth in a child in just one year.”

His grades aren’t as high as they were last year but now he is independently scheduling extra help in math with his teacher when he needs it, making study dates with friends when he has a test coming up, working through his ever-present anxiety with each new hurdle…in my book, this year has been an incredible success.

When our school psychologist called last week, it was to discuss the results of IQ testing she had done in preparation for my son’s final triennial review. Poignantly, this was the school psychologist who first worked with my son on his social skills years ago, back in elementary school. She remarked on how much he had grown up, recalled how very much he had loved trains and Harry Potter when she’d worked with him as an 8-year-old, murmured affectionately, “It was so good to see him again! He has grown into such a smart, nice young man!”

Most of my son’s test scores had stayed the same, though now he was being tested using the adult intelligence test. His processing was still in the low 60’s, his math/performance scores hovered again near 100, at the average range, but my son’s verbal index score had jumped to 125–well into “the superior range.”

“He really has some tremendous gifts along with his disabilities,” the psychologist purred into the phone.

All that I could think as I listened to her walk me through the subtest scores was, “It took a while but I think that we’re finally starting to ask the right questions.” 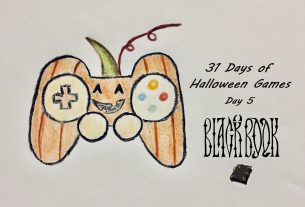 Stun ’em with a Tape Gun

5 thoughts on “IEPs, CSEs, and My Twice-Exceptional Kid”