The stars align for the first system exclusive, franchise free Lego game. Free of its movie responsibilities Lego City Undercover can simply revel in its Lego-ness. The perfect Lego game for families.

There will be many reviews that compare Lego City Undercover to other Lego video-games, and action adventure games in general, and then apply their usual scoring systems. While this is understandable, Lego City Undercover is a game I found myself judging with a more personal yardstick.

In a family setting, it’s hugely sentimental — in a good way I think and much more than the Lego games tied to particular movie franchises. Freed from being overshadowed by heavily freighted intellectual property (with its own limits and benefits) the game connects to the simple joy of Lego kits I remember from when I was young.

Rather than building something for Batman, Luke Skywalker, Indie or Legolas here I found myself wanting to explore, break and build for the sheer joy of those studded little bricks. Lego City Undercover revels in its Lego-ness, rather than the familiarity of a particular movie or super hero.

There’s a good reason why the physical Lego City kits endure longer than movie themed offerings that come and go. Lego City has always been a place to play long term, rather than visit for a particular adventure. So, in my household at least, the steady development of our Lego City’s Fire/Police and Ambulance services, places to live and work as well as all manner of civic services has been the enduring theme of our brick play. Playing Lego City Undercover was like discovering this play-mate in electronic fashion.

This also steers proceedings away from violence and fisticuffs. While there are some police-related encounters that require a degree of force the general tendency here is to arrest and restrain rather than dispatch. Something that fits well with Lego’s peaceful values of “an emphasis on free play and encouraging the imagination, and no modern warfare or violence.”

Now, before I get carried away, the game itself isn’t a million miles from the recent Lego Batman 2 and Lego Lord of the Rings offerings. Although the main city is more fleshed out and larger than the hub worlds we are used to in these games and the various missions are more entwined with the City world, this is still very much a Lego game. However, without a string of franchise characters to labor under TT Games can flex their creative muscle without restraint. This leads to a colorful cast of characters themed around their cops ‘n robbers storyline. As main character Chase, you can don a variety of outfits that grant different abilities and function in different ways.

This absence of a preconceived guiding narrative also uncovers TT Games’ ability for storytelling. We’ve always known they had the skills to tweak an existing tale in comedic and slap-stick directions but here we see them in full force. This really is a very funny game.

The comedy may be a nice-to-have addition for core gamers, but for families it draws in non-players in the room to create more of a shared experience. Like Sesame Street that is programmed to “scaffold” parent-child reactions and interactions, Lego City Undercover works hard to connect on a number of levels.

Cultural references abound, from actor cameos, to film references and in-jokes. Younger players will simply miss many of these, but the grown-ups in the room can enjoy spotted the various references. It’s the sort of thing that adds a touch of class to proceedings and would simply be too hard to get signed off on projects that involved the understandably protective movie franchise holders.

Of course collecting is a big part of any Lego game, and in Lego City Undercover it features more than ever. Not only are there endless “Studs” to grab there are also those all important “Red Bricks”, there are also the new “Super Bricks”. These are used in conjunction with certain “Super Build” sites to let players construct monstrous Lego buildings and vehicles. There’s a touch of Sim City about this as the city slowly takes shape. This being a Lego City world there are numerous ways to get around. My kids have actually spent as long exploring the different vehicles and modes of transport as they have progressing the main story. Here the game works very much like other open world adventures, you can stop any passing car and jump in on the grounds of “police work.”

This again underlined my sentimental familiarity of Lego’s designers. The vehicles in the world are immediately recognizable and tie to various real world Lego kits. Each car, truck or motorcycle handles very differently. Some may find these a little twitchy to control but actually my kids reveled in learning the way each new ride felt to steer.

Another nice little touch here is the Lego City High Speed Chase (60007) kit that includes vehicles and characters from the game. Not only that but it also provides an unlock code to grant access to extra missions and vehicles in the game itself. This led to my kids recreating some of the scenes from the game back in the real world — just like they do in Skylanders Giants. I really like this crossing of the physical-virtual divide. Lego City Undercover on the Carpet

A favorite pastime of my children was to find the biggest vehicle (most recently an articulated truck) and then race around the city crashing into smaller cars. The game grants larger vehicles more strength and momentum that means it can send other vehicles flying on impact. It’s one of a number of simple mechanics that make the game work as a play-space for younger gamers — and regularly has our kids in hysterics.

The game is controlled by the Wii U controller, which works well although it unexpectedly uses the sticks rather than tilting to steer. This makes the vehicles slightly harder to control for very young players, but ensures the map and information on the controller screen are always visible.

The Wii U controller is also used in a special scanning mode where you hold it up in front of you to look around the world in real space. It’s a simple trick, and one we’ve seen before, but it really does add to the immersion of the game – extending the experience out into the room around you as the player spins on the spot to find hidden characters and Lego bricks.

This may be one reason why the game is only one player — compared to the usual split screen action these Lego games offer. The addition of another Wii U controller is not something that Nintendo have tackled yet, and would add considerable cost to the Lego City Undercover offering.

I do wonder if they couldn’t have included a Wii-Remote powered second player option, even if this was only some kind of assistant mode. My son even had a dream about a two-player version of the game, only to wake up disappointed to discover that was not (currently) a reality. Maybe there is scope for this with the upcoming 3DS version, in a similar way to how Monster Hunter functions on the Wii U.

That said, the nature of the game and combination of TV and controller screen does invite collaboration. Our family of five (and a couple of visiting children for a time) were happily engaged in progressing through Lego City Undercover together. It’s the sort of experience where you want to shout out ideas about where to go next or how to solve a particular problem. This play-style also mitigated the biggest short coming of Lego City Undercover for us — the long load times. The game can take a good 30 seconds to load, which I’m sure some will take exception to. Although this was a bit of a pain, my kids seemed to use the time to formulate their plan of attack — or dash off for a toilet break.

Other negatives may be the lack of side quests in the main city as well as an absence of interior locations for many of the buildings. However, this criticism comes more from preconceived ideas about how a Grand Theft Auto style game should function rather than an appreciation of who this game will really appeal to and how they like to play.

The balance is a tricky one, but I think TT Games gets it right. There is a sense of simplicity and accessibility to Lego City Undercover that comes from an intelligent use of restraint. It would have been easy for them to pander to core gamers’ expectation only to over complicate the experience for younger gamers. My 5, 8 and 10 year olds could all play it very happily. It should be noted that it is rated ESRB 10+ for ‘cartoony’ firearms, grabbing and throwing enemies and slamming into vehicles (along with some bathroom humor and flatulence).

As you can tell I’m rather keen on the game. As I see it this could be a real Wii U system seller for families. Add in the prospect of the 3DS version and you have the making of a very special experience indeed.

Tired: Only one player, no tilt steering.

Lego City Undercover on Wii U is available from Amazon for $48.99. They also list the 3DS version for $29.99 on 21st April, a date unconfirmed by Nintendo. 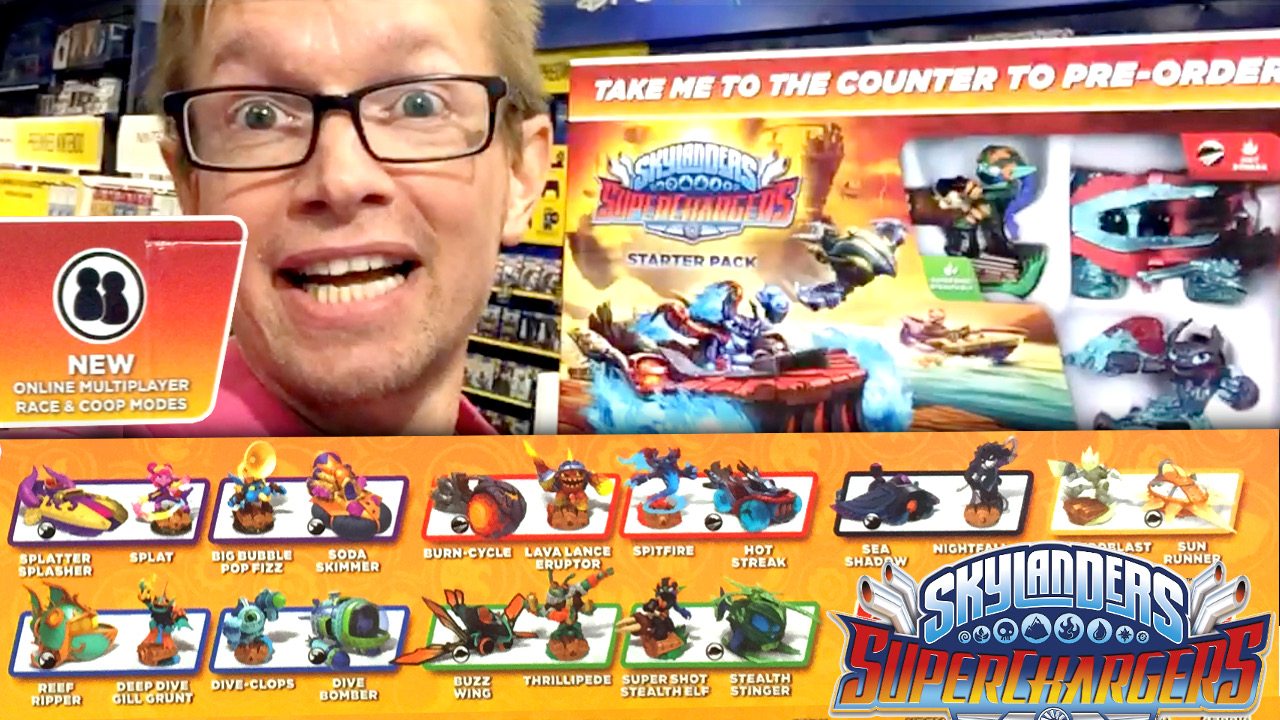