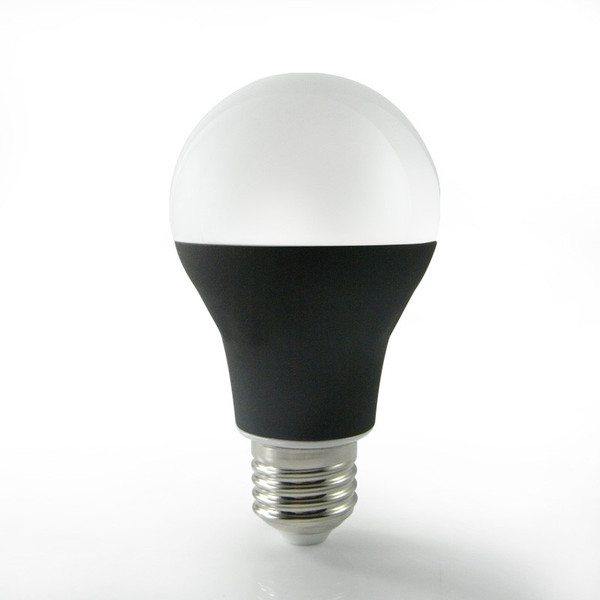 Our UK friends are months ahead of us here, but for the American crowd last night was a banner night: the long-awaited premiere of Downton Abbey Season Three. Like last season, I’ll be hosting a GeekMom open thread each week. Let’s dive right in, shall we?

SPOILER WARNING! If you aren’t caught up to season three, don’t keep reading. Clear your calendar and do some marathon viewing so you can join us here ASAP. All righty, recap and discussion after the jump!

When last we saw the denizens of Downton, in the 2011 Christmas special following Series Two, it was the winter of 1920 and Matthew had just proposed to Mary, and she, at long last, had accepted. A development I completely and totally forgot during the hiatus, so that when last night’s episode opened (in the spring of 1920) with their wedding rehearsal, I was floored. Floored! At first I thought the writers were faking us out—that M&M were stand-ins for some other wedding couple. But no! It really was Matthew and Mary, getting hitched at last, and the entire village was aswirl with preparations.

Causing consternation among various parties is the question of whether Lady Sybil (now Mrs. Branson, married and expecting a baby in Ireland) will or will not attend the wedding. Mary wants her to come; Lord Grantham glowers at any reference to his chauffeur-turned-son-in-law. Isobel is determined (because Isobel is always determined) that Sybil must be present, and thusly determines to send Sybil money for passage — causing the Dowager Countess to give one of her patented Disapproving Looks. Later we’ll learn that the Look didn’t mean quite what we think it did.

Below stairs, tension is introduced in the form of one gangly Alfred, the nephew of O’Brien, whose work history causes Carson to grow extra grizzles in his eyebrows on the spot. O’Brien, undeterred, smoothly manipulates Lady Cora into convincing a distracted Lord Grantham to hire the lad. (Later, upon hearing a new footman has been installed, Lord Grantham will react with the same bewilderment I felt upon seeing Matthew and Mary at the altar.) Alfred, as is required of all new Downton Abbey employees, gets off to a dodgy start: “You’re too tall for a footman,” declares Carson, and you can almost hear the Downton mortar crumbling at the indignity of a former hotel waiter serving the family at dinner. (Relax, beautiful house; we’re soon to learn that Alfred is the least of your worries.)

Thomas — now installed in his dream job as Lord Grantham’s valet, since poor old Bates is off in jail — seems to object to very existence of Alfreds in the world, and immediately starts dripping his customary poison. This time, however, he’s up against an adversary with fangs as lethal as his own: the formidable O’Brien, whose master plan is to see Alfred rapidly promoted to the position of Matthew’s valet. (Poor Moseley, everyone’s last choice, as usual.) I expect some of our best fun this season will be the showdown between these two. In this episode, the first volley is fired: Thomas sabotages Alfred’s attempt to clean a stubborn spot off Matthew’s tails; O’Brien retaliates by hiding Lord Hugh’s dress shirts on the night of a Very Important Dinner (about which, more later).

Meanwhile, there are people who have graver things to worry about than shirts. Mrs. Hughes has a lump in her breast, and the initial tests are ominous. She’ll have to wait two months for the lab results to come in — two months! And if the news is bad, as all signs indicate it will be, then what? Her stoic despair is heartbreaking, and it was extremely touching to see Mrs. Patmore offering staunch (if clumsy) comfort to the housekeeper with whom she has so often clashed.

Anna keeps trotting off to visit Bates in jail, who twinkles lovingly at her and downplays the trouble brewing with his new cellmate. Anna, while cleaning out the Bates house in preparation for tenants, has found an appointment book belonging to the first Mrs. Bates, and presses Bates for information about all the people mentioned; Anna, starring in her own private CSI: London, is convinced the truth about Vera’s murder (or baffling suicide) will be revealed by interviews with one of these contacts. Bates is doubtful, and possibly even reluctant to have Anna investigating with such zeal. It seems clear we, the viewers, are meant to have some doubts about Bates innocence, even if Anna does not. These doubts are intensified by his violent physical reaction to his cellmate’s vague threats — but the heavyhandedness of that scene (look what Bates is capable of when pushed too far) doesn’t match the modus operandi of Vera’s killer. We might believe Bates could fly off the handle and strike her (as he very nearly did the first time she visited Downton), but serving her a precalculated arsenic pie? That’s O’Brien territory. Or — here’s a hairbrained notion that keeps occurring to me — in an Agatha Christie novel, the killer would turn out to be Mosely, plotting in quiet desperation to get Bates out of the way so he could land that valet gig he’s always wanted.

Back at the house, Lord Grantham has learned, to his horror, that the bulk of Lady Cora’s fortune is gone — lost in a bad railway investment. The fate of the estate is at its most precarious. He breaks down in tears, telling his wife. And she reacts with incredible grace, comforting him, absolving him, assuring him that everything will be all right, even if Downton Abbey has to be sold. (Which, as Mary will fling at her later, is extremely American of her. “Proving that I am English and you are not,” Mary rebukes, smilingly.)

Financial salvation lurks on two fronts, both stubbornly resistant. Matthew learns that Lavinia’s father — believing Matthew to have been his daughter’s true love, unaware that Lavinia’s deadly bout of Spanish flu was complicated by a broken heart — has left Matthew all his money. There’s some runaround about another possible heir who turns out to be dead, and the question of Matthew’s inheritance hangs upon the date of his death — will the other fellow’s heirs inherit, or will Matthew? Either way, Matthew declares he can’t possibly keep the money, not even to save Downton. Mary rages at this — “You’re not on our side” — and vows to cancel the wedding. (Um, hello, Mary? Remember Season 1 when everyone was begging you to marry Matthew to save Downton?)

Enter Branson, who plays the role of catalyst in a number of relationships in this episode. At an comfortable dinner shortly after Branson and Sybil’s arrival (with the family in various stages of joy and fury, and all deeply curious to know who provided the funds for their trip; surprise of surprises, it was Violet! — so that’s what that Look was about), a former beau of Sybil’s spikes Branson’s drink, leading him to spout off about politics even more brashly than usual. It’s Edith’s beau, Sir Anthony, who saves the day, having witnessed the drink-spiking. The Crawley family reacts with outraged dignity and rallies in support of their drugged-not-drunk, improperly dressed, infuriatingly Irish, how-dare-he-work-for-a-living in-law, chastises the nasty former beau (as does his own father, who’d clearly like to horsewhip him) and, in a magnificent gesture, Matthew asks Tom Branson to be his best man. (“Brothers-in-law with such high-minded wives must stick together.”) It comes off as sincere and very sweet, and Tom immediately proves his qualifications by saving the whole darn wedding — pointing out that of course Matthew and Mary will always fight, but Matthew will not be happy without Mary as long as she walks the earth. Which Matthew, of course, realizes is absolutely correct, and furthermore that the same is true for Mary. With the help of Anna and Tom, Matthew gets a chance to share this revelation with Mary even as she’s attempting to call the whole thing off, and they kiss with eyes closed (because it would be unlucky for Matthew to see the bride). (But Mary peeks.) (Of course. If there’s fate to be tempted, Mary will have to tempt it.) And the wedding goes off beautifully the next day, as scheduled. Mary’s gown is as stunning as anyone could wish.

I’ve not even begun to touch upon the Other Huge Personality in this long episode — Cora’s mother, Violet’s nemesis, played to the hilt by Shirley Maclaine — who barrels in with America this and America that, and Out with your hidebound traditions, and Aren’t you cute. Violet writhes in incensed horror the entire time, is often tongue-tied, enduring comic paroxysms of silent outrage — because of course she’s hoping the other grandmother will kick in some funds to save Downton. Again. Violet and Mary cook up a scheme: a big fancy, well-attended dinner to show off Downton at its finest — proving, to borrow Mary’s words, that they are not American. The party is poised for disaster — Mrs. Patmore spent the episode ignoring Daisy, who at one point goes briefly on strike, and is repeatedly shown fighting with a smoky oven whose chimney won’t draw properly; and so it’s discovered at the eleventh hour that the party dinner can’t actually be cooked. Even worse (depending on whom you ask), the O’Brien/Thomas feud means both Matthew and Lord Hugh have to wear black tie, not white. The horror! (“Oh, sorry,” says the Dowager Countess to her son, “I thought you were a waiter.”)

The fancypants guests are arriving, there’s no food, all is ruined — at which point the zany American grandmother steps in. (I kept being reminded of that time the wacky aunt came to visit the Brady family, the one who looked just like Jan as a girl.) Forget the fancy dinner, put out some snacks, we’ll picnic all over the house. Carson ages another decade, fripperied guests have the time of their lives poking into all the off-limits corners of Downton, and another crisis is averted. But this, too, signals the End of An Era to the old guard, and this theme was hit quite hard at every plot twist. The times, they are a-changing. Why, Mary and Matthew even bought a car on their honeymoon.

I’ve given short shrift to Edith (like everyone else in her life) but I must dash off in my own horseless carriage to pick up a friend at the airport (the times, they have a-changed) — so I’ll leave it to you to discuss her tortured romance, and Isobel’s employment agency for wayward girls (enter Ethel), and all the other things I’ve left out. I’ll also want your entries for Best Bon Mot. My vote: “She’s like a homing pigeon. She finds our underbelly every time.” (Violet re her nemesis, of course.)

What did you think?

Who Was Your Sam? 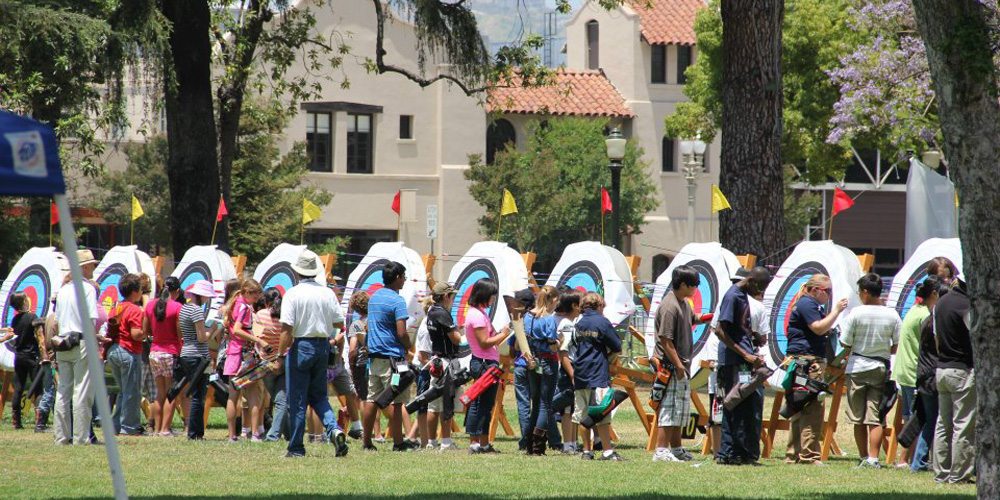