Well. That happened. I finally went to see The Hobbit in the theaters. I even opted for the 3D high fps stuff, and sat for three hours following one of my favorite stories of all time on the big screen. To say that I had big expectations is putting it mildly. To say that the film didn’t quite hold up is both hugely disappointing and, in lots of ways, inevitable. Peter Jackson’s Lord of the Rings films are huge shoes to fill simply because LoTR is a better, grander, more epic story. Stretching one book into three movies is quite a feat, made more complicated by some rather quizzical choices on the studio’s part. Ethan Gilsdorf over at GeekDad did a great analysis of some of the issues that he found distracting.

First, I’m not talking about the fps thing. That’s a post in and of itself, and the more I research it the more I realize it’s going to take a lot more than a bullet point critique to wrap my head around it. To be honest, I thought the high fps was innovative and really changed the way I saw the film. But like I said, that’s not the focus of this piece. Some of these points are related to fps, but the actual choice and technology I’ll leave to another day.

Caveat: I am a huge Tolkien geek. I realize that I am the worst demographic to please. I spent the majority of the early aughts running around the Elendor MUSH pretending to be various hobbits and delving as deeply as possible into the books to be as thematic as I could. I played Sam, Pippin, Merry, and a variety of other feature characters, and read LoTR close to a dozen times. I’m also a geek and a writer and I tend to examine things to within an inch of their lives.

That said, I really enjoyed the Lord of the Rings films, and was pretty much expecting to feel the same about The Hobbit. I even chalked up some of the negative reviews out there to people who didn’t get Jackson’s vision or that the film was supposed to be lighthearted. I wanted to be an unflinching champion for the film, but I can’t. I’m not saying it wasn’t worth the money or that I didn’t enjoy it, but it was certainly not on par with the other films. There are plenty of things that I loved, but quite a few things that are still leaving me scratching my head.

You see, I have a bit of a list, so I’ve narrowed it down to six to save your eyes and my brain.

(It probably goes without saying, but here be spoilers!)

Smoldering Sexy Thorin. Yeah, yeah. I get that dwarves aren’t, well, inherently sexy to humans. And I get that we want a hero and, given the source material, Thorin Oakenshield really fits the bill. But the whole time I’m watching the movie, I feel like we’ve got Aragorn, Jr. going on here. I mean, like Kili, Thorin doesn’t even look remotely related to the other dwarves. It looks like their lines were interbred with elves, or something. Short beards, impeccable grooming, etc. And while Thorin’s past is important and exciting, I’m still scratching my head as to why he’s got to sit there and stare with a look between smoldering sexiness and puppy eyes for the first half of the movie. Sure, he hits his stride halfway through, but even so. It took me a very long time to warm to him. Okay, maybe it has to do with the fact that in my mind I always see Thorin from the Rankin-Bass film. But I feel like I could have done with an adaptation that didn’t look like someone from the cover of GQ. Yes, he’s a very attractive man. That’s not the issue. He just didn’t feel much like Thorin Oakenshield.

Gratuitous Amusement Park Action. I’m not really sure when “action scenes” became synonymous with “make it look like it’s something out of Universal Studios” but, seriously? The business in the Goblin Kingdom with the collapsing walkways and structures just blew my mind. It went beyond robust fantasy action, which the LoTR films certainly had, into absolutely out-of-my-seat incapability to suspend my disbelief. And I won’t even get into the trouble with dwarf skeletons, which I’m pretty sure have to be forged of adamantium to survive the kinds of blows and bashings they endured throughout the film. Don’t even get me started about the mountain warriors, which were some weird cross between rock Transformers and Rock ‘Em Sock ‘Em Robots. I will pretend that didn’t even happen.

Uneven Performances. So I’m going to have to see the movies again, outside of the 3D 48 fps realm to make a final verdict on this. While I liked the fact that at times it felt like there were dwarves close enough to touch (y’know, if you’re into that), I felt that in general the acting was uneven. I think 48 fps is more unforgiving in that respect, since it does feel as if you’re watching a play rather than a film. But what happens is that the camera catches everything. For some, like Martin Freeman, Ian McKellan, and Ken Stott (who plays Balin–which was impressive considering all the makeup he had to work though) it’s not a problem. For others, it was distracting. There wasn’t that feeling of companionship you get from the ensemble in LoTR. In some cases it was like they didn’t even know what to do with themselves.

Magical Hand-Waving. Yes, this is a fantasy. Yes! There are dwarves and necromancers and wizards and everything. But to me, one of the great things about magic in Tolkien has to do with its relative rarity and, well, danger. The Elves are starting to leave, it’s only 60 years from when Sauron is defeated. Magic is a dangerous business, and unpredictable. So why does Gandalf’s hat stay on his head during every scene (yet not in Rivendell, apparently)? How is Radagast’s “sleigh” capable of over-terrain travel, let alone propelled by rabbits? (Rabbits?!) Why does Galadriel vanish? Why does the ring go into slow motion and fall so precisely on people’s fingers every time? Why didn’t they just take the Eagles in the first place? (Okay, so that’s one that’s inherited from Tolkien already, but I’m on a roll here.) This is all to say that I’m fine with a little smudging the lines. I don’t need to know exactly what Tom Bombadil is. But I felt like this film went from plausible magic, if there is such a thing, to rather silly.

Playing the Music Card. There’s something familiar about the soundtrack to The Hobbit. And while I was expecting a certain amount of similarity to Howard Shore’s original score, I had to admit that I started to feel played right at the beginning. In the Shire, the “Concerning Hobbits” theme starts up. And tears spring to my eyes, because I remember. I remember Frodo and Sam and Pippin and Merry, and their journey from humble beginnings to the very darkest places in the world. And look! There’s Frodo! And… but, no. That’s a little cheap, isn’t it? Throughout the film I sort of winced when the music took a turn for the nostalgic, because it really is one of the most emotive devices on the planet. The Ring Theme, that’s expected. But I felt like leaning on previous themes was less an homage and more of a crutch for a film that certainly doesn’t hit anywhere near as many emotional notes.

What Kind Of Movie Is This, Anyway? I’m pretty sure that The Hobbit is a children’s book. But with Peter Jackson at the helm, and the gratuitous violence (ranging from comic to gore) it’s a little hard to say. Sometimes the movie was slapstick funny (see: dwarves, Radagast); sometimes, it had echoes of LoTR (long scenes in Rivendell with lots of talking and Galadriel making crazy eyes); sometimes it was touching; sometimes it was rowdy and oddly choreographed (see: Amusement Park Action above). Yeah, I get that things have to be trumped up for the movie screen. At this point a huge portion of my favorite books have been turned into movies, so I totally understand embellishment. It’s just that this time it felt as if the movie really didn’t even get its footing until 3/4 of the way in. And that’s a long time to sit to get in the groove. Especially for something that’s adapted from a children’s novel.

My final analysis goes something like this: I liked the movie. I did. I’m even compiling another post about the things I loved about it, to be fair. But I liked it in the same guilt-inducing way that I might really like good fan fiction. It had old friends, it was familiar, it played to my most beloved hopes and dreams concerning hobbits and dwarves and adventures. But there were simply moments where I was pulled completely out of the spell. Where I felt as if maybe it was trying a little too hard. And, geek that I am, I just can’t sit back and say it was brilliant when, in fact, it could have been better. Hopefully the series is just getting its footing and, next time we visit Bilbo and his company of dwarves, it’ll be easier to get lost along with them. 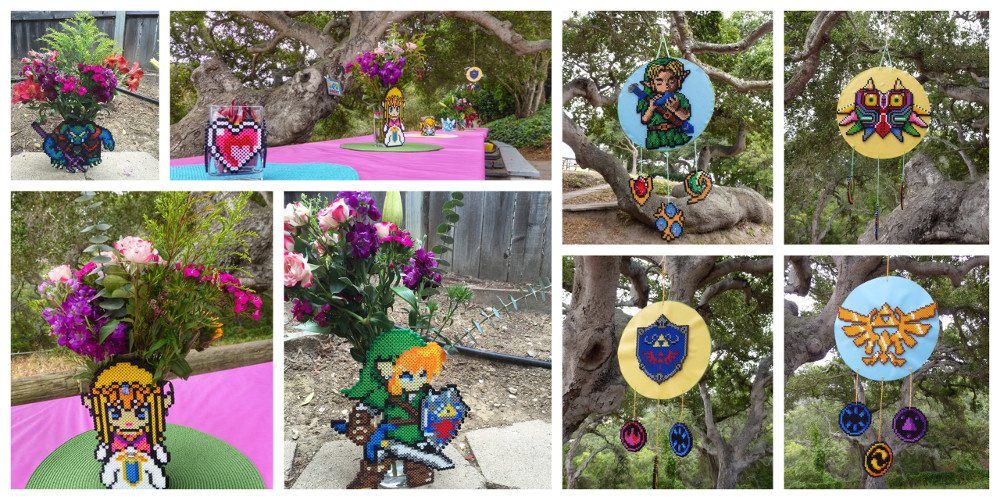 How to Throw a ‘Zelda’ Party 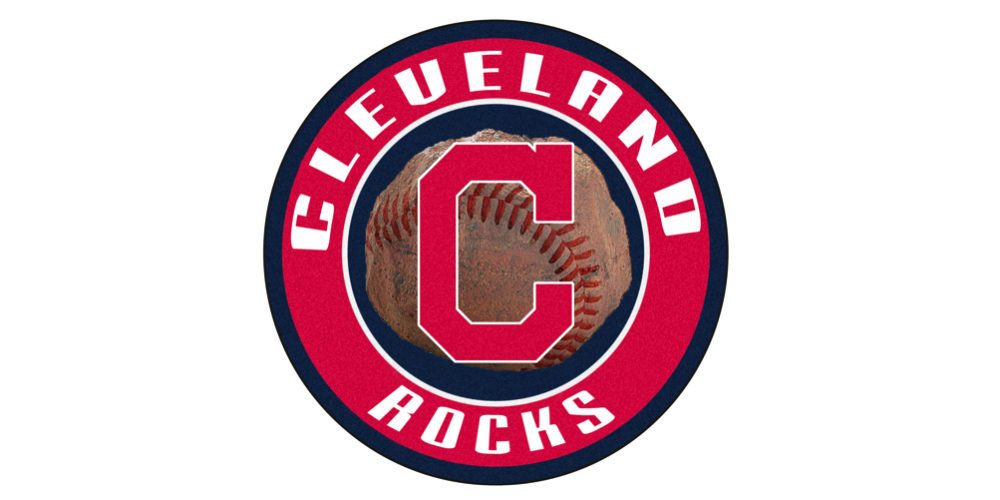 9 Reasons Why the Indians Should Become the Cleveland Rocks

You Can Now Rent Your Favorite Lego Sets